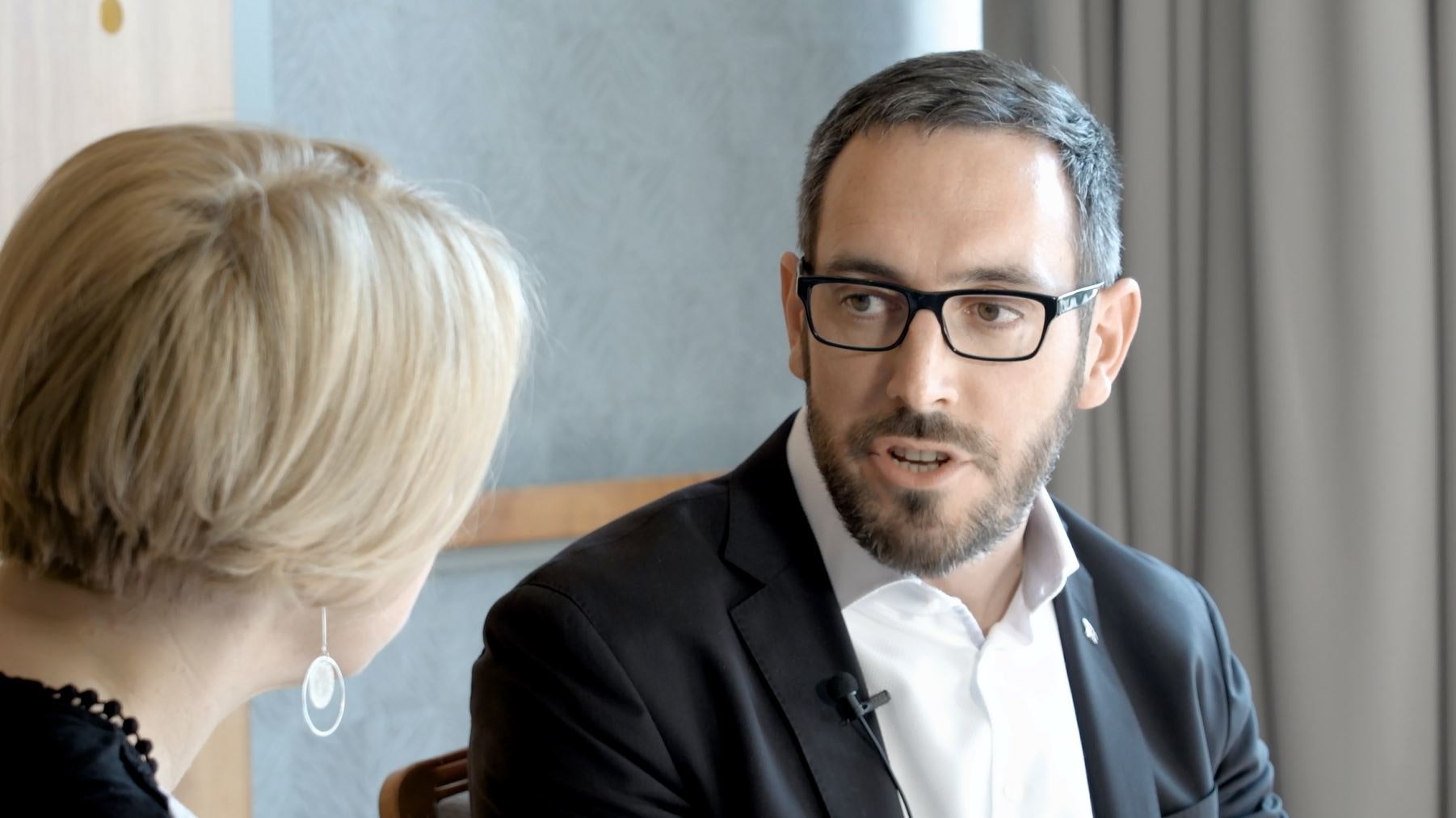 Marko Zubic is Strategic Business Development Director of Oil and Gas at Bilfinger, a European energy industry infrastructure developer with reach into international upstream, midstream and downstream markets. In our interview with him at Flame we discussed the health of natural gas infrastructure investment in Europe and the US.

“The level of investment that we see now is quite high, so for service companies and companies doing projects, we see a much better market now than we did three or four years ago.”

Q: Where would you say Bilfinger is concentrating at the moment?

Zubic: We went through a number of positive changes over the last couple of years. When Tom Blaze became our new CEO three years ago, we came up with the 2-4-6 strategy.

2 refers to the project segments where we are – we do projects and also we do the maintenance activities. 4 is for the regions where we are. We focus a lot on Europe, which we divide into two regions, continental Europe and North West Europe. We also cover the US and the Middle East.

Those are the regions that we focus on, and where we offer our clients projects in gas and oil infrastructure up to €100 million in value.

Q: It’s a very interesting time in the industry, because there is a shift in where investment is flowing. What change are you seeing in the market?

Zubic: We have seen a lot of positive changes over the last couple of years. Especially here in Europe the gas infrastructure is quite mature; the oil and gas industry is in general very mature; and there weren’t many investments over the last decade.

The level of investment that we see now is quite high, so for service companies and companies doing projects, we see a much better market now than we did three or four years ago. In Europe, those are projects of €50 - €100 million.

Q: What sort of projects are they?

Zubic: In Europe over the last couple of years we have seen a lot of new developments. At the conference here over the last few days we have heard a lot about energy diversification – about different routes to supply gas to Europe.

We have a couple of big pipelines coming: the TAP pipeline and also NordStream 2 bringing additional gas to Europe. We also have LNG import terminals that can bring American gas to Europe, but of course we need internal infrastructure in European countries to be adjusted to be able to send that gas from one country to another.

Also the Groeningen gas field is going to stop producing. That gas has to be replaced, which requires different flows of gas and also a lot of additional compressor stations to be built and modified. Those are exactly the projects of €50 - €100 million that we are looking after.

Q: Are you still finding that people are ready to invest in LNG projects in the current pricing environment?

Zubic: In Europe for LNG import terminals there is sufficient capacity, but it’s not only a matter of capacity but of energy security. In case the pipeline supply from Russia or Ukraine gets interrupted or stopped and new pipelines are not ready, the only option for Europe is to get the gas from LNG terminals.

We need that in Europe to ensure that we have different sources of gas. I think it’s good for the market to have that competition, because then the end users will be paying the lowest price.

Q: Are you still finding companies wanting to invest in gas projects when many shareholders and policy makers may be saying that we should be choosing pure renewables? Investors want to see a long-term return.

Europe still needs gas, and over the last two days we heard a lot about the forecasts for when Europe is going to plateau and then decline in gas consumption. There are still some years ahead when Europe will need a lot of gas from fossil origins, after which it will be slowly replaced by gas from other sources.

Q: Are you working in China?

Zubic: We don’t work so much in China. We used to have operations in Asia as well, but it was decided that we leave that market. Our focus is on Europe, the Middle East and America.

Q: Are you seeing a lot of exporting from the North American market?

Zubic: Yes, there are a lot of LNG terminals. Today we heard about some new FERC applications that are going to be filed, and permissions that are waiting to be awarded.

There is going to be a second wave of LNG export terminals that will happen on the South Coast, which means that more LNG is going to be available for Europe and for other regions. So definitely there are projects that are happening and are coming up.

Participate in the debate about the future of energy. Visit the Gas, LNG & Clean Energy Series home page to discover new opportunities in the energy space.