Fuelling the Rise of European Innovation: Advances in Biotech Partnering 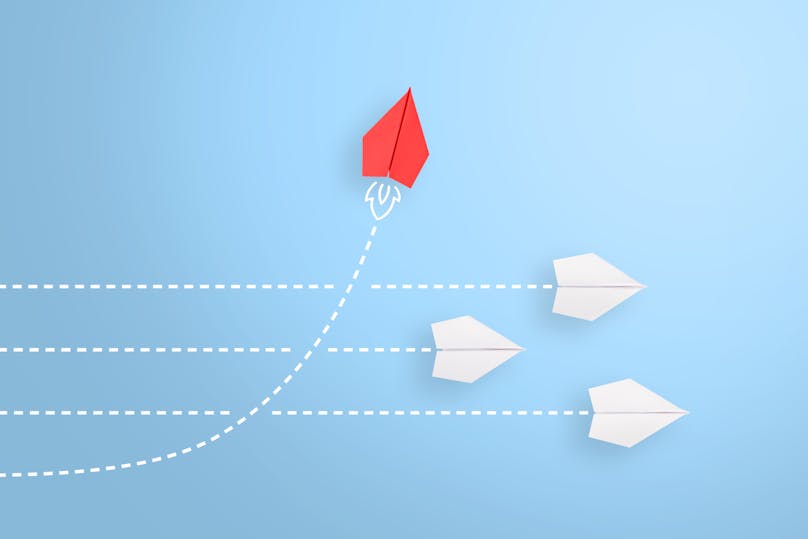 Biopharma companies in Europe have witnessed a surge in partnership activity as the life sciences sector has risen to meet the challenges presented by Covid-19. European innovators have an opportunity to remain at the forefront of biomedical breakthroughs, making deals that expand the footprint of their discoveries and translate them into cutting-edge therapies. Maintaining this momentum in scientific innovation over the long term will require a sustained commitment to advancing progress in partnering, as well. Fortunately, we have some great examples to serve as inspiration.

One important advance driving European biotech partnerships is the availability of more capital from continental investors following successful exits. Examples of this can be seen in the life sciences division of the French private equity firm, Andera Partners, German VC investor MIG Capital and the Family Office of Andreas and Thomas Strüngmann.

Kicking things off in January, Andera Partners sold its Life Sciences’ portfolio company Arvelle Therapeutics to Angelini Pharma in a deal valued at up to $960 million. Andera co-led the $207.5m Series A financing of Arvelle in February 2019 and joined the company’s board of directors. With the Series A funds, Arvelle in-licensed European product rights to Cenobamate from SK BioPharmaceuticals, prepared regulatory submission for the drug candidate and established a European structure. The transaction was the second trade sale from Andera Life Sciences BioDiscovery 5 fund portfolio, following the sale of Corvidia to NovoNordisk for $2.1Bn in the summer of 2020.

A string of successes and profitable portfolio company exits led to Munich-based VC firm MIG Capital’s record year in 2020. The firm took an early stake in mRNA vaccine developer BioNTech of about €13.5 million. That seed financing with major investor, the Strüngmann Family Office, was one of the largest rounds in Europe to date with around €150 million. Ultimately, MIG Capital’s investment would lead to a total of € 750 million in return flows. In another successful 2020 exit, MIG Capital portfolio company Immatics Biotechnologies raised $253 million with its Nasdaq listing through a Perceptive Advisors SPAC.

Germany’s Strüngmann Family Office has played a significant role in helping set European biotech companies up for future success. The private office provided the BioNTech founders a large upfront investment and allowed them to retain significant amount of control with a 25% stake in the company. The deal would eventually lead to BioNTech’s strong position in negotiations with Pfizer in 2020 on a Covid-19 vaccine collaboration.

Strüngmann was also a founding investor in Bayer’s anti-infective division spin-out, AiCuris and remains an important stakeholder. The biotech’s success is based on its lead compound Prevymis (Letermovir), a first-in-class non-nucleoside cytomegalovirus (CMV) inhibitor acting via a novel mechanism of action. Initially developed by AiCuris, Prevymis was licensed to MSD in 2012 for upfront and milestone payments of up to €442.5m in total and is now approved in the EU, the USA, Japan and other parts of the world. The royalties AiCuris gets from MSD are partially sold to Royalty Pharma, enabling the biotech to further advance its proprietary pipeline of novel treatments against infectious diseases including its phase 3 drug candidate pritelivir for the treatment of HSV infections in immunosuppressed patients without losing the possibility to participate on future revenues from Prevymis.

In addition to greater financing possibilities, support in Europe for important innovation right from the very start of development is helping advance biotech partnerships. Paris-based Truffle Capital works closely with universities to select and transform their most significant inventions into major technological innovations, novel medical devices and effective drug treatments. One case in point is immune-oncology start-up Diaccurate which Truffle co-founded and most recently backed in its successful effort to acquire a clinical stage, targeted cancer therapy from big pharma player Merck KGaA. With the early support from Truffle, Diaccurate managed to upend the traditional model in drug development acquisitions and transform from a start-up into a clinical stage company with three sole-in-class assets. Merck KGaA successfully completed Phase I for M2698 (now DIACC3010) and Diaccurate is set to start Phase II for solid tumours enriched with PAM mutations and aggressive lymphomas by H2 2022.

Diaccurate has its scientific origins at the Institut Pasteur and has since attracted Nobel prize winner Professor Tasuku Honjo--credited for establishing PD1 as a target in immuno-oncology--to chair its scientific advisory board. Another member of the SAB is Prof. Christoph Huber, co-founder of BioNTech.

Truffle was also the founding investor of Abivax, a clinical-stage biotech company developing novel therapies that modulate the physiological inflammation and immunological pathways to treat patients with chronic inflammatory diseases, viral infections, and cancer. Truffle has supported the development of the company since inception and was instrumental in bringing its lead compound, ABX464 through phase IIB and IIa trials in ulcerative colitis and rheumatoid arthritis showing promising long-term efficacy and safety data.

An accelerating trend in European biotech partnerships is the growth of equity stakes in deal terms through strategic alliances and co-development agreements. This is true for biotech deals with investors, pharma companies and even other biotechs.

Some early examples of successful relationship building through partnering with equity stake can be seen in two deals agreed with China’s CMS Medical Venture Investment Limited, a wholly owned subsidiary of China Medical System (CMS). In 2017 it signed a strategic partnership with UK-based Destiny Pharma in which CMS was granted full rights to Destiny Pharma’s pipeline of drug candidates in China and certain other Asian countries (excluding Japan). This enabled the development and commercialization of the company’s pipeline of drug candidates in the region. Dr Huaizheng Peng, General Manager of International Operations at CMS, joined the Board of Destiny Pharma as a Non-Executive Director. Just last month, the expansion of its clinical pipeline with a new XF-73 skin infection clinical programme planned to start in China led by CMS. In 2018, CMS did a similar deal with the Suisse-German oncology company VAXIMM.

Publicly listed drug discovery and development company Evotec, headquartered in Hamburg, made a deal in 2020 with Quantro Therapeutics during its seed financing which also involved an equity stake. Quantro is a research-based biotech driving innovation of therapeutics that interfere with disease-causing transcriptional programs in cancer and other indications. Under the terms of the deal, Evotec provides hit identification services for Quantro’s proprietary anti-tumour projects and acquired an equal minority stake in Quantro along with Boehringer Ingelheim Venture Fund GmbH. Evotec’s Global Head Drug Discovery Services and Managing Director, Dr. Dirk Ullman joined Quantro’s supervisory board.
Also, late-stage biopharma companies have joined forces to bring a new product to the market by combining a classical licensing deal with an equity stake. Germany’s MorphoSys and U.S.-based Incyte announced such a deal at the JPM conference in 2020 with upfront and milestone payments of up to $1.85 billion and an equity investment in MorphoSys of $150 million. Since then, the antibody Tavasitamab has been approved and successfully launched in the U.S. and in Europe.

Big pharma hasn’t shied from taking stock in biotech, either. The previously mentioned Diaccurate acquisition of a Merck KGaA asset also involved a significant equity stake. The pharma company said it chose to work with Diaccurate after a highly competitive selection process that rewarded the biotech’s strong scientific background and decided to become a shareholder as part of the deal.

A similar display of commitment to the development success of a drug candidate was chosen by Pfizer when participating in a 21.3 Mio. € Series B extension of the Belgian biotech Imcyse in the beginning of this year. The partners previously entered into a license agreement for the Rheumatoid Arthritis (RA) program based on the Company’s ImotopeTM technology. As part of this agreement, Pfizer took an equity stake alongside longstanding existing investors and also joins the Scientific Advisory Board to further support the joint development of the promising pipeline candidate.

The growing diversity of terms agreed in European biotech partnerships is a natural outgrowth of its success. Changes in partnering dynamics have been catalyzed even further by Covid-19 cooperations and new opportunities for biotech are opening up. As the BIO-Europe® Digital 2021 conference begins, we are sure to see the many bright minds in our industry find new ways of working together to advance science and serve society.