How to create a more sustainable world 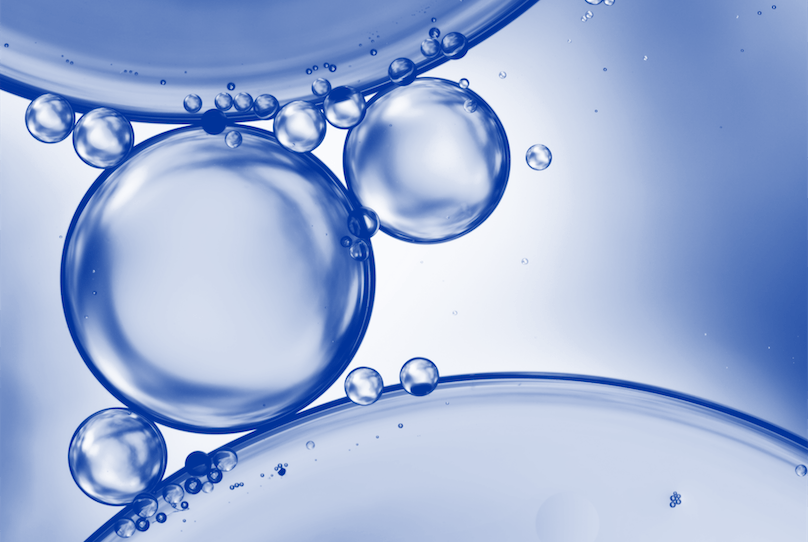 It is interesting to revisit the International Energy Agency’s World Energy Outlook 1998 and realize just how much, from an environmental point of view, has positively changed over the last 20 years. Projections at the time were that by 2020 fossil fuels (coal, oil and natural gas) would meet 95% of additional global energy demand and that energy from renewables and waste would remain at low levels, only increasing by 50% (from 1,297 Mtoe in 1995 to 1,883 Mtoe in 2020 – around 1.5% per annum). But we already passed the mark of 1,883 Mtoe in 2014, even though the growth of renewables only started its acceleration in the past decade.

Looking back, IEA’s view at that time was understandable given the low oil prices, the scepticism of global warming and the link with our use of fossil fuels. However, it does raise the question on how much value we should attach to energy outlooks that go (well) beyond 10 years. With renewables as an extra primary energy source becoming increasingly more competitive, combined with the dynamics of globalisation and geopolitical elements, the world energy market’s complexity has increased significantly. And there is one thing you can be sure of: there will be future developments that will give an entirely different picture in 10-20 years.

It will therefore be interesting to see how renewables will continue to develop considering the current low oil prices and continuing governmental subsidies both on fossil fuels and renewables. Projections are that share of renewables in the primary energy mix will remain on an accelerated growth path but the dependency of fossil fuels is still massive: China 88%, US 81%, India 83%, Japan 92%, South Korea 86%, Germany 80%, UK 85%, Netherlands 90%; and this dependency is not surprising as fossil fuels are easily available, practical, and relatively cheap. People are generally happy to opt for sustainability but only if the price is comparable to fossil fuels or at a slight premium.

Nevertheless, there seems to be a growing public perception that the world will manage to largely replace the use of fossil fuels for renewables within the next 30 years. But the complexity in the energy market makes it very challenging for individual countries to find the optimum between meeting renewable (international) targets, security of supply and affordable energy allowing for economic growth.

In the most recent period of economic downturn and slow growth, we have seen that, especially around elections, politicians will do almost anything to promise to uphold – or even guarantee growth of – purchasing power as it is an easy recipe to get (re-)elected. To deliver upon that promise makes defining and executing a good and long term sustainable energy strategy almost impossible as the use of more expensive renewables negatively impacts international competitiveness. This effectively slows down the transformation process.

We should therefore not fool ourselves that what has been built over many, many decades (dating back to the start of industrialisation) can be completely transformed within 20-30 years. The process of transformation to a more sustainable environment has only just started and we need to recognize that changing a world that is becoming more complex by the day is a daunting task which should not be taken lightly.

Governments need to set comprehensive – but more importantly – realistic energy strategies and not paint rosy pictures of a quick transformation to a carbonless yet wealthy society. The focus needs to be on collaboration between countries where easy growth using cheaper and most pollutant fossil fuels (coal and oil) is slowly replaced by a combination of less pollutant natural gas (both through pipeline and liquefied natural gas) and renewables.

Therefore, the Paris climate agreement (within the United Nations Framework Convention on Climate Change) is so important as it sets an international level playing field allowing this transformation process to properly develop over time. Its aim is simple but holistic: through a significant reduction in the emission of greenhouse gases, limiting the temperature increase to 1.5 °C above pre-industrial levels.

But the true importance of the agreement is not necessarily its goal but the joint alignment of all participants creating an immensely important international scene of collaboration. It demonstrates the importance of international organisations in providing governments and politicians with the bigger picture and the pivotal role these organisations play in mitigating competition issues between countries (which ironically is very similar to what OPEC has been doing amongst its members in the past decades). But there are also international organisations that play a much more direct role in the transformation process.

A tangible example is the International Maritime Organization (IMO – the United Nations specialized agency with responsibility for the prevention of marine pollution by ships) and its decision to lower the global limit for sulphur in fuel oil used on board ships from 3.5% m/m (mass by mass) to 0.50% m/m. This decision, and its implementation, will materially impact the energy market in the medium term and will be a real testcase of the cost of sustainability and achievability.

The measure, which will be applicable from 1 January 2020, is generally not known by the public but will effectively force shipowners to switch from widely used heavy fuel oil (HFO) to a more premium marine gas oil (MGO). Although shipowners are free to choose how to comply, the likelihood of an en masse switch of up to 70,000 ships to MGO seems inevitable. The alternatives – ‘washing’ exhaust gasses by installing so-called scrubbers (US$ 5-10 million per ship) or switching to LNG as primary fuel by retrofitting (up to US$ tens of millions per ship) – are much more expensive and therefore more suitable for newbuild vessels. And it raises a serious question of MGO availability both locally and globally knowing that we have less than than 3 years to go and an oil and gas industry, due to the low oil price, still mainly focused on reducing CAPEX and OPEX.

The IMO however is persistent that 2020 is achievable based on a study from a consortium of consultants. Yet, the International Petroleum Industry Environmental Conservation Association (IPIECA) and the Baltic and International Maritime Council (BIMCO), the largest shipowner’s association, claim, also supported by a study of external consultants, that there will be insufficient refinery capacity to produce ample MGO resulting in a serious shortage and surge in MGO prices (2-4 times). Both studies are based on many variables to an extent simplifying reality to be able to work towards a conclusion.

Ultimately, no matter which study is correct, it seems obvious that shipping will become more expensive as all options will result in a (significant) price increase and estimates run as high as US$ 60 billion/year of additional cost for the shipping industry. No one knows for certain what exactly will happen looking at the many variables that affect these developments, demonstrating just how difficult forecasting really is even in a relatively small market of shipping fuels. However, if it turns out that there is insufficient refinery capacity in 2020 it is not a problem with an easy fix as expansion of refinery capacity not only requires massive investments but also many years of lead time to execute the upgrade projects. And we need to be careful: targets are good but if they are too ambitious and the cost are too high there is a real danger of cheating.

In this example, it may turn out that the ambitions, within the given timeframe, are simply just too high, especially if one considers the complexity around global enforcement. There is simply insufficient collaboration and alignment on enforcement – the fines vary tremendously from country to country (from only US$ 1,500 up to millions of US$) and the gains can be massive – which makes it tempting for companies to opt for selective or even non-compliance. We have seen a similar situation with cars, where VW circumvented strict regulations on emissions for many years by applying special software that lowered emissions only during test cycles. And although there are indications that VW was not the only manufacturer that didn’t play by the rules, it is the only one that was caught cheating.

It is interesting to think about what could have been. Clearly an en masse switch to LNG rather than MGO would have been much more beneficial not only for the environment but also for the LNG industry. As LNG projects are still being cancelled left and right, IMO’s measure could have been a stimulus to accelerate the development of the small-scale LNG market (bunkering). It is simply a matter of how to tempt stakeholders (shipowners and developers) in making investments in LNG conversion, which in the end comes down to the ability of passing on the cost to customers. Rather than forcing through regulations we should create more transparency for consumers, e.g. through the introduction of energy labels for products including the entire supply chain of a product, allowing consumers to better understand that products shipped with LNG powered vessel are better for the environment. This approach has worked in other areas as well where the power of the consumer drives innovations much quicker compared to regulations.

Nevertheless, there will still be many environmental regulations coming in force over the next decades and it will be a challenge both for countries and companies to define strategies ensuring sustainable growth both nationally and internationally. Some are sceptical that IOCs and NOCs can adapt to a changing energy market but we already see (slow) steps in this area. And we need to keep in mind that for decades to come they will – to a large extent – have to continue business as usual ensuring that the supply of fossil fuels will keep up with the demand. Even when demand for fossil fuels declines we will have to continue exploration and development of new reserves to replace declining fields.

Ultimately, the extensive knowledge and experience of IOCs and NOCs in engineering, developing and managing energy projects, and the capital reserves combined with access to project finance (due to scale and credibility) will be desperately required to further professionalize and develop the renewables industry ensuring that someday it is capable of supplying the majority or even all of the required energy.