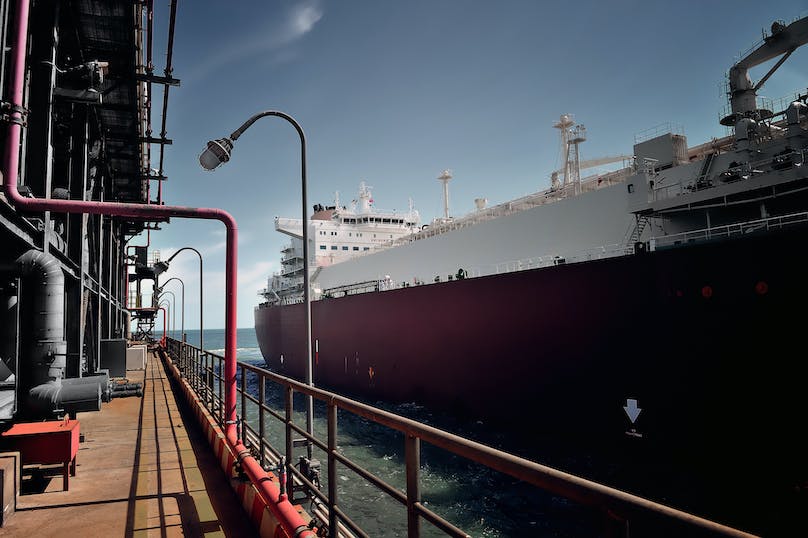 The LNG carrier market is one of the most attractive segments of the global shipping fleet for new investment, buoyed by the ongoing build out of liquefaction capacity initiated in 2016.

Perennial uncertainty about the number of vessels needed means that the LNG carrier fleet goes through regular cycles of oversupply and undersupply. The market is currently tending towards the latter, although a milder than usual summer in Asia is keeping charter rates subdued.

The winter months are likely to see ratcheting market tightness, perhaps replicating the performance seen during the final quarter of last year. Spot charter rates in Q4 2018 reached almost $200,000 per day – 90% higher on average than rates over the same period the previous year.

In response to the potential shortage of vessels, many charterers have chosen to book in shipping capacity further in advance, leaving less flexibility in the market should demand for shipping surge once again.

The delivery of new vessels through to the end of the year will not assist matters greatly, as most are already committed to specific offtakers, with only a very small proportion available for spot chartering.

The trend towards a tighter market has been driven by the lag between new liquefaction capacity coming onstream and the delivery of new vessels, as well as by the growth in US exports.

The continued tightening of the market has meant that the months since December last year have seen a surge in newbuild contracting, with the orderbook now amounting to one quarter of the fleet.

As the average LNG carrier takes two and a half years to build – and because liquefaction capacity additions are expected to tail off at around the time most of the vessels now under order enter into service – the LNG carrier market will probably start to loosen sometime around the early 2020’s.

Until then, the structure of the market points towards strong fundamentals for shipowners. LNG tonne miles will increase by 11.5% in 2019 and 12.3% the following year, according to Clarksons.

Tonne mile growth is also supported by LNG’s evolution into a more mature and commoditised market. The entrance of trading houses and the gradual move towards destination flexible contracts have boosted the proportion of cargoes that are re-exported, helping the LNG industry respond with greater flexibility to regional price variations.

But there are downside risks that shipowners need to consider too – particularly owners with greater exposure to the spot chartering market.

These risks include the consequences of the current geopolitical climate for US projects, the possibility that continued gas market oversupply could close arbitrage opportunities between Europe and Asia (particularly during the shoulder months), and the outside risk of an overbalancing in the LNG carrier market when the current orderbook is fulfilled.

The recent influx of US LNG has been a boon to the LNG shipping industry. The average distance an LNG cargo from the US has to travel to reach its destination is 9268 nautical miles – more than Qatar, at 6802 miles, and substantially more than Australia, at 3936 miles.

The distance travelled by Russian LNG cargoes is even lower, at 1617 miles, although greater use of the Northern Sea Route throughout the year may see distances edge up as more cargoes start to make their way towards Asia.

The distance travelled by US LNG cargoes relies upon the fact that – historically, if not so often recently – most US LNG cargoes produced on the gulf coast were shipped via the Panama Canal to buyers in Asia.

Since the first wave of US LNG exports, 1.8 vessels have been needed on average for each 1 mtpa of US supply, compared to a global average of 1.3. For this reason, US exports contribute more to the development of the LNG carrier industry than exports from any other major exporting region.

Unfortunately, US projects are facing stiff headwinds in 2019. “A lot of projects are running into more complex issues over financing and offtaking contracts,” Debbie Turner, LNG Shipping speaker and analyst at Howe Robinson Partners, told KNect365 Energy. “The 25% tariff on exports to China could have implications for where those new plants send their gas.”

Even with slower growth in China over the past 12 months, Chinese demand is still a key driver for LNG investment. A lack of supply agreements from Chinese buyers could create difficulties for US projects vying to close financing.

Complicating matters is the fact that there is more than one route for US LNG into Asia. Chinese tariffs do not mean that US LNG “can’t go into Europe, be loaded into one of the storages, and then reloaded as European gas. This is why people are very uncertain about the whole thing,” Turner says.

Nevertheless, should some of the current round of prospective US projects miss out on the present investment cycle – as some industry observers have predicted – the growth in tonne miles over the coming years could disappoint previous estimates.

Another concern for LNG Shipping players in relation to US projects is the closure of arbitrage between Europe and Asia.

When Asian markers sink into parity with European hub prices – or when rising chartering rates sufficiently reduce netbacks – offtakers from US projects have the option to divert cargoes to Europe, taking advantage of the continent’s relative proximity and flexible demand characteristics.

This year has seen unprecedented levels of exports to Europe from the US due to the effects of oversupply on prices across both basins.

It was hoped that the arbitrage would pick up over the Summer months due to rising demand for cooling, and indeed some diversions were seen around the beginning of June.

But mild weather in the East and continuing oversupply has kept arbitrage opportunities muted. As of the beginning of August, Asian LNG spot cargoes were trading below $4/ mmBtu, their lowest level in several years.

With oversupply expected to persist through to 2020, according to BP’s latest results presentation, arbitrage opportunities over the next 12 – 18 months may prove slimmer than in previous years.

One opportunity which may serve to counteract the impacts of reduced arbitrage for shipowners is the possibility of contango later in the year, as winter demand starts to kick in. If the rise in forward prices exceeds the costs of chartering a vessel for longer periods, traders may choose to use LNG carriers as a floating storage option – a risky strategy common in the oil trade.

Looking out beyond the end of this year and through to the early 2020’s, the current trend towards market tightness is expected to reverse as new carriers enter into service.

The major headline in newbuilding over the last several months has been the announcement from Qatar Petroluem in April of a major new fleet expansion programme, starting with a first phase of 60 new vessels.

When they enter service, these new vessels “will increase competition and maintain the present high operational standards,” says Andrew Clifton, General Manager and COO at the Society of International Gas Tanker & Terminal Operators. “All credit to Qatar.”

For shipowners concerned that a fleet expansion on the scale envisioned by Qatar could tip the balance of available shipping capacity into difficult territory, the exporter’s parallel expansion in liquefaction capacity offers some reassurance.

“Everybody looks at the headline, and it’s not as bad as it sounds,” says Debbie Turner, “the reason being that they have an additional 33 million tonnes of liquefaction capacity planned.”

The new round of Qatari liquefaction build-out is expected to take the country to 110 mtpa of exports by the year 2023.

One of the major beneficiaries of the recent surge in LNG carrier contracting activity is South Korea. Of the 77 carriers ordered in 2018, almost 90% were contracted at South Korean yards. The Qatari fleet expansion could net South Korean yards as much as $12 billion.

More LNG shipbuilding activity in South Korea comes at a time when the country is taking active steps to increase the share of LNG in its energy mix, cutting taxes on LNG for power production by 75% this March, and raising taxes on thermal coal.