Live from FEI2014: An Interview with Stevens Institute of Technology's Jorge Salome 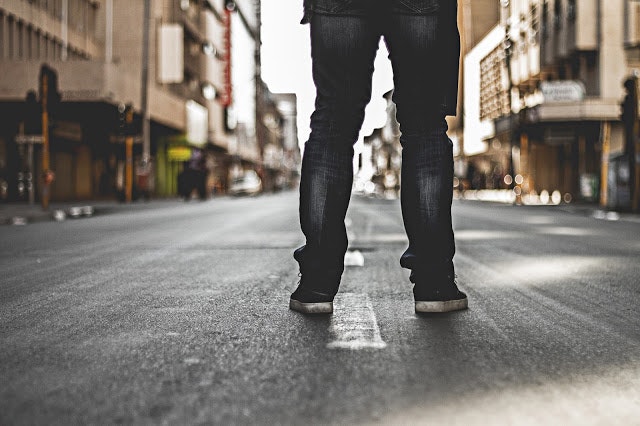 As innovators, we are concerned not just with the future of our business endeavors, but with the talent pipeline that is coming through the universities. As a professor of business and psychology, I'm getting multiple requests from companies each year to pass along my best students. At FEI 2014, we were treated to a look at the future from Stevens Institute of Technology professor Peter Koen, who showcased the products of his entrepreneurship course for first-years, in which students were tasked with inventing new products and taking them from concept to prototype in seven weeks flat.

The most amazing part, however, was that several groups were actually accepted to Kickstarter and their campaigns to launch a startup are underway. Two of the projects, Modu-Strip and Key Vida, were featured during Prof. Koen's opening keynote. I had the opportunity to interview one of the inventors on the Key Vida team, Jorge Salome, whose story is inspiring to rising entrepreneurs and businesses alike.

When I started high school, I didn't know I would become a leader -- I was a shy guy.

Jorge was born in Peru, and came to the US at the age of 10. Settling in one of the inner-city parts of Northern New Jersey, Jorge worked diligently to learn English and get into the mainstream classes, and then earned admission into the engineering program of the Passaic County Technical School. Though initially a quiet and unassuming fellow, Jorge found himself growing into leadership positions, eventually becoming the captain of the engineering team and specializing in robotics. Seeking to make an impact, even in high school, Jorge thought about people with hand/arm injuries that could lose the ability to drive, and ultimately built a prototype of a hovercraft car that can be controlled entirely by one's feet.

Jorge decided to go to Stevens Institute of Technology, where he could focus on engineering but also get exposure to a broad range of fields. Believing that engineering and innovation go hand-in-hand with business, he took Peter Koen's entrepreneurship course, and his story is a great example of how any company can just launch an innovation initiative:

As soon as we started I was jumping right in with pitching ideas...We were always looking ahead at what we were going to do next. I learned how important marketing is, and it is important to talk to the right people in the business world...We knew we wanted the idea of the phone case, but I realized that I have too many keys and my key ring is too big (too many keys), and it's such a hassle to go dig my keys out of my bag, and the team built on the idea quickly, and realized that "key" also included ID. They realized that many cases had space for keys/cards, but none of them allow you to use them without taking them out of the case...Professor Koen suggested that we apply to Kickstarter, and we did, and then he continued to give us opportunities to show the product...I didn't believe this was possible until Prof. Koen showed us that it was.

When I asked Jorge what inspired him to believe that he could make it all the way to a Kickstarter campaign, and possibly beyond, he replied that it was a step-by-step process, with little steps, and little goals, building each one out of the recognition that he faced difficulty before and prevailed. Regardless of whether the Kickstarter campaign succeeds, The fact that I learned from this, the fact that I was exposed to this...getting to know networking...that's something I'm never going to forget...and, for the next challenge, maybe I will be able to use that.

I asked Jorge what advice he would give to kids from the inner-city that hope to follow his path, and his answer sounded like the battle cry of every entrepreneur:

Always give yourself new goals...It's easy to give up, that's the easiest thing to do...It's harder to just step up, and keep up...I would tell them to believe in themselves, to go one step at a time, that they have already gotten this far, and they have nothing to lose.  We got here to do something, so let's do something...Do something that you like...or that you might like doing, and specialize in that...You can't give up...It's gonna be rough.  You might have to work and study and other stuff...


It's not going to be easy.  If you believe it's going to be worth it someday...[that] the things we change now are going to affect our later generations...You have to work hard to get far...[When people believe in you], it makes you fight harder...If you give up, you give up on everyone who stands behind you...It means a lot...somebody believing in you like that, it could be life-changing.


I haven't reached my goal yet, but maybe I will one day...or die trying!

Orin C. Davis is a positive psychology researcher and organizational consultant who focuses on enabling people to do and be their best.  His consulting work focuses on maximizing human capital and making workplaces great places to work, and his research focuses on self-actualization, flow, creativity, hypnosis, and mentoring. Dr. Davis is the principal investigator of the Quality of Life Laboratory and the Chief Science Officer of Self Spark. (@DrOrinDavis)