LNG and the geopolitical implications of the energy transition: Q&A 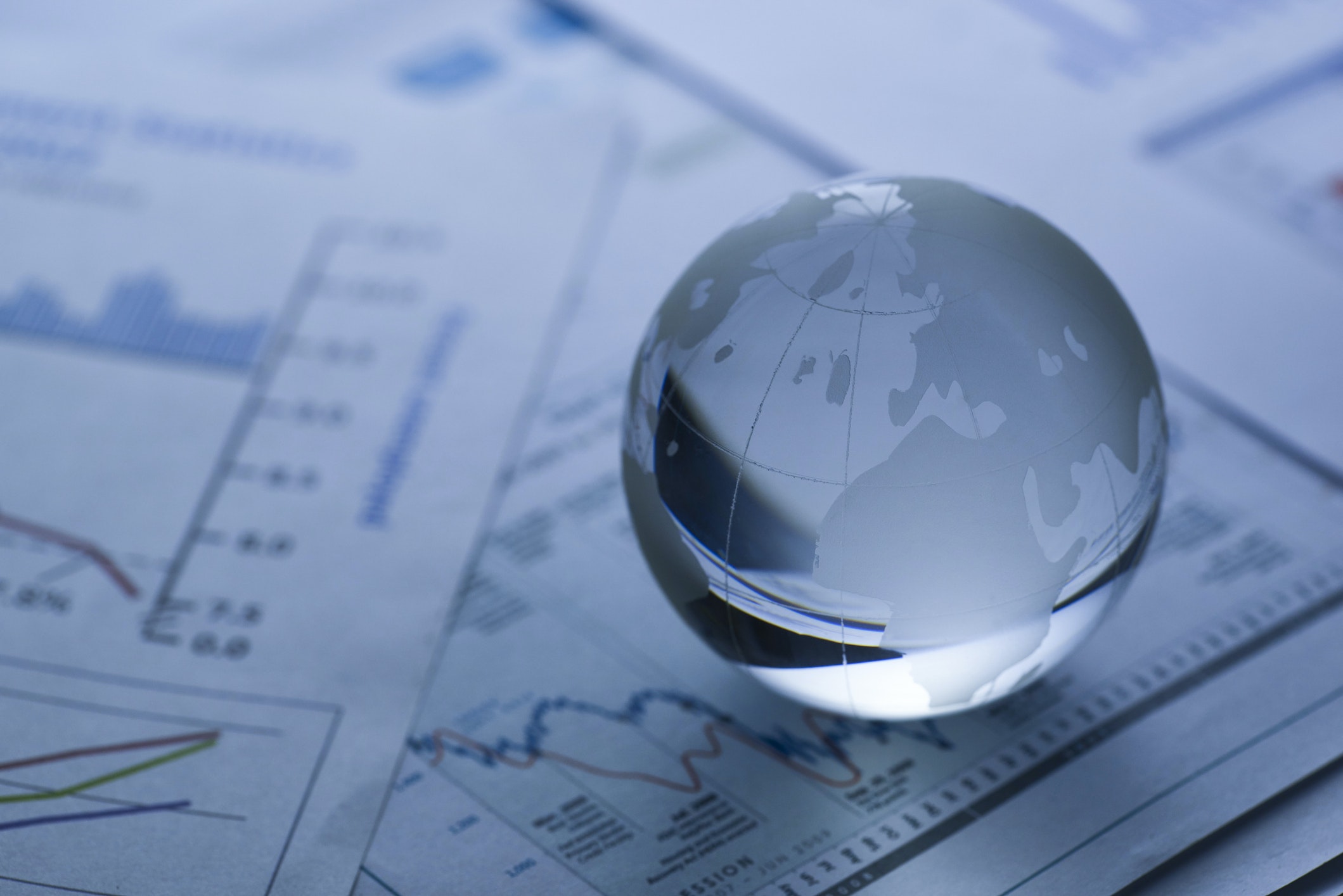 Although there is a broad consensus across the energy community about the necessity of a transition away from fossil fuels, experts disagree about the rapidity of this transition given the technological constraints and the level of inertia in the system.

Opinion is also split on the role that comparatively low carbon fossil fuels – principally gas and LNG – will have to play in the transition. Billions of dollars’ worth of gas and LNG infrastructure investment decisions are today being made on the assumption that natural gas will continue to meet a significant share of global energy consumption for decades to come.

These investment decisions conflict with recommendations made by climate scientists and bodies such as the IPCC, who have pointed out that even the emissions generated by the existing fossil fuel infrastructure will exhaust the carbon budget consistent with 1.5 degrees of warming by the year 2100.

The limitations of the remaining carbon budget mean that there is an urgent need to consider what an accelerated energy transition could look like. Are fossil fuel companies prepared for it? What effects will the transformation of the energy system have on the political sphere, and what risks will it entail?

One expert who has spent a great deal of time considering these questions is Professor Paul Stevens, a Distinguished Fellow at Chatham House’s department for Energy, Environment and Resources.

At the upcoming LNG Global Congress in London, Professor Stevens will deliver a keynote speech on the geopolitics of the energy transition and its implications for the LNG industry.

We asked his thoughts on a range of topics – including the longevity of LNG demand growth, the obstacles for fossil fuel companies seeking to diversify into renewables, and the geopolitical consequences of a world predominantly reliant on renewable electricity.

His responses will be interesting reading for anyone concerned about the future role of gas and LNG, as well as the broader consequences of the phase out of fossil fuels.

Q: How soon do you expect demand for oil to plateau, and how long before gas follows?

Professor Paul Stevens: Oil demand in the OECD already peaked around 2005. As for the rest, it’s very difficult to predict. My first law of forecasting is to provide a number or a date, but never both at the same time – otherwise it can come back to bite you.

I believe that this is where the difference between oil and gas comes in, because gas is likely to reach a peak after oil for a variety of reasons. In terms of what happens next for oil, my feeling is it will be a cliff edge – demand will come down very rapidly.

Not so for gas, however. I think demand is going to come down much more slowly, if only because of the link between gas and renewables due to the issue of intermittency.

Q: Will LNG demand plateau at the same time as natural gas demand?

Prof. Stevens: No, definitely not. Gas is increasingly being used in places which don’t have domestic gas supplies. This means that they’ve got to acquire it, which entails transportation. Your options in that case are either pipelines or LNG, and many of the regions that could have access to pipeline gas already do have access to pipeline gas. For this reason I think that the LNG plateau is going to come significantly after the plateau for gas demand. LNG will be the last man standing.

Q: Right now, LNG investment decisions that will pay back over decades are being made on the assumption that natural gas demand will continue to grow over this period. Do you believe that these investments are based on faulty information?

Prof. Stevens: The energy establishment is in denial over the speed of the transition. I think the reason for that is simply because there are so many vested interests involved, and the vested interests are blinding the industry to what is going on.

The point is that it is going to be a two-stage process. The first stage will take place during the transition, and it will be very, very disruptive.

And then after the transition you come to the second stage. This will be where the demand is likely to start falling, and we’ve already talked about that. I wouldn’t say that investors are acting on faulty information. I think it’s ostrich like; they’re sticking their heads in the sand.

Obviously the consequences for the project backers are going to be quite significant, in the sense that if the energy transition is more rapid than anticipated, then the demand for LNG will fall sooner than they expect. But having said that, I stand by my prediction that LNG will be the last man standing.

Q: Advocates of LNG argue that it will primarily be competing against dirtier fossil fuels. How true is this, and at what levels of renewable penetration does LNG become a hindrance rather than an asset?

Prof. Stevens: There’s no question that LNG will be competing against dirtier fuels and will win out, that’s true. But I’ll put two thoughts out there.

First of all, there’s the issue of fugitive methane emissions – and that is a big deal. It is a big deal because we don’t really know how much of a problem it is. All sorts of estimates have been made, from one source or another, but it could suddenly come back and bite the industry quite badly if the numbers start to look bad.

The other possibility of course, and I’ve been talking about this for some time, is if there is a major LNG accident. There is an ongoing debate about what happens if an LNG tanker gets breached. What everyone agrees about is that when the LNG comes out the sea it freezes, and then the laws of physics takeover and the LNG starts to regassify.

But here there is a difference of opinion. The majority opinion says that if there’s ignition, the LNG will start to burn off in little explosions. But there is another school of thought, which is a minority view. According to this view, if the weather conditions are just right, and there is regasification without any initial ignition, with the right gas and air mix, the LNG will go up at once. You’re looking at the equivalent of a nuclear explosion.

It’s a minority view, but I wouldn’t like to be around to find out which school of thought happens to be right. It’s worth pointing out as well that before 1975, the scientific consensus was that you could never get a large gas/air explosion – it was physically impossible.

But a small village called Fixborough in Leicestershire proved them wrong when it was blown off the map by a large gas/air explosion. Now this is extreme stuff of course, but of course if there was an accident like that it could do for LNG what Chernobyl did for nuclear. It’s something to think about.

Q: What are the consequences of the energy transition for gas and LNG companies whose core businesses are based in the countries that will transition the most rapidly – Europe, the US, etc?

Prof. Stevens: Well obviously they’re going to have to switch away from gas and LNG, and do it faster than they might otherwise think, if I’m right about the speed of the transition. But the problem here is what can they diversify into?

A subject that I’m getting very interested in is the issue of economic rent in energy markets. If you look at the oil market, there is a fairly large amount of economic rent. The whole history of the industry has been about the ability of companies to capture that rent, which is why they became major international companies.

Now if you look at oil, there is a lot of economic rent coming from producer surplus, and a lot from supernormal profit.

With renewables, there is no obvious source of diversification, and there is no economic rent – and that is a bit of a problem for the majors.

Prof. Stevens: A lot of the geopolitical implications of energy come because of energy trade – because some people have it and some people don’t. You get all sorts of conflict as a result.

As we progress through the energy transition to the sunny uplands beyond, that element of geopolitics is going to disappear. Not that there aren’t some geopolitical aspects to renewable energy – obviously there are some issues over certain key minerals. Not lithium; I think the lithium thing is grossly overstated. But cobalt presents a potential problem.

That said, I’m a great believer that technology is going to come to the rescue and solve the problem of mineral scarcity. I think where there is a serious threat is through cyberattacks, which are obviously a major factor.

But again, I would make the argument that there are fewer geopolitical drawbacks to renewable energy. The original working title for my recent report, The Geopolitical Implications of Future Oil Demand, was The Energy Transition and the Geopolitics of Carrots.

Chatham House wouldn’t let me have that title – they thought it was too flippant. But actually I think it’s quite pithy, because whenever I’ve used it in presentations it’s made people sit up and listen.

The point is that there are no geopolitics associated with carrots, because everybody can use them and everybody can produce them – so you don’t get those sorts of issues.

As to the point about cyberattacks, one of the advantages of renewables is that potentially they are highly decentralised, so you don’t have large vulnerable systems. Okay, your neighbour might cyberattack your solar panels from next door. But you’re not going to get disruption on the level that you could by taking out a complete power network.

Q: I suppose that depends on how the power grid evolves, though. If you have a decentralised power grid that may be true, but if you’ve got a grid that is dependent on a lot more high-voltage transmission, then it may not be the case.

A: I agree, that is certainly a factor. And of course if you start to get international trade in electricity on a significant scale, that could be a problem. I’ve done a lot of work in my career on oil and gas transit pipelines, and they are extremely vulnerable, as we know. Now if you have the same sort of problem with the transmission networks then again geopolitics creeps back in.

Q: If there was one message the LNG industry could take away from your speech at LNGgc, what would it be?

A: I think the one message I’d like them to take away – and I will push this in my presentation – is that the days of straight-line forecasting when it comes to energy markets are effectively over. More than ever, people need to consider discontinuities and black swan events, because these are going to become more common.

This transcript has been edited for brevity and clarity.