New players to step into the AMR field 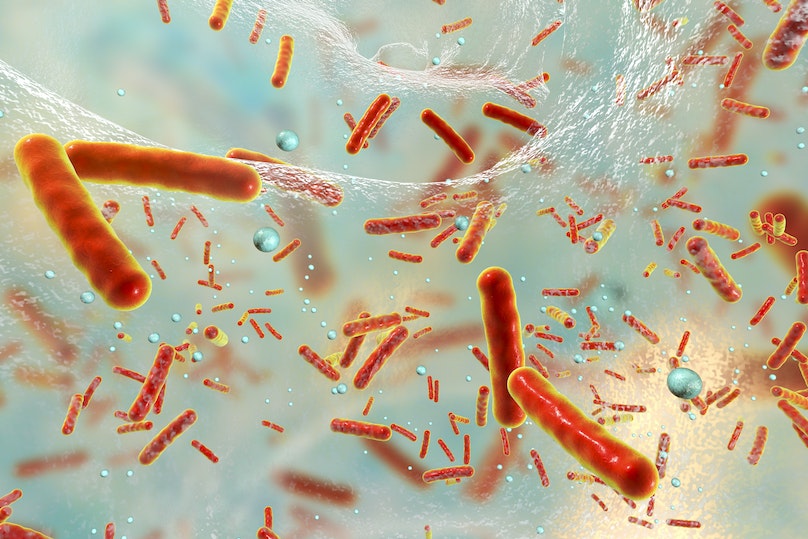 Despite challenging market conditions public and private stakeholders around the globe show promising action to advance drug development in the fight against antimicrobial resistance. Even new players are entering the field.

It is already a widely anticipated picture that antibiotic developers—more than other drug-developing companies—are facing uncertain market conditions mainly triggered by weak reimbursement schemes and low turnover once a drug is approved. However, experts around the globe are pushing hard to implement new incentive mechanisms. In the US, the country’s Centers for Medicare and Medic­aid Services (CMS) launched policies aimed at providing incentives for hospitals to use newer, more expensive, more effective and less toxic antibiotics for the treatment of infections caused by resistant pathogens. In addition, the US Senate is working on a new act called DISARM. In Europe as well, policy makers have at least started to improve conditions. In the UK, NICE and NHS England are set to explore a ‘de-linkage’ style innovation model for antibiotic reimbursement.

Small and medium-sized companies in particular are applauding these steps, but they also urge further action. “If we don’t succeed in changing reimbursement patterns and putting this topic on the political agenda in countries like Germany soon as well, all the governmental push incentive money may be worthless,” warns Holger Zimmermann, CEO of German firm AiCuris. Since it was founded in 2006, the Wuppertal-based anti-infective specialist has developed fast, turning from a Bayer spin-off into one of the larger SME players in the infectious diseases area. It develops anti­viral and antibacterial compounds like Letermovir, an antiviral therapy that’s already been approved and launched. Although it’s licensed to big pharma company MSD, sales of the compound have helped make the SME less dependent on external money for survival.

Now AiCuris wants to focus more on growing and developing its antibacterial portfolio through in-licensing new compounds and gaining further support via public funding. For instance, the SME has submitted an application to the international public AMR funding body CARB-X. “We have succeeded at getting a project into the second stage of the application process, but the final decision will probably only be made in December,” Zimmermann says. The company has also teamed up with German biotech firm Lysando to focus on artilysins—a new class of molecules with a novel mode of action that has the potential to replace conventional antibiotics. According to Zimmermann, “AiCuris today is one of the few European companies active in infectious diseases, and remains committed to the fight against resistant bacteria. With our expertise in anti-infective drug development, we are perfectly positioned to thrive in the field with truly novel approaches.”

Although many headlines have been published around big pharma leaving the antibiotics field, there are still some players on the page. MSD is among the ones still working on novel antimicrobials and constantly scouting for in-licensing opportunities. British GlaxoSmithKline is also among the still active companies and plays a key role in the new European AMR accelerator which will be kicked-off this autumn under the umbrella of the European Commission’s Innovative Medicines Initiative. It’s set to invest a total of €295m by the end of 2025. According to Robert Stavenger, the AMR Accelerator Coordinator at GSK, “a substantial portion of the accelerator is focused on the discovery and development of new treatments against tuberculosis.” From his perspective, “these projects allow the few remaining companies in the field to make the most of their limited resources. In addition, we expect that the Accelerator will strengthen ties between SMEs and potentially encourage other pharmas to return to the field.”

New players are entering the field

And this is already happening, for instance, in Germany with Boehringer Ingelheim. Family-owned since it was established in 1885, Boehringer Ingelheim is one of the pharmaceutical industry’s top 20 companies. For some years already, the company has been looking into novel therapeutic areas which are not in the main focus of the company’s activities. For this, it has established the “Research Beyond Borders" department, part of Boehringer Ingelheim Global Discovery Research. This year, this entity is also taking a deeper look into the field of Infectious Diseases.

“Boehringer Ingelheim is exploring Infectious Diseases for which there is still unmet medical need, including antimicrobial resistance, where there is emerging science and recent technology developments through our Research Beyond Borders (RBB) program,” says Cyrille Kuhn, US Head of Research Beyond Borders. “This organization, which acts as our ‘radar’ for the next big wave of innovation,” he explains, “has recently embarked on research collaborations to develop immunological therapies for Infectious Diseases and novel therapeutics for hard to treat infections.”

Boehringer Ingelheim aims at taking an agnostic approach to modalities from small molecules to phage derived proteins. Ultimately RBB’s goal is to explore new and disruptive ideas and technologies across the entire research spectrum. For this, the team is looking to cooperate with applied academic research groups and cutting-edge biotechnology companies. “Research Beyond Borders' expanding portfolio has a wide, opportunistic horizon and we are particularly interested in advancing drug discovery in areas of high unmet medical need, or where existing therapies are limited in efficacy, acceptability or applicability,” summarizes Kuhn.

Another way of pushing forward the pipeline of novel antibacterial drugs is deployed by the not-for-profit research and development (R&D) initiative GARDP, the Global Antibiotic Research and Development Partnership. Started in 2016 by the World Health Organization (WHO), it aims at developing new treatments for bacterial infections from a public health perspective, safeguarding their sustainable access. Working together with public and private sector partners, GARDP is building, investing in, and co-developing a public health-oriented portfolio with a focus on late-stage development for diseases and populations disproportionally affected by drug resistance, while promoting responsible use and affordability. Since its inception, GARDP has formed over 50 partnerships in 20 countries that span governments, the biomedical and pharmaceutical industry, research institutions, not-for-profits, and civil society.

“I truly believe, we can be more than the sum of our parts. By working with experts in both the public and private sectors, GARDP can take advantage of the best available innovation, expertise, and resources,” emphasized Manica Balasegaram, Executive Director, GARDP, during the World Health Summit (WHS) 2019 in Berlin at the end of October, where it has published its strategy for reaching five new treatments by 2025. During the WHS, WHO also presented recent steps to set up a new impact investment fund together with the European Investment Bank, aimed at financing late clinical stage drug development in AMR.

Sandra Wirsching has been managing editor for the life sciences-focused publishing house BIOCOM AG in Berlin, Germany, since 2005. She regularly writes about novel antimicrobials and diagnostics for European Biotechnology Magazine. Sandra is also editor-in-chief for the bi-annual German speaking medtech zwo magazine. In her role at BIOCOM as director of business development she has set up several national and international communications projects for clients in the public and private sector in the fields of biotech, pharma and medical technology. Additionally, she serves as program manager for the annual international AMR Conference. Prior to BIOCOM she wrote for several German newspapers and studied political science and journalism.