Opportunities for gas in the energy transition 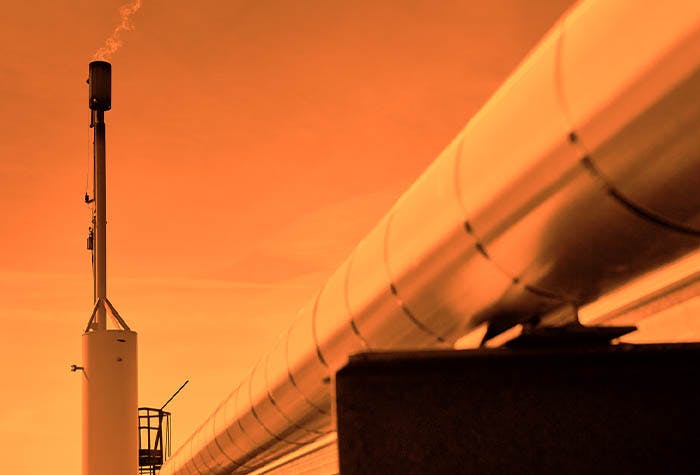 Demand growth in gas and particularly LNG markets is expected to continue as policy tightens up around CO2 emissions, and new frameworks such as the EU Green Deal drive countries towards widespread net-zero targets. But gas advocates say it is important that a level playing field for all lower carbon solutions is established, and acknowledge that the decarbonisation of gas will become increasingly important to ensure markets keep growing longer-term.

All three major economic blocks – the US, European Union and China – as well as other key emitters such as the UK, South Korea, Japan, Canada and most recently India (possibly), are now targeting net-zero carbon emissions by 2050/60. Given their combined importance to the global economy, the energy transition now looks more certain than before – although the exact form that it takes is less clear. Banks can now be more confident in assigning risk to carbon exposure, making finance for carbon-intensive projects tougher. Similarly, oil and gas companies now know there will be strong backing for a transition away from hydrocarbons, so can plan accordingly. Consumers and investors are also playing a part, with strong interest in sustainability and many keen to avoid climate change risk. In addition, on the technical front, cleaner options are getting cheaper, although green power and electrification alone is not likely to get us to net-zero without major problems - and so gas, and especially carbon neutral gas, is looking increasingly likely to play a key role in the energy transition. Several major companies have positioned themselves well for this situation, having pivoted towards gas over recent years - notably Shell and Total. Now attention is turning to getting the carbon content down further.

Under tougher green regimes, the pace of gas’ growth in many countries will depend on the extent to which supply chains can be decarbonised. LNG cargoes are already being sold on a carbon-neutral basis, with the seller using carbon offsets or renewable energy credits to offset the carbon emissions from producing, transporting and even consuming the cargo. For example, in mid-February, Russian energy giant Gazprom delivered its first carbon-neutral shipment of LNG to Europe (offsetting emissions from production and transport). The cargo was delivered to Shell at the Dragon terminal in Wales. Shell itself has already supplied Tokyo Gas with carbon neutral LNG, along with GS Energy, Taiwan’s CPC and CNOOC. Tokyo Gas and 14 other Japanese companies recently formed an alliance to enhance the use of carbon neutral LNG, which should encourage more producers to offer it. Nearby supplier, Sakhalin Energy, is now considering offering its first carbon-neutral LNG cargo this year. Other producers in the US and elsewhere have also sold carbon neutral LNG of this type, and more are planning to do so.

As the focus on carbon emissions grows, producers may have to start using carbon capture and storage (CCS) or hydrogen/biogas blending rather than just offsets if they wish to avoid cutting output. Establishing CCS systems is widely seen as an essential part of getting to broader national net zero targets too - the UN’s Intergovernmental Panel on Climate Change estimates that the cost of global decarbonization could more than double without CCS. This is leading some governments to establish support frameworks for CCS, which – alongside rising carbon prices - is encouraging companies to move forward.

CCS extends the lifetime of oil and gas fields and company assets, so is favoured by many producers. For example, Exxon has avoided renewables, but has 9mn tons/yr of CCS globally, more than any other company. Exxon aims to reduce CCS costs by 30% by 2030, and is focusing on developing industrial clusters, blue hydrogen production (from methane plus CCS) and DAC (direct air capture – where CO2 is removed directly from the atmosphere). Occidental Petroleum is taking a similar path, and aspires to be a “carbon management” company focused on DAC and CCS. Valero Energy and BlackRock say they are working with Navigator Energy Services to develop an industrial scale carbon capture pipeline system across five Midwest US states with the capability of permanently storing up to 8mn mt/yr of CO2. There has also been progress in Europe, with Norway’s Northern Lights project now underway, and several others pending approval.

New LNG projects are also beginning to use CCS to build carbon neutrality in, rather than using offsets. This includes Qatar’s additional LNG mega trains, as well as major developments in the US and Russia. In October, Qatar Petroleum announced the start-up of a 2.1mn t/yr CCS project, with plans to expand its capacity to 5mn t/yr by 2025 and 9mn t/yr by 2027, as part of its LNG liquefaction capacity expansion project to 110mn t/yr. The CCS plant means Qatar can offer significant quantities of carbon neutral LNG, and in November it sold up to 1.8mn t/yr to Pavillion Energy in Singapore starting in 2023 – the first ever long-term deal of its sort. Under the 10-year agreement, each cargo would be accompanied by a statement of greenhouse gas emissions measured from production of the gas to the discharge of LNG at the receiving terminal. Also in the Middle East, Saudi Aramco is moving forward with CCS and blue hydrogen projects, along with CO2 utilization.

It is difficult for policymakers to know the optimum future energy structure, so many industry observers have called for technology neutrality in the transition policy frameworks being developed around the world. Much of the gas industry is keen for this to take the form of a rising carbon tax – such as that in the EU, UK and Canada - and not subsidies for favoured technologies, such as green hydrogen, which could mean other cheaper or more practical technologies are overlooked.

There is some concern that the EU is not treating all forms of low carbon energy equally, and is favouring green hydrogen, electrification and renewables - which could mean options such as blue hydrogen and CCS are not given sufficient opportunities. Currently there is only an EU target for green hydrogen (currently at 6GW by 2025 and 40GW by 2030), and not for blue – which is currently much cheaper (on paper at least, as no big schemes are yet operating), especially at scale. The same applies to the transport sector, where renewable gases and fuels in ICE engines are penalised by the EU’s focus on tailpipe emissions.

A new EU Gas Directive is expected to be issued in Q4 2021, following the end of consultations in July, and gas industry group, Eurogas, says it would prefer regulation that deals with low carbon gases generally, rather than green hydrogen specifically. Its’ Secretary General, James Watson, recently said that ideally, Europe should also set a GHG 80% baseline reduction for gas carbon intensity by 2030 – which would encourage the blending of low carbon gases such as biomethane and hydrogen into conventional supply.

He said that the carbon price also needed to rise to at least €50/t to encourage gas CCS, as below that level gas remains widely competitive. EU carbon prices jumped to €42/ton in early-March, their highest yet, so markets are well on their way to making CCS more commercially viable as per Watson’s scenario. This sharp increase is also pushing gas demand up in Europe as it encourages the switch from coal to gas for power generation, and way from fuel oil to gas in heating. An expansion in the carbon tax from the 40% of emissions currently covered would also help boost CCS economics. Watson added that the EU’s TEN -E regulations (designed to encourage gas/power system connectiveness and resilience) needed a storage element, which would be more likely to be dominated by gases than batteries. Upstream licencing restrictions (such as in France, Denmark and even possibly the UK) also penalise possible gas-based options, while the recently announced Russia/Germany hydrogen pact is more likely to result in blue hydrogen supply than green, given Russia’s huge cheap gas reserves.

Some US states also already have carbon pricing in some sectors, and a carbon market has also begun trading in China – both of which could expand following recent developments, although policy to back Xi Jinping’s September zero-carbon declaration was unexpectedly absent in February’s latest five-year plan. There is agreement between the oil and gas industry and the Biden administration only in a few areas, but these do include application of CCS technologies, and scaled up hydrogen use. CCS should ensure gas has a long life in the energy world, and is seen as a critical tool to help maximize future oil and gas demand, minimize stranded asset risk and reduce CO2 emissions.