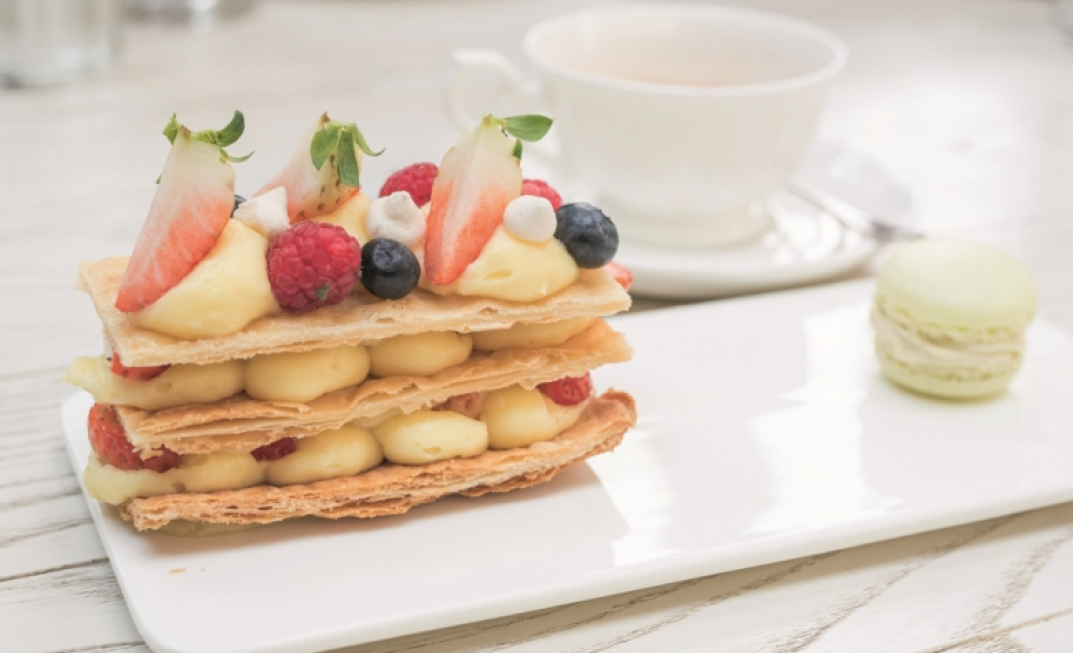 Robert Pullen considers the multitude of new tax laws which have been introduced to UK residential property over the past five years, and looks to the future.

What is the issue?

The tax rules applying to UK residential property have been subject to a series of changes over the past five years, and further

What does it mean to me?

Remaining vigilant in the face of rapid change is essential if the right advice is to be given to those who hold UK residential property.

What can I take away?

Many ownership structures may no longer be tax efficient and those with existing UK residential property interests should be made aware of all the changes and how they interact.

Residential property has been highly politicised for some time, and successive governments have grappled with the ‘housing problem’. On 7 February 2017, a new housing whitepaper was launched in an attempt to re-focus and reenergise the ‘broken’ property market. It is clear that the tax regime has had a significant influence on housing in the UK and will continue to form a central pillar in future strategy.

The tax rules applying to residential property can now best be described as a badly made millefeuille. There are layers of rules on yet more rules, often crossing one another and competing for priority, which means finding the correct ownership structure can prove extremely difficult.

Since 2012, in every year and in every Finance Act there have been changes to existing laws or, in the case of the Annual Tax on Enveloped Dwellings (‘ATED’), entirely new taxes introduced which affect residential property.

This article attempts to pick out the pertinent changes, focussing on UK residential property which is either used as a home or let out. Another article entirely would be needed to cover commercial property, VAT, or property held for development, as indicated in the article ‘A Wide View [1]’ in the February 2017 issue of Tax Adviser.

In a further taste of what lay ahead, Finance Act 2011 tightened the qualifying conditions for FHLs from 6 April 2012, with a 50% increase to the number of days a property has to be both let and available to qualify for the special tax treatment.

However, Finance Act 2012 was the real starting gun, bringing residential property fully within the cross-hairs by the then Chancellor George Osborne who, on 21 March 2012, delivered a budget which immediately introduced a 15% flat rate of SDLT for high-value (more than £2,000,000) purchases of UK residential property by Non-Natural Persons (‘NNP’s’).

In the same Budget, it was also announced that from 1 April 2013, a new tax, ATED (then called the Annual Residential Property Tax (‘ARPT’)), would apply to UK residential property held by NNPs and valued in excess of £2,000,000 as at April 2012. ATED was legislated in Finance Act 2013.

To complement ATED, ATED-related capital gains tax (‘ATED-CGT’) at a rate of 28% was introduced for those residential properties within the ATED rules. All of these rules were, at the time, targeted to prevent perceived SDLT avoidance. Some speculated that the rules were simply put in place instead of a ‘mansion tax’.

As a start to the assault on letting residential property, Extra Statutory Concession B47 (renewals basis) was withdrawn with effect from 6 April 2013, curtailing tax relief for landlords who were replacing free standing furniture in a let property, where the wear and tear basis was either not available or not claimed.

Restrictions to deductibility of debt for Inheritance Tax (‘IHT’) purposes

On 17 July 2013 new restrictions were confirmed on Royal Asset of Finance Act 2013 which impacted debts incurred on or after 6 April 2013. From that date onwards, any debts attributable to the financing of acquiring, enhancing or maintaining ‘Excluded Property’, or property which qualifies for Business Property Relief, Agricultural Property Relief or Woodlands Relief, cannot be taken into account for IHT purposes.

In the 2014 Budget, the Chancellor again stood up and took aim at residential property – this time to revisit the threshold at which the 15% SDLT rate applies to NNPs. From midnight on 20 March 2014 the threshold was reduced to £500,000.

Was this because the 15% rate applying to transactions above £2,000,000 had been such a positive revenue generator for the government?

Hot on the heels of the immediate SDLT change at the 2014 Budget, Finance Act 2014 reduced the final 36 month qualifying period for PPR relief to 18 months in all but very limited situations. This was brought in for disposals on or after 6 April 2014.

Autumn Statement 2014 provided the Chancellor with another opportunity to tinker, and we were duly rewarded with the Stamp Duty Land Tax Act 2015, reforming the SDLT system for residential property to remove the controversial ‘cliffedge’ or ‘slab’ system.

Acquisitions below £937,500 were better off, but any purchases above this level were worse off, in some cases significantly. The ‘slab’ system had been widely criticised with property agents openly noting distortions in house prices at the various SDLT bands. The introduction of a progressive rate system was long overdue.

SDLT continues to apply in England, Wales and Northern Ireland, however SDLT is due to be devolved to Wales from April 2018 with a newly defined Welsh Land Transaction Tax (‘LTT’) – no rates have been published as at the date of writing.

A year later in April 2016 Finance Act 2014 exerted its influence for the final time with a further reduction in the ATED and ATED-CGT thresholds to £500,000.

Finance Act 2015 brought another round of changes to PPR relief by introducing a residence or day-count requirement for a property to be eligible to be treated as a main home for the purposes of PPR relief.

A surprise announcement in the 2016 Budget was the reduction in CGT rates to 10% and 20% for basic rate and higher rate tax payers respectively. Owners of residential property would have to keep the champagne on ice as the existing 18% and 28% rates continue to apply for disposals of this asset class.

Wear and Tear Allowance and Rent-a-Room

Finance Act 2016 withdrew the 10% wear and tear allowance and instead introduced a new statutory ‘replacement of domestic items relief’ contained at ITTOIA 2005 s 311A.

With good news at a premium it is back to bad news and in April 2016, SDLT was again on the agenda, with a 3% supplementary rate added to the usual SDLT rates for an acquisition of additional residential properties. According to HMRC’s own statistics, this measure alone saw the number of property transactions plummet by 58%, or almost 100,000, between March 2016 and April 2016, albeit thousands rushed to beat the increase by completing their purchases before 1 April 2016.

The rules soon generated an outcry from professionals and the public, which led to a number of revisions and alterations for ‘granny-annexes’, among others.

What could be seen as perhaps the final nail in the coffin (though a few more were thrown in for good measure as you will see below), Finance (No. 2) Act 2015 contained legislation to restrict the deductibility of costs of dwelling-related loans. From April 2017, only 75% of the relevant costs will be permitted to be deducted in full when calculating rental profits subject to tax.

The remaining 25% is disallowed with a 20% tax credit given in its place.

The rules affect residential property only, specifically excluding FHLs and property held in a company.

In early 2016 the government appeared to realise that ATED had missed the intended target and that SDLT was never (or was only very rarely) the main driver for enveloping residential properties.

Finance Bill 2017 therefore contains draft legislation which will take effect from 1 April 2017 to effectively attribute the value of any UK residential property held by companies to the shareholders for IHT purposes.

In a surprising (and, from the government’s perspective, innovative) approach, the legislation has been drafted in such a way that loans used to purchase, enhance or maintain UK residential property are also being brought within the scope of IHT, together with any security or collateral for such loans.

If this measure had been introduced in 2012, perhaps we would have been spared ATED and ATED-CGT, and the ensuing complications these rules ushered in. Perhaps it is time for those taxes to now be abolished.

With the combination of both ATED and IHT, many structures effectively no longer serve a purpose (beyond perhaps confidentiality, which is being encroached with initiatives such as the Common Reporting Standard) and those that are affected are rightly considering their options to restructure.

A promised de-enveloping relief was unfortunately dismissed out of hand by the government in the consultation on the IHT changes as ‘it does not think it would not be appropriate to provide any incentive to encourage individuals to exit from their enveloped structures at this time’.

Such a relief would have been extremely helpful when liquidating structures, as there is a risk of double tax charges arising once ATED-CGT, TCGA 1992 s 13 and NRCGT are taken into account.

The limited relieving mechanisms built into TCGA 1992 s 13 for gains realised on the company shares often do not provide adequate relief, and there is no equivalent for ATED-CGT or NRCGT in any case.

What does the future hold?

In addition, it was proposed in the 2016 Autumn Statement that the SDLT filing deadline would be reduced from 30 days to 14 days by April 2017 but the 2017 Budget announcement confirmed that this proposal will be postponed to 2018 at the earliest.

Similarly, it was also announced in the 2016 Autumn Statement that the government would consider introducing, by April 2019, a 30 day reporting limit for disposals of residential property. Such a measure would bring the reporting time limits in line with the NRCGT rules (as at the date of writing, no further details are currently available).

Finally, and to end on some good news (of sorts), Finance (No. 2) Act 2015 is set to introduce the additional Residence

Nil Rate Band (‘RNRB’) for inheritances by direct descendants on or after 6 April 2017. Whilst the relief is complicated on paper and is narrowly targeted, the additional band is generally welcome. However, it will not be available to all and tapered away for estates worth over £2,000,000.

Deconstructing all of the different changes over the past five years shows how bewildered the average person would be in finding the correct way forward. The UK now has one of the most complicated tax systems applying to property in the world when previously it had one of the most attractive and simplest.

With the weight and burden of the above in mind, should it really come as a surprise that the housing market is considered by many to be ‘broken’?

As well as considering tax-incentives to kick-start the market, reforming the existing rules for simplicity should surely be high on the agenda for the government.

Now I think it’s time for a cup of tea with a slice of millefeuille.