Report: Iceland is No. 1 in World Innovation 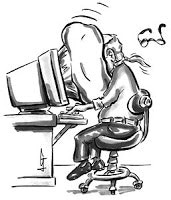 Michael Arndt of Business Week reports that The United States no longer leads in innovation, according to a report by INSEAD and the Confederation of Indian Industry. Iceland has replaced the U.S. as a leader in innovation as the country outshines the U.S. in education and infrastructure. Iceland comes in fourth overall, for instance, in per capita mobile phone subscribers. Its general infrastructure is the world's best.

This year's report, financed by Canon India and released on March 3, evaluates 132 countries. Researchers used data from a number of sources, including the World Economic Forum, the World Bank, and the UN, to gauge innovation inputs'things such as education and business climate'as well as outputs to quantify scientific and creative advances.

The U.S. drops out of the Top 10 because it isn't sufficiently providing many of the inputs or what the study calls 'pillars of innovation.' It ranks 22 in political environment and 21 in regulatory environment. It ranks 22 in K-12 education, 22 in technology infrastructure, and 24 in exports and employment. 'The U.S. is unable to create a coherent public agenda,' Dutta tells me on the phone from India.
So where does the U.S. score best? In market and business sophistication, which includes access to capital and openness to foreign competition and where it rises to second and third.

What other nations are quickly pulling ahead in the innovation race?