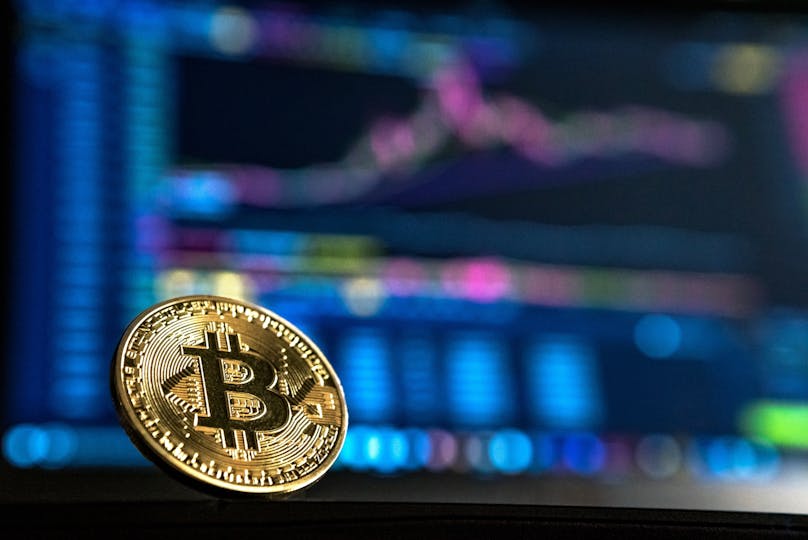 In the aftermath of the Luna and TerraUSD collapse, many investment managers would have been wondering how a purported stablecoin endorsed by some of the biggest names in the cryptocurrency business, could have fallen so far and so fast.

But not so long ago, in a galaxy not so far away, another algorithmic stablecoin TITAN which was backed by 75 cents of USDC (a centralized, backed stablecoin) and 25 cents worth of a volatile token known as Iron, also imploded, despite having been backed by Mark Cuban.

Because celebrity is no insurance against calamity, more pragmatic practitioners plying the cryptocurrency space will be keen to understand how to protect investments in the burgeoning space especially when the fat tails of stablecoin failure seem to be getting fatter.

To be sure, stablecoins aren’t supposed to fail, they’re not even expected to slip their pegs, so when TerraUSD, the world’s third largest stablecoin by market capitalization capitulated, a crisis of confidence erupted that will continue to have ramifications for years to come.

For the longest time, most traders skirted around the elephant in the room – the reliability of stablecoins, whether algorithmic or otherwise, but their convertibility for fiat currencies cannot be assumed.

So how should prudent managers approach stablecoin risk?

Until such time that a major central bank like the U.S. Federal Reserve makes a central bank digital currency widely available, reliance on privately-issued stablecoins tied to assets like the dollar will continue to be unavoidable.

Akin to the wildcat banks during the Free Banking Era from 1836 to 1865 in the U.S., which at the time lacked a national banking system, privately-issued stablecoins will continue to be a risk for cryptocurrency investors, but that doesn’t mean the risk can’t be modelled and mitigated.

By analyzing the degree to which a stablecoin, algorithmic or otherwise is backed, a manager could refer to the sort of assets that are being used to hold up its peg to some other asset like the dollar.

Using a qualitative or semi-quantitative credit scoring system for instance, audited, transparent dollar deposits backing a stablecoin issued by a reputable entity could possibly be scored higher, while those with more opacity on their reserves would receive a lower score.

Like banks, stablecoins must also be assessed for their ability to absorb a high volume of redemptions simultaneously before a de-pegging event occurs.

Managers can also use heat maps to ascertain genuine liquidity for stablecoins and in the case of algorithmic stablecoins, their linked volatile tokens that underpin the peg of their stablecoin counterpart.

In the wake of the TerraUSD collapse, a crisis of confidence saw as much as US$10 billion worth of redemptions from the controversial stablecoin Tether or USDT, which saw its peg slip to as low as 95 cents in the dollar before regaining (close to) parity again.

Tether’s ability to satisfy redemptions has calmed nerves somewhat, but ideally for managers, the certainty of a stablecoin’s redemptions ought not need to be tested.

Because stablecoin movements are on-chain, such transactions can be used as an early-warning signals to potential runs on stablecoins or signs of stress, especially at the weakest corners of the stablecoin universe.

Modelling Outside of examining the systemic risks that affect all stablecoins, such as regulatory risk, other risk factors that a specific stablecoin is exposed to could also be monitored and modeled.

These idiosyncratic risks are essential for managers who want to generate some of the attractive yields that decentralized finance or DeFi is well-known for, without risking a blowout such as in the case of TerraUSD.

For instance, in the case of TerraUSD, by March of this year, traders were pointing out that the Anchor Protocol Reserve, which was paying out yield of 19.45% per annum to TerraUSD depositors, was rapidly being depleted.

Although in theory, Anchor Protocol pays its depositors with money earned from lending TerraUSD to borrowers, in addition to staking rewards on their collateral, the borrowing rate was far lower than the amount paid out on deposits.

By March, concern was growing that reserves to pay out depositors would be depleted faster than Anchor Protocol’s ability to pay out its obligations and this was met with a US$450 million injection of TerraUSD into the reserve.

A sound risk management model could have tied in the relationship between Anchor Protocol, TerraUSD and Luna.

TerraUSD has no intrinsic demand, and to generate such demand, Anchor Protocol was paying close to 20% yield on a stablecoin deposit, unheard of across the industry.

To maintain TerraUSD’s peg to the dollar, its sister token Luna, ensured that 1 TerraUSD would always be fully convertible for $1 worth of Luna, if TerraUSD was worth more than a dollar, arbitrageurs could swap $1 worth of Luna to mint TerraUSD, and earn the arbitrage profits.

Similarly, if TerraUSD was worth less than a $1, arbitrageurs would swap 1 TerraUSD for $1 worth of Luna, removing UST from circulation and presumably helping TerraUSD recover its peg to the dollar. TerraUSD’s algorithmic stablecoin is designed to work automatically, but the needed intervention on the Anchor Protocol Reserve ought to have been a warning sign that all was not well – after all, why would an algorithmic stablecoin require a de facto reserve in the form of fresh TerraUSD and later on, Bitcoin?

A multi-factor risk model matrix could have caught the risks associated with TerraUSD at the early stage when there were signs that the Anchor Protocol Reserve was rapidly being depleted.

In fact, there is plenty of blockchain data that revealed “TerraUSD whales” or large holders of TerraUSD, were rapidly cashing out their holdings, even as retail investors started pouring back in – something a risk factor model could have caught.

Tools such as Nansen.ai are commonly used to monitor “whale” wallets and determine what they are holding and when they stop doing so.

Whilst it is not conclusive, it puts a finger to the wind to warn of potential catastrophe.

Some risk management is better than none

Navigating the cryptocurrency markets is challenging even on the best of days and increasingly, managers need to manage a stable (pun intended) of risks well in excess of what they may be used to.

Ultimately, all risk outside of trading risk can be boiled down to counterparty risk – do you know who you are trading against and are they good for the money?

Whether it’s centralized or decentralized exchanges, algorithmic or asset-backed stablecoins, managers will need to pay attention to their counterparty risks and sometimes diversification isn’t possible.

Because (genuine) liquidity in the cryptocurrency markets tends to be held in a handful of venues, odds are that the best returns are had through concentration of activity, and with that, comes an increase in counterparty risk.

Against this backdrop, managing risk sometimes means just staying one step ahead of a counterparty’s potential default and that means keeping an ear to the ground always by some form of risk management overlay that keeps tabs on all relevant factors.