Robotics, Bionics and AI: Will there be any human underwriting left?! 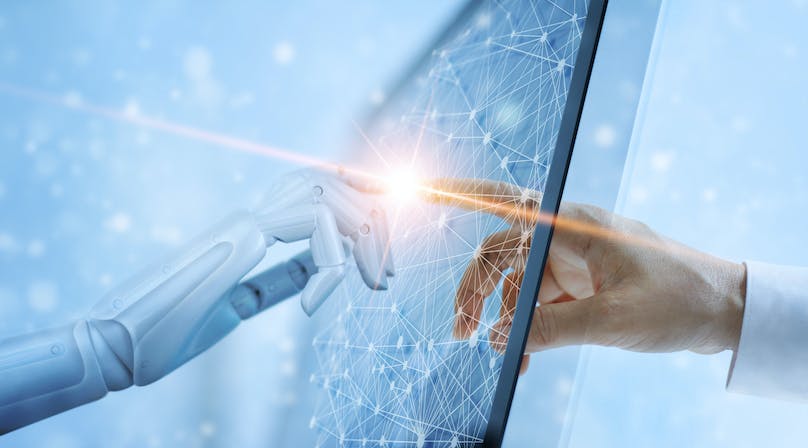 A part of #InsurTechRisingLive, we brought together experts from a range of different sides of insurtech, including distribution, underwriting and claims. Here, David Williams, Managing Director, Underwriting & Technical Services at AXA Insurance UK, takes a look at the future of underwriting.

Back when I was young, any reference to a ‘Bionic Underwriter’ would have been a sarcastic jibe as one of the elder members of the team got a new hearing aid, but now it seems to be cropping up with increasingly regularity and does to me seem to describe at least one potential future of underwriting.

Clearly things will vary depending on whether you are dealing with personal or commercial lines, what lines of business, what size of risks, but my long held view has been that the underwriters of the past won’t be as we knew them. In addition to those skills honed over the years through practical experience, their abilities will be ‘Augmented’ in some way or another.

My early training was alongside an experienced underwriter, understanding where they looked for guideline rates, but more importantly understanding how they got that ‘gut feel’ on what was a better risk of its type. I learnt as well as of course to understand the individual risk elements that needed to be charged for, or premium given away which seemed equally as likely.

Can your average underwriter cope with such huge amounts of information?  We all know the problems of sometimes not being able to see the wood from the trees.

Over the years that didn’t change much in principle, but the granularity has transformed, whether that be the detail and split of any guideline rates, or those risk factors, be it from reports from surveyors, risk control engineers, or other sources.

That in itself causes a problem, can your average underwriter cope with such huge amounts of information? Does it cease to add value? We all know the problems of sometimes not being able to see the wood from the trees.  Fortunately, and just in time, technology is coming to our rescue, but it’s not just going to make it easier to deal with all this data, it’s also going to fundamentally transform the way in which underwriters work.

Whilst old hat for the personal lines teams perhaps, commercial underwriting has seen the emergence of separate dedicated Actuarial teams supporting the underwriting task, and as in personal lines as well those are being supplemented with data scientists. One of the biggest challenges here has actually been managing to recruit and retain these people.  With an increasing focus on data, everyone has been competing for their signatures, driving salaries up at a rate of knots. Never before has there been a better time to have a maths/computer science style degree to build upon!

If you are quoting for large blocks of fairly similar business - in personal lines for instance - the process is well established. The actuaries and data people produce the pure theoretical pricing layer, and then sometimes completely separate teams add the expense layer and other factors. To finish, the people responsible for the end result, both top and bottom line, add the final market adjustment layers which determine whether the business sells and/or makes any profit at all.

A challenge is how to incorporate technology more intrinsically into the process that without making underwriters used to pricing autonomy feel like they are no longer valued, and that the computer has finally won out.

Commercial lines is much more difficult, much more bespoke, but should it lack the benefit of those cover mathematicians, data enrichment and everything? Of course it shouldn’t but the reality is currently it’s falling behind. The future however will be very different.

Most large composite insurers are talking about growing profitably in commercial lines, so with increased competition they will need extra help to ensure not everyone loses their shirts. The techniques have been proven in personal lines, now we need to find ways to bring them into a much more ‘Live’ process, informing traditional underwriters, helping them make the right decisions, making them aware of underwriting factors that they might not even have considered. A challenge is how to do that without making underwriters used to a degree of pricing autonomy feel like they are no longer valued, and that the computer has finally won out, even in this most complex area of underwriting.

The convincing, I think, is actually the easier element; systems monitoring quotation success, profitability and conversion statistics, in a live environment that underwriters can understand and use the outputs to adapt what they are doing, is likely to be very well received. This means an end to stand alone spreadsheets, or worse still paper systems with little ability for analysis, and an adoption of fully integrated web-based rating systems, hopefully built around modern open source languages like R and Python or their successors.

My vision of the future isn’t an underwriter replaced by a machine, but one whose capabilities are enhanced, turbo charged, enriched by technology.

But what will these rating systems have going on in them? There will still be a degree of the good old-fashioned trade codes and loss statistics, albeit challenged and checked more regularly in the background. In addition, Machine Learning and the early stages of AI will ensure that a much greater volume of data than has ever been previously considered is used in arriving at the final decision, thousands of external data sources brought in seamlessly, information much more likely to be externally sourced than completed on a proposal form, and a product and price fine-tuned for a truly individual risk - those insurers who do this the best will be those who dominate the next decade and behind.

My vision of the future isn’t an underwriter replaced by a machine, but one whose capabilities are enhanced, turbo charged, enriched by technology. Machine learning and Artificial Intelligence are constantly updating core rating and identifying which risks are worth going the extra mile for. Bionic? Maybe not, but made much more capable than the underwriters of the past, and fully embracing our digital future.