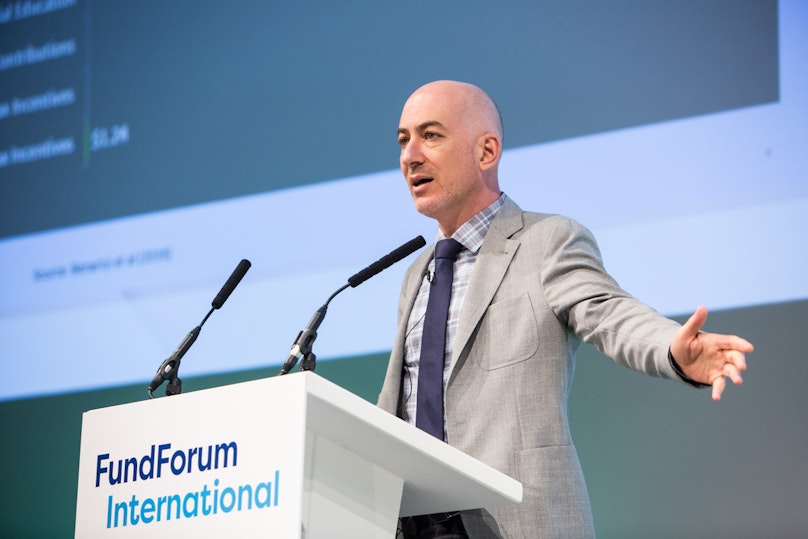 Do you know why your customers make the decisions they do? Do you know what their behaviours tend to be in certain situations?

Esteemed behavioural economist Shlomo Benartzi gave a fascinating insight into why people do what they do at FundForum, with a special focus on the financial world.

And he knows what he is talking about. Benartzi is part of a team that is responsible for dramatically increasing the savings rates of millions of Americans through a pension plan that he designed.

In many places in the world, the public are left to decide how much to save for their retirement. It’s no great secret that the vast majority save far too little, despite having good intentions to do so in the future.

So Benartzi came up with a simple programme, called Save More Tomorrow.

“It’s almost embarrassingly simple,” he said. “It is based on increasing the amount you save every time you get a pay rise.”

For instance, when a person receives a 4% pay rise, they put the 3% into the pension plan and keep the remaining 1%.

“The point is that you don’t have to cut your spending in order to save,” he explains.

But people can’t be relied on to do this for themselves, as a survey he conducted showed. So the answer was to automate it. Every time an employee gets a raise, they save more automatically.

But this automation didn’t mean that it was mandatory, or that they couldn’t opt out – they could.

The results were extraordinary: “The savings rate quadrupled within three and a half years,” he said.

“This is very powerful,” states Benartzi.

“It’s a win-win. It’s good for the fund management industry, it’s good for individuals, and it’s good for society – there will be a lot less pressure on social security.

“But the key insight is this,” he continued. “If we understand how people make decisions, we can devise solutions that help them make better ones.”

A lot has changed since Save more Tomorrow was launched. Not least of which, is the speed and scale with which things happen through digitization.

But one thing hasn’t changed, and that’s the fact that financial education continues to be a failure.

“You might ask people in a financial education seminar if they are planning to start saving for retirement. One hundred per cent say they plan to start. Very few actually do,” explained Benartzi.

“And good luck telling people about variable rate mortgages at the age of 16.”

The answer, he said, was just-in-time financial education – teaching people about money at the exact point that they need the lesson.

For instance, when looking at the return on investment when trying to motivate people to save, tax incentives, employer incentives and financial education all had a low return. For every dollar spent, the maximum return was $15, but got as low as $1.

But email nudging – sending people an email at the right time showing them how a lot of small contributions can add up, gave a return on investment of $1,600 for every $1 spent.

“It does beg the question why companies don’t invest more in behavioural science, and why governments don’t,” mused Benartzi.

Digital devices change how you behave

Benartzi saved some of the best insights for last.

1. People tell the truth on a digital device

A person will tell a financial advisor that they only have one or two alcoholic drinks a week, but will tell a digital survey the truth – that they consume as much as two or three bottles a week.

“This is massive,” he said. “The answers affect the profitability of the insurance company, the quality of the product that the consumer gets, and all because they don’t want to be judged by a real person.”

In the digital age, people consume information much faster, but they remember nothing, said Benartzi. People learn better with pen and paper. You can’t write as fast, so you have to summarise.

“The lesson here is that the information sent out digitally by asset managers might not be well understood.”

3. The way a web page is designed influences our decisions.

“If I give people a 3x3 metric on a website, with nine choices of food items, I can get over half of them to select a food item they don’t like, simply by placing it in the middle of the screen,” he explained.
“Imagine that you’ve given people a choice of funds with different risk levels – where you place them on the screen is the number one factor in their decision!”

People make different decisions when using touchscreens, as opposed to when they use a mouse.

“They get more attached to products – and are willing to pay a lot more – because they touched it; they related to it,” explained Benartzi.

5. People don’t make good decisions when they use a mobile device

People were much more likely to get the answer right when they had used pen and paper, followed by a laptop, and lastly a mobile device. The upshot of this was that “people don’t make good decisions on mobile devices”.

“Other studies have shown that people are more emotional on mobile devices,” he said. “If you get a dumb email from a colleague who has copied everyone, most often it has come from a mobile device.”

This raises a lot of questions, said Benartzi. Such as deciding on whether people should be able to cash out their retirement through an app.

“Should we allow people who log on to their digital device at 2am to cash out their account? Half the people on the internet at 2am are drunk.”

The opportunities inherent in understanding behaviour were staring us in the face, concluded Benartzi.

“Unless we understand how digital devices influence our behaviour, we won’t be able to build the right solutions, and things could easily backfire (like cashing out a pension at 2am).

“If you think about behavioural economics and the digital age there, are a lot of opportunities. Let’s not waste them.”