The Art of Killing (a Project) 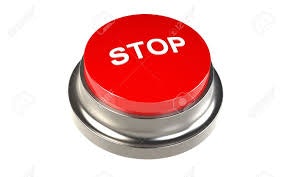 As innovation becomes an increasingly popular topic in business
literature, social media and public discussions, it also turns into a powerful
magnet for clich's. One of the most used, if not abused, is 'celebrating failure.'
Of course, innovation is all about experimentation, and experimentation results
in failure more often than in success. We must absolutely accept innovation failures, learn from them
and recognize people taking risks. An example here could be set by the Tata Group that
rewards exceptional ideas even if they weren't operationally successful
(through a special category of awards, appropriately called 'Dare to Try').
But do we really need celebrate failure? In every language, in every
culture, the word 'failure' carries a distinct negative connotation; placing it
in the same sentence with 'innovation' doesn't change anything. By calling to
celebrate innovation failures we do nothing to advance innovation in places,
still very numerous, where the fear of failing continues nipping innovation in
the bud.
Instead of
celebrating failures of innovation projects we'd better learn how to minimize the
cost of failure through proper portfolio management. In practical corporate
terms, that means that we have to master the art of killing projects. 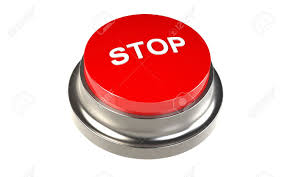 Everyone
would agree that killing projects is a key to maintaining healthy product
development pipelines. By terminating projects that are going nowhere,
companies free up resources to introduce new, potentially more successful
initiatives. But in real life, killing projects turns out to be tough. Despite
our proclaimed willingness to celebrate failures, we're actually quite bad even
at admitting them, for failed projects negatively affect the company's bottom
line and definitely don't make our career prospects any better (to say the very
least).
So, how do companies approach the ever important kill/continue
decisions? This largely depends on which of the two schools
of thought they belong to: 'pick the winners' or 'kill the losers.' The
'pick the winners' approach relies on selecting relatively few projects that are
expected to have the greatest chance to succeed'and then investing heavily in
these projects. As often happens, once a 'winning' project has been selected
and advanced into the project pipeline, killing it becomes extremely difficult.
In contrast, the 'kill the losers' strategy is based on launching a large
number of projects, followed by carefully monitoring them, identifying those
that perform badly and then killing them as rapidly as possible.
A recent study on drug
development--an area where 'celebrating failures' sounds almost atrocious due
to their astronomic price tag--shows that it's the 'kill the losers' strategy
that turns out to be a true winner. In particular, the study showed that the
number of approved drugs for any company strongly correlated with a high
termination rate for drug candidates in preclinical/Phase I stages. In other
words, companies making hard decisions about which project to terminate earlier
in the project lifecycle did much better than those postponing these decisions
for later.
Big corporations should take a careful look at how early-stage
companies operate. Of course, startup entrepreneurs don't run a large number of
projects; they simply can't afford it. However, they never waste time and
resources on any single idea that proved to be a loser. They learn from the
failure and they pivot, a startup's
equivalent to killing a project. As large companies warm up to the concept of intrapreneurship--instilling the spirit
of entrepreneurship in the corporate culture--they must perfect the way they
identify and terminate failed projects.
Hopefully, The
Corporate Intrapreneur Summit (organized by the Institute for International Research and Culturevate) taking
place on October 8 in New York City will address the topic of portfolio
management as part of the corporate intrapreneurship process.
We live in a
success-driven society. We should strive for success and success only. And let's
reserve celebration for those occasions, however rare, when we succeed.


About the Author: Eugene Ivanov is helping organizations of different sizes design and implement internal and external innovation programs. He's an expert in selecting and defining R&D problems that can be successfully solved by crowdsourcing. He writes blog Innovation Observer and tweets @eugeneivanov101.
Image credit: www.123rf.com