The Dark Side of Innovation 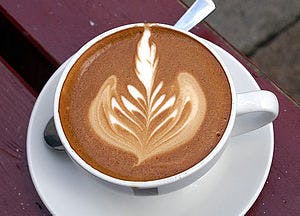 'The Force can have a strong influence on the weak-minded.' - Obi-Wan Kenobi

Supposedly there's no such thing as a stupid question. At least that's what I tell my kids. I wonder though if this is actually true. In any case, every once in a while I deliberately attempt to ask one.

In grad school I remember sitting in class listening to an Operations professor talk about Deming and the definition of 'quality'. Having also recently studied business as an undergrad, this particular lecture didn't really offer any substantial new insights for me. And perhaps having been up late the night before and thus a little tired, my attention span wasn't likely stellar that day. I could feel my mind going a little numb (not in a good way). As I listened to the explanation of 'quality' and various examples of 'quality' products, I began formulating a 'dumb' question.

At some point I finally felt compelled to make an attempt to divert the discussion towards something at least slightly more intellectually engaging. 'Is there such a thing as quality cocaine'? I asked.

I actually had already formulated my own answer. Based on textbook definitions of 'quality', there indeed exists quality cocaine. Quality technically doesn't really have much to do with the underlying nature of a product or service offering, but rather simply its conformance to requirements, zero defects, and the idea of continuous improvement (or more recently six sigma). To prevent my mind from floating off into the abyss though, I was hoping to get at least a minor philosophical discussion going with my classmates on the moral and ethical obligations we have as business leaders. It seemed we always talked about quality as a good thing, when in fact it's simply a neutral concept. The prof acknowledged the limitations of the textbook definition, but was reluctant to begin a philosophical discussion on this duality. He didn't have any notes or overhead slides to assist in such a discussion.

Although it seems innovation is always put into positive context, there is nothing intrinsically good about innovation either. New doesn't inherently equal good. It is up to us to apply innovation in a manner consistent with our own values ' good or bad.

Obi-Wan Kenobi: A young Jedi named Darth Vader, who was a pupil of mine until he turned to evil, helped the Empire hunt down and destroy the Jedi knights. He betrayed and murdered your father. Now the Jedi are all but extinct. Vader was seduced by the dark side of the Force.

There is no doubt that innovative products can have negative consequences or unintended side effects. Nothing is perfect. Nor can we control exactly how an innovation gets used now or in the future. Alfred Nobel, a pacifist who liked to write poetry, was dismayed that his most notable invention ' dynamite ' was used extensively for war rather than peaceful purposes. The Wright brothers couldn't possibly have known that an airplane might one day be used as a terrorist missile. And Jonas Salk certainly wasn't going to stop development of his polio vaccine simply because a small percentage of people might experience complications from the vaccine itself.

These are all innovative. But they are not examples of the dark side.

Darth Vader: I've been waiting for you, Obi-Wan. We meet again, at last. The circle is now complete. When I left you, I was but the learner, now 'I' am the master.
Obi-Wan Kenobi: Only a master of evil, Darth

The dark side of innovation is the use of innovation for personal gain coupled with either an explicit intent to do harm, or in a more common situation simply a total disregard for the broader known consequences and well-being of others.

Examples that come to mind include: the use of Special Purpose Entities (as employed by Enron) to conceal actual financial realities; artificially elevating the nicotine content of cigarettes to keep people addicted; and although not the originator of the Ponzi scheme, add Bernard Madoff to this list of examples. The shear size and scope of his charade makes it particularly noteworthy.

Isn't the nature of innovation at least equal to if not actually more important than the innovation itself? I think so.

When all is said and done, like Vader, might there be redemption for the likes of Kenneth Lay, William Cambell, James Johnston, Joseph Taddeo, Andrew Tisch, Thomas Sandefur, Ed Horrigan, Donald Johnston, or Bernard Madoff? Somehow I don't think a Peace or other type of prize is destined to honor any of their names.