The emergence and benefits of bispecific antibodies 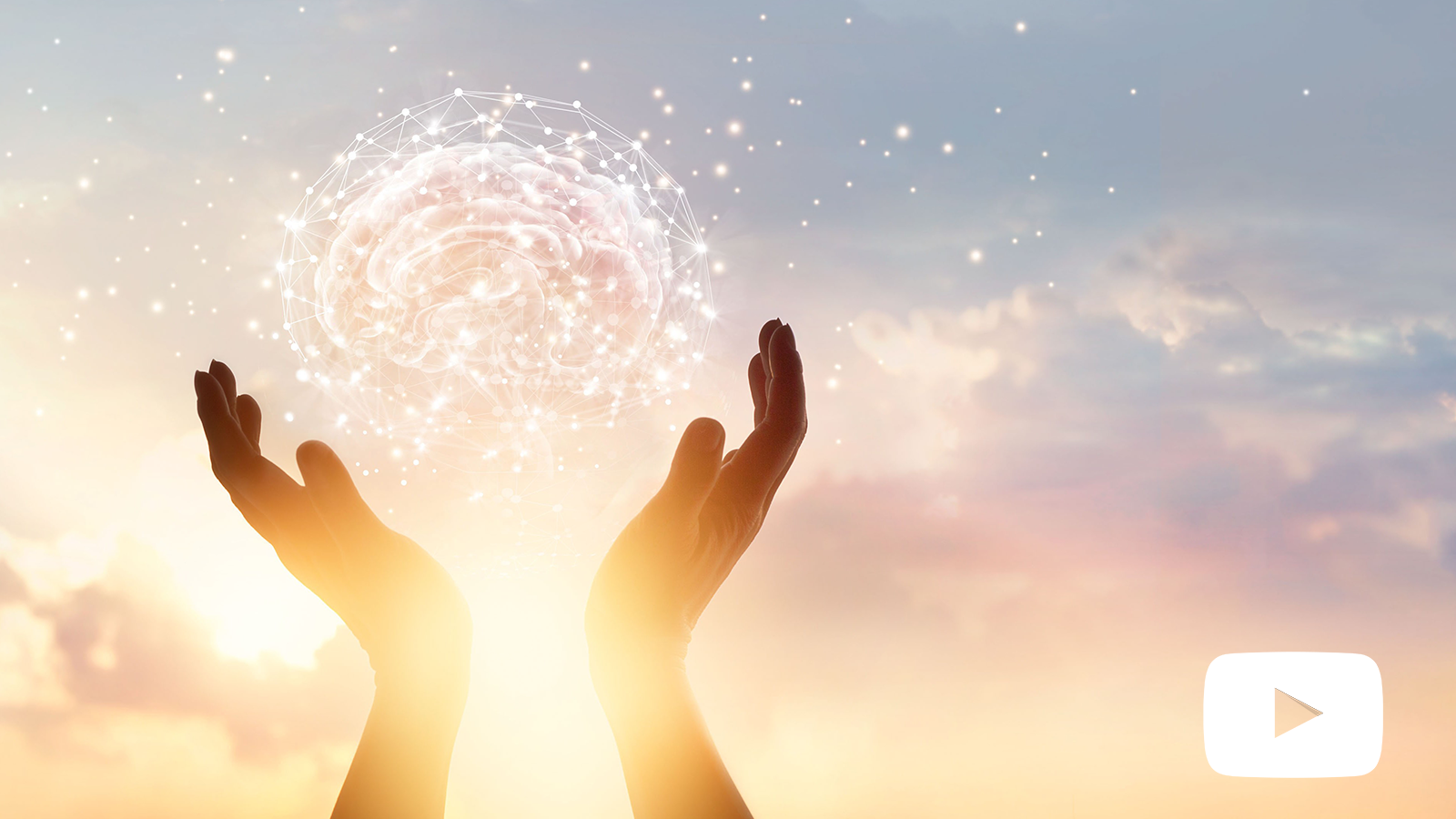 A long way has passed, since Kohler and Milstein marked the beginning of the antibody technology journey, by discovering the production of monoclonal antibodies using murine immortalized B cells [1]. Through the last two decades, a phenomenal evolution of bispecific antibodies has developed in front of our eyes, with this “zoo” of bispecificity being populated by many different species: there are small molecules made exclusively of the antigenbinding sites of two antibodies; molecules with an Immunoglobulin G (IgG) structure; and, large complex molecules composed of different antigen-binding moieties, often combined with dimerization modules [2]. In 1961, combinations of bispecific antibodies were created by chemically correlating two different Fragment-antigenbinding regions (Fabs) from polyclonal sera into a F(ab)2 molecule [3].

The development of the hybridoma technology in the 1970s, made it possible to create individual bispecific antibodies through the chemical reduction and reoxidation of the monoclonal antibody interdomain cysteines; or, the production of a quadroma, through the fusion of two different hybridoma cell lines [4]. Still, due to the random association of heavy and light chains inside a quadroma cell, only a small percentage of the generated IgGs were properly associated, with the production of many unnecessary pairings [5].

The next challenge to overcome, was to force a particular association of heavy and light chains, and then separate the bispecific antibodies from closely related contaminants [4]. The solution to this problem came in 1996, when the generation of mutations in the CH3 domains of heavy chains was developed [6]. By engineering one heavy chain to express a “bulky knob-like structure”, and the other heavy chain to exhibit a “hole-like structure”: “knobs-intoholes” technology was used to preferentially select heavychain hetero-dimerization over homo-dimerization [6, 7].

The benefits of bispecific antibodies over monoclonal therapeutics are huge, due to their higher binding avidity to targets, which can interact with more than one surface antigen; boosted cytotoxic effects, because of the direct recruitment of effector cells to the site of the disease; and, in tumorigenic conditions and infections, have less resistance to development due to the matched targeting of two different antigens [4].

Minimalist designs of bispecific antibodies, include those that only have the antigen-binding sites of two antibodies; as in, single chain variable fragment (scFv) derivatives connected by a linker [4]. These tandem scFvs were at the core of the development of the Bispecific T Cell Engagers (BiTEs) [9]. In a BiTE, one scFv is specific for the CD3 receptor on T cells; and, the other one, for a tumor-associated antigen, which targets T cells to tumours [10].

RELATED ARTICLE: What is an antibody?

One of the only two market-approved bispecific antibodies is Blinatumomab, a BiTE that targets CD19 on B cells, and it is approved to treat certain types of acute lymphoblastic leukaemia [4]. BiTE molecules are rapidly cleared from circulation because of their small size (terminal half-life of ~1.25 h), which makes it possible for the antibody to be administered as a continuous intravenous infusion, at a constant flow rate with a portable pump, in repeated fourweek cycles [2]. It is currently being tested for non-Hodgkin lymphoma [8], but central nervous system toxicity is still an issue for Blinatumomab in diffuse large B cell lymphoma [11].

Catumaxomab (Removab, from Trion) is the other marketapproved bispecific antibody with trifunctionality, approved by the European Medicines Agency in 2009 for the treatment of malignant ascites [12]. It redirects T cells to tumor cells that express Epithelial Cell Adhesion Molecule (EpCAM), ascites secondary to epithelial forms of cancer, especially gastric cancer [13].

T cells are not the only ones that can be triggered by bispecific antibodies. The ability of Natural Killer (NK) cells to quickly lyse antibody-coated tumors and efficiently secrete cytokines without previous priming, has made NK cells ideal candidates for cancer immunotherapies [14]. Bispecific Killer Cell Engagers (BiKEs) were designed to target NK cells to tumors, using an anti-CD16 module [15].

Gleason and colleagues have shown in 2012, that BiKEs (CD16/CD19) and TriKEs (Trispecific Killer Cell Engagers: CD16/CD19/CD22) are able to trigger NK cell activation through direct signaling; and, induce direct secretion of lytic granules, and target cell death [9]. Although, existing BiKE and TriKE constructs show great translational potential, there are efforts currently underway to further improve their efficiency and usefulness in the clinic. One of the obstacles to their use, is the fact that CD16 expression in NK cells is rapidly clipped from the surface of the activated cell by Matrix Metallproteinases (MMPs) [14]. The loss of surface CD16 expression on NK cells results in a diminished capacity of BiKEs and TriKEs to mediate subsequent rounds of antibody-dependent cell-mediated toxicity. To address this concern, there are currently ongoing studies to evaluate MMP-specific inhibitors as a means to prevent CD16 clipping during NK cell activation [14]. The first-in-class TriKE Phase 1 study is currently ongoing at GT Biopharma Inc. together with the University of Minnesota to further develop and commercialize cancer therapies using TriKE technology [16].

Another popular bispecific antibody format is the Diabody, which is generated by connecting variable regions of heavy and light chains by a peptide linker [4]. Because of the short length of the linker, intra-molecular association of the variable regions is not allowed; and, instead, the variable regions from the different peptide chains associate together, forming a dimeric complex with two antigen binding sites [17]. There’s the single-chain diabody format, in which the two separate diabody chains are connected by a suitable linker (forcing correct assembly and increasing stability); the tandem diabody format known as TandAb, in which the connecting middle linker is shortened, resulting in a dimeric molecule with a head-to-tail assembly; the dualaffinity retargeting (DART) format, in which a diabody heterodimer is stabilized by disulfide bonds; and the bispecific IgGs made by knobs-into-holes technology, or by the addition of antibody-like molecules to monoclonal IgG amino termini or carboxyl termini (for example, FynomAbs) [4].

An example of a bispecific TNF/IL-17A-binding FynomAb is COVA-322, which sponsored by Covagen, was tested in Phase 1b/2a clinical trials for the treatment of moderate-to-severe plaque psoriasis [18]. Through its unique mode-ofaction of inhibiting simultaneously TNF and the IL-17A homo-dimer, COVA-322 represents a promising drug candidate for the treatment of many other inflammatory diseases (e.g., Rheumatoid Arthritis, Inflammatory Bowel Diseases).

Due to their ability to bind more than one target, bispecific antibodies can be used to simultaneously block proteins from different signaling cascades (e.g., tumor growth + inflammation); and, for that reason, improve therapeutic efficiency by combined blockage of targets [4]. This was the approach used by Veri and collagues to treat mice with Collagen-induced Arthritis [19]. By generating a dual-affinity retargeting (DART) bispecific antibody that simultaneously grasped to an activatory and an inhibitory B cell receptor, they managed to inhibit B cell proliferation and control immunoglobulin secretion [4]. This innovative bispecific antibody scaffold, which simultaneously engages activating and inhibitory receptors, enables a novel therapeutic approach for the treatment of not only rheumatoid arthritis, but also other autoimmune and inflammatory diseases [19].