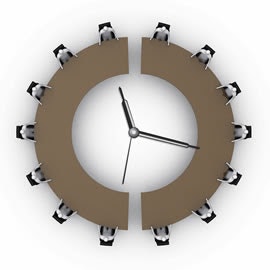 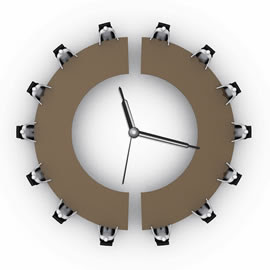 If a large company wants to bring a radically new product to market, then its director-level management must invest substantial time into the project, especially during the initial concept-generation phase. If the senior director team do not commit at least 24 solid hours during the formative stages, then the project will almost certainly fail. After 20 years of experience helping corporations to embrace innovation, and work on over 50 major R&D projects, I developed a 'Golden 24 Hours' principle to help ensure innovations make it to market. The concept has already been recognised by many international clients, who typically look for new product lines that will generate additional turnover of tens of millions of dollars. To succeed, the 'Golden 24 Hours' investment needs to involve directors covering the key disciplines such as marketing, manufacturing and engineering. The director with each of the major responsibilities needs to invest at least 8 hours in kick-off meetings, covering topics from the initial blue sky thinking, to project budgeting and objective-setting. Having worked on so many major projects with blue-chip organisations, I realised that if the initial time investment comes to less than a combined total of 24 hours, then an idea is unlikely to come to fruition, no matter how good it is. When a major R&D project is cancelled, it's often attributed to some spurious reason such as a change in corporate organisational structure, or change of market emphasis. The underlying problem is almost always that key director-level staff have not signed up. Between them, they have to commit at least 24 solid hours to the ambition-setting processes or the project will almost certainly fail. Most R&D departments are well suited to handling the development of new generations of existing products, which move technology along in moderate steps. However, more radical ideas are often shelved because by their nature they often necessitate significant change. That change might involve new production processes and capital equipment, or new types of sales channel, and only the most senior echelon of management is able to sanction this. As examples, Cambridge Consultants has worked with Royal Philips Electronics and Scotts to develop radically new product lines. With Philips, the result was an additional 55 million Euros of turnover in the first year. With Scotts, a whole new product area was identified. Both cases involve serious changes to production, marketing and distribution. If at least 24 hours of input are required, then how does that time get used to best effect? Here at Cambridge Consultants we've developed a robust methodology to bring together the needs of the developers and the corporate management, one that has mechanisms and moderation to resolve internal conflict and barriers to progress. On more than one occasion I've had clients jealously say of a competitor's innovation: 'but we did that in our own labs X years ago'. The solution to getting more radical ideas out of the lab lies in significant effort being applied to generating a clear understanding of the implications, across all key corporate levels. Understand the 'Golden 24 Hours' well, and a company's innovation culture can really be brought to life. I first wrote about this in 2006 in an article in Interface, and it was widely publicised, but it is as true today as it was then. The team here at Cambridge Consultants have adopted the 'golden 24 hours' as a recommendation to all our clients who are developing radically innovative products. To discuss this further please contact us or come and see us at stand 28 at FEI in Boston next week. Lucy Rowbotham is Consulting Director for Cambridge Consultants.