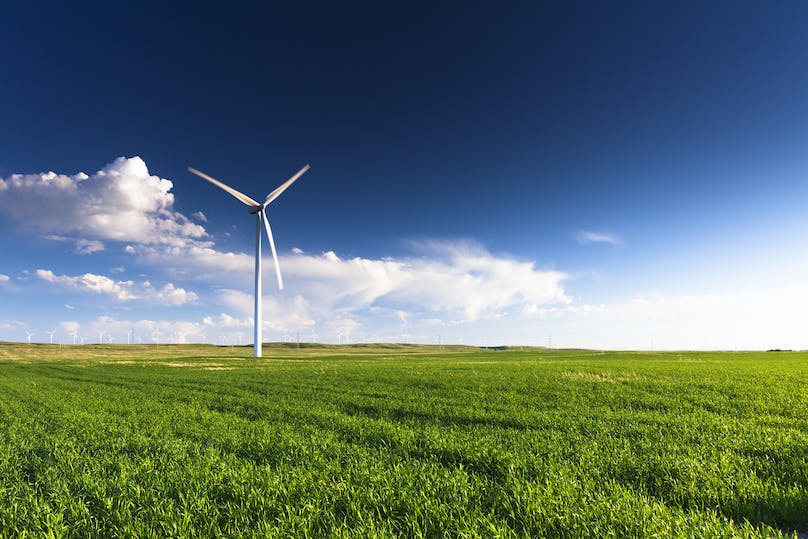 Dr Jeremy Leggett is founding director of Solarcentury, founder and chair of SolarAid, and a researcher and writer on climate, energy, tech and the future of civilization. Live from FundForum International 2018, Jeremy tells us about climate change and the opportunities and threats to investment management.

When the G7 leaders agreed to push for a phase out of fossil fuels in June 2015, few suspected they could take the rest of the world with them. But at the Paris climate summit six months later every independent nation on the planet agreed to join them. The cynics argued that their Paris Agreement would never come into force, but in November 2016 it did. Now, all the 197 signatories of the treaty are taking action, with more than 1,500 climate laws & policies in place. These are not yet in sum enough to hit the Paris target, but governments have built a ratchet – a mechanism for racking up targets in the years ahead – into their agreement.

A complete system change in world energy ought to be redolent with investment opportunity. And around the world, the beginnings of that system change are beginning to become clear. Some snapshots. The International Renewable Energy Agency reports that renewable electricity prices will be consistently undercutting fossil fuel electricity by 2020. Solar energy was the biggest single sector for new global power capacity additions in 2016 and 2017. In 2017, global solar capacity grew faster than all fossil fuels and nuclear combined for the first time. All China’s new power demand in 2015 was met with wind and solar. Fully 43% cities are now 100% renewable powered, and hundreds more are zeroed in on that target. 122 giant companies with “RE 100” targets have already procured renewable electricity on such a scale that, were they a nation, they would be a bigger consumer than Poland, and 24th in the world. One of them, Google, reached 100% renewables on 4th April 2018, despite the demand created by a host of energy-guzzling data centres. Apple joined them on 10th April. In America, the first coal plant has been shut down to be replaced by solar simply because the cost of building new solar is lower than the cost of continuing to operate coal. More than 10 million people now work in renewables for the first time, 3.4 million in solar.

But the revolution isn’t just about renewables. Battery and electric vehicle costs are tumbling and sales soaring too. Solar and batteries, when deployed in harness, are already beating natural gas. This has “chilling” implications, as Bloomberg puts it, for an oil industry intent on reinventing itself as a gas industry.

In the face of all this, much of the utility industry has given up on existing business models. All major EU power utilities have committed to carbon-neutral power ‘well before’ 2050. The oil and gas industry may not be far behind. Despite huge cuts in expenditure, most oil majors couldn’t even cover their costs at $50 oil in 2016. We hear a lot about how oil production has soared as a result of fracking in US shale, but much less about how this has only been achieved via the buildup of a mountain of debt. A Bloomberg compilation of the cash flows of 33 shale-weighted exploration and production companies operating in the four main US shale plays finds that none of the plays were profitable in any year from 2012 to 2017. In other words, at no oil price – high or low – did the industry do anything but add to the debt mountain.  As the FT puts it: “the US shale industry has been a money pit.” Others go further, describing it as a giant Ponzi scheme. Whatever it is, it isn’t obviously a great prospect for investors interested in reliable returns.

Oil and gas companies know they are in trouble. All have taken out hedge bets by buying clean-energy assets. One of the majors, Statoil, has decided it no longer likes the “oil” part of its name, and rebranded as Equinor. Repsol, Spain’s oil giant, announced on 15th May that it will end pursuit of oil and gas growth and chase energy transition instead. The Danish company Dong Energy has gone much further and nearly completed the full transition. Dong once stood for Danish Oil and Natural Gas. It has rebranded, as Orsted, because its assets are today almost 100% renewable, mostly wind.

That there are huge opportunities for investors in the situation I have precised is not so much because of the clear direction of travel, but more because there is so very much further to go. Notwithstanding all the above, the world still produces some 80% of its energy from fossil fuels.

So why not stay with the status quo for a while? The other side of the coin is that there substantial risks in so doing. They lie primarily in the physical risk of climate impacts, and in the risk of fossil-fuel assets being stranded, either by active regulation or by price-undercutting competition from clean energy. This spectrum of risk has been recognized by central banks since 2015, when the G20’s Financial Stability Board set up a Taskforce for Climate-related Financial Disclosure. The TCFD, chaired by Michael Bloomberg, reported in 2016, and its recommendations are now being weighed by investors. They include a range of requirements for reporting climate risks, and the tying of executive pay to performance on climate risk-abatement measures.

Again, a direction of travel is clear. By December 2017, 237 companies with market cap of more than $6.3 trillion had come out in support of the TCFD’s recommendations, including 150 financial institutions managing $81.7 trillion, among them 20 of 30 systemically important banks and 8 of 10 of the largest asset managers. Some of these institutions are actively campaigning, as though they are some new kind of environment group: funds managing $26 trillion have pledged to exert strong shareholder pressure on the worst 100 corporate emitters of greenhouse-gas emissions. (That 100, incredibly, produces two thirds of the global emissions total).

What proportion of future fossil-fuel investment is at risk of stranding? Carbon Tracker, a financial think tank I had the privilege of chairing from 2010 to 2017, has published a series of estimates. Its latest suggests fossil fuel groups risk wasting a minimum of $1.6 trillion in capex between 2018 and 2025 if the Paris Agreement is implemented.

Shareholders currently pressuring fossil-fuel groups to face up to climate risk have been clear that their ultimate sanction, if unsatisfied with progress, is to divest. Many already have. Within a year of the Paris Agreement’s adoption the total funds under management to divest from fossil fuels, or express intention to, stood at $5 trillion. Major funds continue to divest. New York City became the largest city to divest its pension funds in January 2018. The Catholic Church has made the largest faith-based divestment. BNP Paribas has dropped all business with a wide range of oil and gas companies and projects: all companies with a focus on shale oil & gas, plus tar sands, LNG terminals and pipelines, and Arctic projects. Most telling of all, the Norwegian Central Bank, manager of Norway’s oil fund – the world’s largest sovereign wealth fund – has asked its  government to instruct it to divest from oil and gas. The list goes on.

As though all this risk to investors was not dire enough, there is then the legal system around the world. Many law suits are now underway against fossil-fuel companies, seeking reparations for climate-related damages, and for potential securities fraud in misrepresenting climate risk to investors. That is another set of dramas worth following. Investors can do so on my website, Future Today.