The Unintended Upside Of Innovation 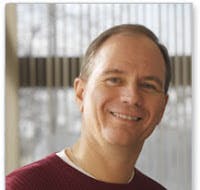 Whether you know it now or not, the true upside of your actions and innovations may not take real shape until sometime in the future.

If you have ever seen the movie Purple Rain, starring Prince (aka the Artist formerly known as the Artist formerly known as Prince), or are friends with Dallas Cowboys running back Marion Barber III, St. Louis Rams linebacker James Laurinaitis, or professional golfer Tim Herron, then perhaps you've heard of Wayzata, MN. Or if you had ever been a fan of the television show Beverly Hills 90210 (it doesn't matter whether you're willing to admit it) you may recall, but not likely, that Brenda and Brandon Walsh (played by Shannen Doherty and Jason Priestley respectively) originally hailed from Wayzata, MN before finding themselves in Beverly Hills. (Ironically, in the one overt reference made to Wayzata during 90210, Shannen Doherty incorrectly pronounces the name 'way-Zah-tuh' instead of 'why-Zeh-tuh'. Oh well.) Why do I know these things? I grew up around these parts and graduated from Wayzata High School.

But what does any of this have to do with innovation? Not really anything except that in the heart of downtown Wayzata lays a train track built by railroad tycoon James J. Hill. And this is where our story begins.

James Jerome Hill (September 16, 1838 ' May 29, 1916) was a Canadian-American railroad executive who because of the size and dominance of his railroad holdings became known during his lifetime as The Empire Builder. He was chief executive officer of a family of lines headed by the Great Northern Railway, which served a substantial area of the Upper Midwest, the northern Great Plains, and Pacific Northwest. One of his Great Northern lines ran through Wayzata on the shoreline of Lake Minnetonka. And the village council of Wayzata didn't quite like it. The rail was noisy and an eyesore. It wasn't becoming of the pristine lakeshore.

'Wayzata broke away from Minnetonka Township and became a separate governmental unit in 1881, mainly as a reaction to the roaring tourist-resorter lifestyle. Feeling their new power, the first act of the village council was to ban the saloons, and the second would have a more profound impact: they started a fight with James J. Hill to get the railroad tracks moved from downtown. An 1883 town law required the tracks be relocated 300 feet from the shoreline. Hill ignored the law, then in 1889 the council filed a lawsuit to force Hill to comply. Hill responded that he had state law on his side, and if they continued with their suit not only would he win, but he would make the town walk a mile for twenty years to catch a train. In 1891 the Minnesota Supreme Court denied the legality of the law, and Hill, as promised, moved the station to flat land beneath today's Bushaway Road railroad bridge.'

Today the railroad track in downtown Wayzata runs parallel no more than ten or so yards from the shoreline. There's nothing except rock and shrubbery between it and the lake. The Depot visible from Main Street was constructed by James J. Hill's Great Northern Railroad in 1906, and is listed on the National Register of Historic Places. And each year, just after school starts in the fall, Wayzata celebrates James J. Hill Days, a community festival complete with various activities, lots of food, and a parade.

So what exactly does this have to do with innovation? Perhaps nothing at all. But I can't help think that if the townspeople back in 1883 had won their battle with James J. Hill, the shoreline in downtown Wayzata would likely be obscured by condominiums. The scenic view would not be enjoyed by all.

Whether you know it now or not, the true upside of your actions and innovations may not take real shape until sometime in the future.