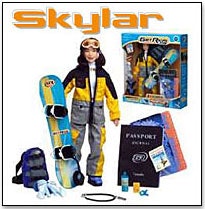 Much news has been generated regarding the rising costs of fuel, and the growing trend to be more 'green'. In our previous post on this blog, we discussed how UPS has attempted to cut fuel costs by only turning right. The Toyota Prius, which has been a front runner of the green movement by being one of the first mass produced hybrid vehicles available, will make a high end option available that will incorporate solar panels into the 2009 version of the car. These panels will only be used to power some of the air-conditioning, however, and will not to be used to fuel the entire car. This has led many to view this new innovation as simply a 'symbolic gesture' as this article in the International Herald Tribune remarked. In response to questions about the viability of solar panels on cars, Kentaro Endo, a director at the Ministry of Economy, Trade and Industry in Japan, and specialist in renewable energy has stated: "Even if you laid solar panels out on the entire roof of a house, you only generate enough energy to run two hairdryers," he said. "It's an interesting idea, but it would be very difficult to power a whole car, even with technological advances."