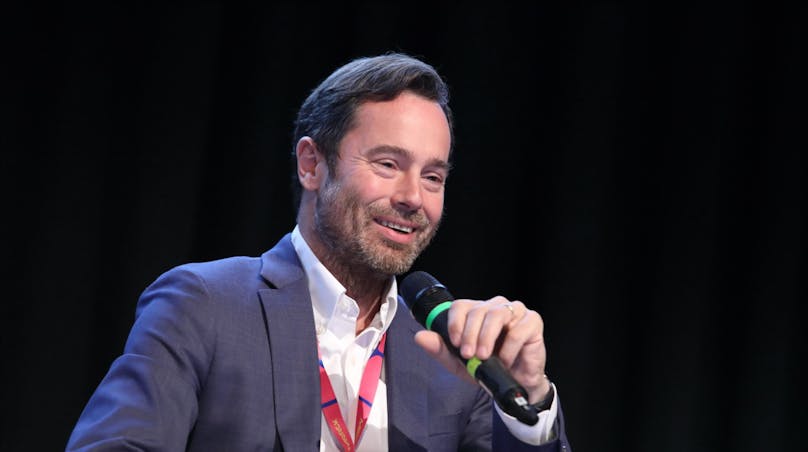 "This is clearly a time when small biotechs have all the options," said Philippe Lopes-Fernandes from Merck as he led off the keynote plenary discussion at BIO-Europe 2018.  "This is a good thing for the industry, for the markets. At a moment when there are exciting advances in research, there is plenty of money to advance this research. We are seeing larger and larger financings. Recently there is talk of a seed funding of $18 million, which is huge. There is also a boom in IPOs," he said.

"Still, as programs advance to the large trials and then going to the market things become more and more complex and not every emerging company is going to become a Genentech. Even those biotechs who are choosing to wait a bit to take more funding, or to go the IPO route, will find it is going to become important to have started dialogues with larger potential partners many years ahead," he said.

[Did you enjoy BIO-Europe 2018? Join us for BIO-Europe Spring in Vienna to ignite powerful partnerships with life science leaders.]

"Pharmas have evolved tremendously," he said. "If you look at dealmaking fifteen years ago versus today, things are completely different. The fact that there are alternative models available to biotechs has forced us to change, as well as the competition between the large pharma."

James Sabry leads Global Pharma Partnering for Roche and pushed back at the suggestion that pharma is the 800-pound dinosaur at the dealmaking table. 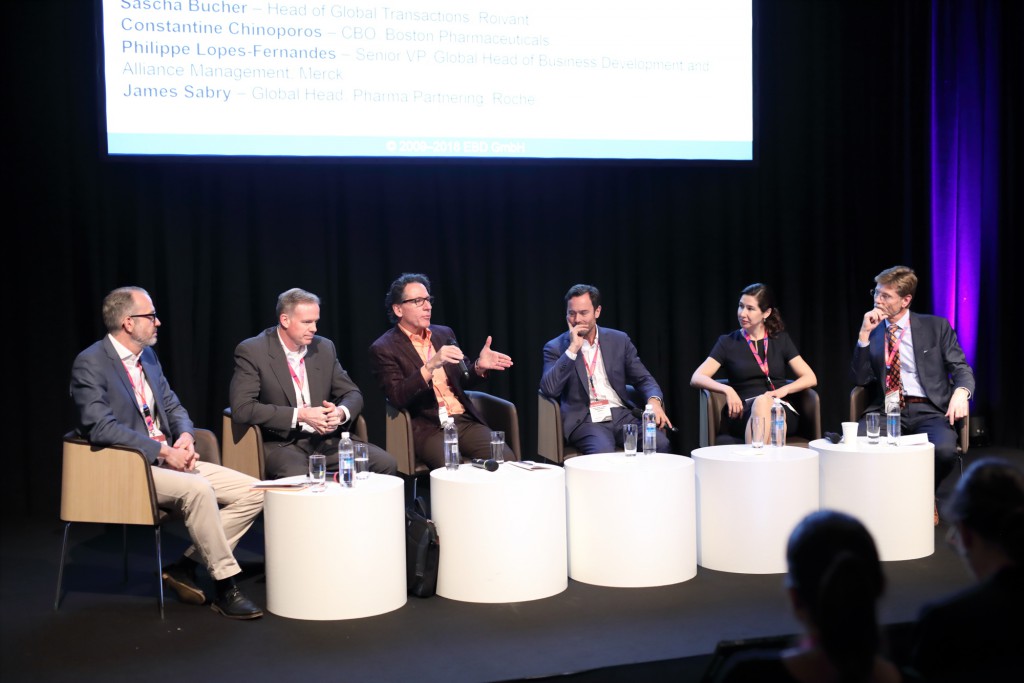 "Many people like to attack the big pharma model, though it is still working really well. We are not going away anytime soon," he said.

"I think that Roche buying Genentech was the most transformative deal in the industry.  Yet much earlier, a deal that Genentech did with Idec Pharmaceuticals to bring rituxan into the portfolio was a truly transformative deal, because it changed the way Genentech thought about antibody therapeutics. This led to a number of products internally.

"For this reason I cannot tell you today that the most recent deals Roche did for the full acquisition of Foundation Medicine and the acquisition of Flatiron will be transformative. They have wonderful business components, but as for being transformative, we have to wait, and to keep asking the question," he said.

Sascha Bucher, the Head of Global Transactions for Roivant Sciences said, "I would follow on James' theme that it takes some time to see how transformative a deal is. The one that I would mention came when Roivant was two years old, when every deal seemed transformational. And it was transformative in the way that it absolutely altered the way the outside world perceived Roivant.

"We entered into discussions with Takeda at that time on a program for women's health that Takeda did not want to pursue. It was Phase II ready with Phase II data already available. It is a gonadotropin-releasing antagonist that is best-in-class. This fit with Roivant's investment thesis as women's health had fallen out of favor," he said.

Bucher then spelled out for BD executives how the deal went down. "We offered a model where we could bring forward that compound in the rest of the world—leaving Asian rights to Takeda.  We would develop in both markets, we would openly share data that was generated, and a royalty from sales we generate in our territory would go Takeda, and vice versa. The most important piece was in offering no upfront payment. Instead we offered 12 percent in a company that was actually created on the basis of the transaction and privately owned,” he said.

"Yet the challenge in the deal was clearly around time pressures, first in getting to closing, and then even more so in post-closing," he explained. "We were very proud in showing we could be a partner without getting in the hair of a large pharma and begging them for services. In the same quarter that we closed the deal, we had a top CEO onboard, we started the first clinical trial, and nine months later we finished the trial. That data helped in launching the largest IPO, where we raised $200 million. Twelve months into the deal we started five Phase III programs."

Bucher added, "To James' point, the jury is still out about this being a transformational deal.  Hopefully next year we will be able to present some positive data."

Boston Pharmaceuticals is not exactly a household name, admitted Constantine Chinoporos, the company's CBO. "We are a translational medicine platform company focused on taking assets from pharma and biotech that are deprioritized and under-funded and moving them along through the human proof-of-concept."

He explained that "if the concept is successful, we will then look for strategic acquirers, or we will go to the capital markets and find a way to complete registration and commercialization of those assets. The model is an effort to expand the industry pipeline."

Suddenly in 48 hours in October, the company closed two different deals for eight molecules, three from Novartis in the anti-infection space, and five from GlaxoSmithKline across GI, dermatology, autoimmune, and metabolic.

"Instantly we took our portfolio from seven molecules to 15 in development," said Chinoporos. "For us, it was pretty transformational. It gives us lots of shots on goal, and perhaps two or three will succeed. We also wanted to be across multiple therapeutic areas, and these deals put us into eight categories," he said.

"It was also transformational in how we did the deals. With Novartis we created two newcos where Novartis took a minority equity stake, which is not a transaction we have done before. With the GSK molecules, we entered spaces where we have not had a lot of experience. We built out the teams for that, and again, this has been very transformational for us."