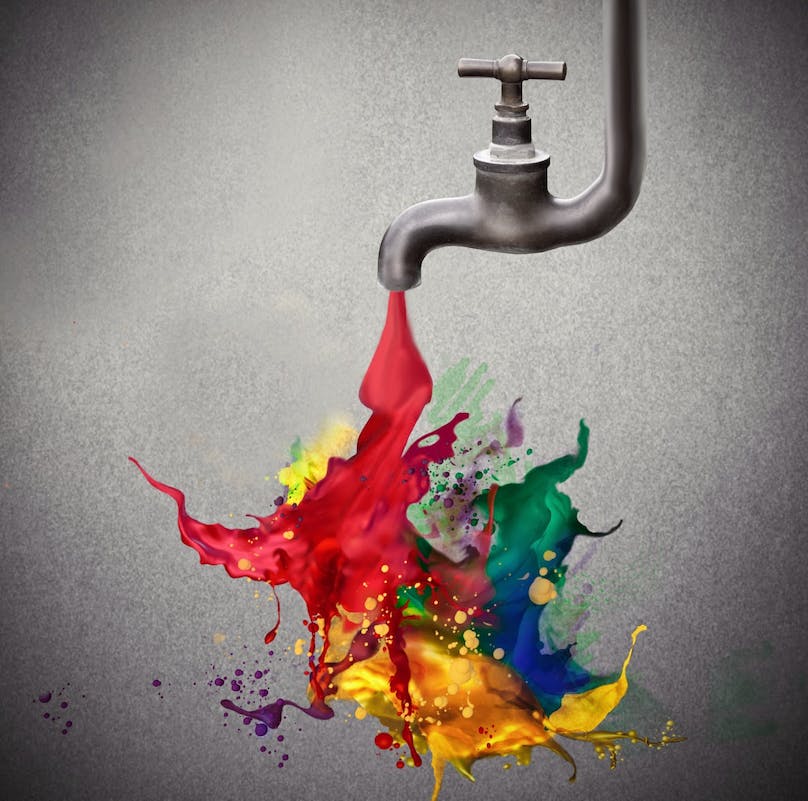 Wow!
What a kick-start futurist, Magnus
Lindkvist gave the FUSE audience this morning.  One of the most entertaining, engaging and informative talks
I have ever heard (and I have heard a lot of talks in the past).  Magnus not only gave us an articulate
vision of the future but a way of dealing with it.  He enticed us with the challenge, 'Letting go of ideas is
the pinnacle of inventing the future'.
Free yourself from conventional wisdom and anticipate new thinking.
He
discussed globalization and mentioned that we have not truly realized this imagined
status.  Only 5% of people live
outside o the country where they were born.  He bemoaned the fact that globalization is simply 'copy and
pasting' culture, architecture and experience from one location to
another.  Tokyo looks like New
York. Shenzhen looks like Dubai. Magnus sees this same copy/paste mentality in
branding and product innovation, renaming R&D 'Rip Off and Duplicate'.  This iteration rather than true
innovation causes lots more competition between similar brands rather than a
truly new experience.
He
suggested that rather than these 'horizontal' shifts in culture; we need 'vertical'
shifts.  Technology is one of these
vertical shifts.  Digitization and
Digitalization will truly accelerate change and make the future more radically
different than today.  Part of our
future we can predict now with certainty.
We now for example how many 70 year olds we will have in the next 50
years, but we do not know is how they will behave.
And
so, in this uncertain future we need to determine if we are going to just
compete or truly create.  He
offered 3 tenants that we need to embrace if we are to be truly creative.
1.
Willingness
to Experiment- the need to try new and potentially dangerous things.   He showcased a book called '50
dangerous things you should allow your children to do'. He suggested we teach our
kids how to take safe chances and learn from them.
2.
Embrace Failure- be willing to recycle
past failures and improve upon them.
He mentions that nothing ultimately fails faster than success.  When we are successful we feel that we
are immune to change, and that always catches up with us.
3.
Foster
the Virtue of Patience:  Success
takes time but persistence and willingness to learn from failure is the only
way to guarantee lasting success.
He
ended with a truly compelling video clip of a lone dancer at an outdoor music
concert who was unabashedly just going for it.  Slowly one by one he gathered followers.  Soon there was a tipping point where
those who were sitting started to feel out of place and then everyone got up
and danced.   He used this as analogy
to the designer and encouraged us to be the crazy dancer.    I wanted to rip off my
sport coat and shirt and dance as we all gave him a standing ovation.
Dennis Furniss- VP Global Design
Unilever then took
up the goal of designing brands for life.
As the first VP of Design in this huge, 100 year old company, Dennis
mentioned that creating brands for life is very different from creating brands
for consumption.  Unilever's goal
is to improve life through their products. He talked about this mission and how
his management team is driven to shift thinking within this huge organization
to make products that are relevant, ethical and responsible. Their measure of
success is to double the size of their business but not increase their carbon
footprint in the process.
He
sees the goal of design at Unilever to solve problems not just create
solutions.  This interesting
distinction was then further defined in the remainder of his personal story and
his relationship with design.
He
had a short video clip of 6 boxes being opened, each containing an object that
helped him tell his story.  An
orange is a perfect object that reflects the never-ending cycle of
re-generation. The year 1969 reminded him of being a boy and watching the lunar
landing while still using an outhouse and marveled at this contrast.  This served to highlight how Unilever
is now on a quest to provide proper sanitation to developing worlds. The
erector set called Mecano was used as an analogy for building things, breaking
them down and rebuilding them, learning from the mistakes and enhancing
mastery. The empty box was the analogy for inventiveness.  It's not an empty box but a container
for a gift, a child plaything, and endless number of things that come from
looking beyond the expected and developing the unseen opportunity.  The stone became a symbol of
usefulness.  Design is purposeful
and concrete.
In
the end he left us with the idea that design needs to influence how we think
and not just how we execute.  He
represents the next generation of Unilever thought leadership and the courage
to be bolder, more assertive, more daring.

The senior vice president of one of our collective mentor brands then took us on a case study of the evolution of Target's design-driven differentiation.  Shawn Gensch, Senior Vice President of Marketing at Target gave us an understanding of how design differentiated the Target experience from the other discount retailers who were formed in the same year, Wal-Mart, and Kmart.  Shawn acknowledged that differentiation based on the lowest price is a 'zero sum game,' a race to the bottom.  Target played this game well for a period of time, but because of the size and scale of Wal-Mart, they would never be able to win.  Rather, in the late 90s, they embraced design to transform the bullseye into 'an icon of affordable chic.'

He deconstructed ad campaigns and early relationships with Michael Graves, Philippe Starck and other designers to bring style to everyday things. By representing even the least design driven, commodity products in a new, fashionable way, it gave the everyday elements some flair. They moved the ad campaign to the runway and used a fashion parable to further differentiate the brand. This spawned the Everyday Collection and their limited-time fashion house offerings. Social media helped continue the story and close the gap between the brand and its guests.

Shawn left us with an important and reoccurring theme of the day, take chances, embrace change and have fun!