What Are Your 70 Greatest Innovations? 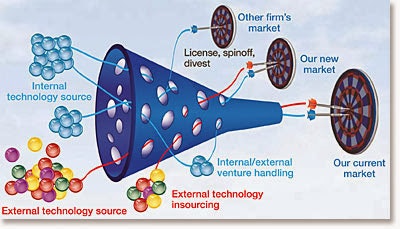 I can't help wonder whether all the people that booed Dylan because he turned on his amp during the mid to late 60's now recognize and are willing to acknowledge the innovative impact his electric songs and shows had on folk and rock 'n' roll. Do you think the guy that yelled 'Judas' at Dylan during the Manchester Free Trade Hall concert in '66 looks back and has had a change of heart concerning the innovative impact of that performance? I would hope so. It didn't take Dylan more than forty years and hindsight to figure it out though. In response to the heckler, Dylan kicked in to an acidic version of 'Like a Rolling Stone' and turned to his band and simply said 'Play it f**cking loud!'

Today (May 24, 2011) is Bob Dylan's 70th birthday (I actually hit "publish" about 30 seconds too late and "today" is now "tomorrow" May 25). In any case, the cover story on the most recent Rolling Stone magazine is 'The 70 Greatest Dylan Songs'. I'll not list the songs themselves other than to say it's no surprise really that 'Like a Rolling Stone' is number one.

It doesn't really matter whether you like Bob Dylan music or not. I'm not here to convince you either way. So whether you like Bob Dylan, or prefer Dylan Thomas, or would rather be watching Dylan McKay (i.e. Luke Perry) in reruns of Beverly Hills 90210, I don't really care. You've got to be at least somewhat impressed though that someone (in this case Bob Dylan) has enough critical and popular acclaim that someone else (in this case Rolling Stone magazine with the input of various 'Dylan experts' and musical luminaries) has put together a list of his 70 greatest songs. It's simply impressive to me that anyone would have '70 Greatest' anything. I mean really'What are your 70 greatest achievements? What are your 70 greatest innovations? Can you even think of your 70 greatest 'anything'?

'Dylan's greatest songs don't reduce the world to three minutes. They open it up to endless remappings, and force each of us to find our own way.' ' from the Rolling Stone feature article 'What Makes a Great Dylan Song'? introduction by Jon Pareles (Rolling Stone magazine issue 1131, May 26, 2011).

'they open it up to endless remappings, and force each of us to find our own way'

I can only hope that someone says something similar about something I create someday.