What is an antibody? 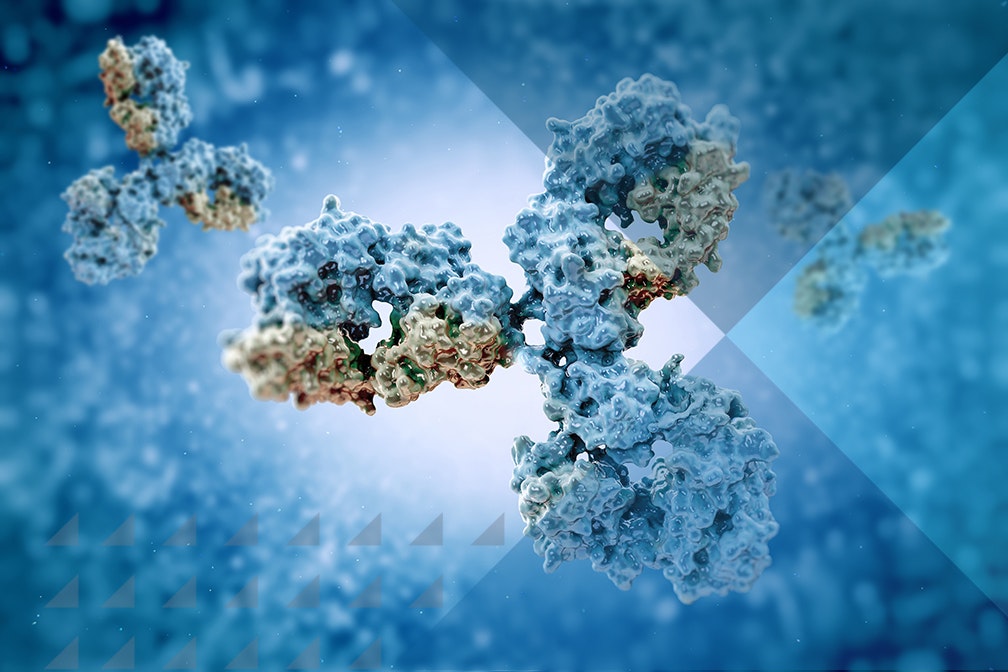 Relatively new late 20th century diseases such as Lyme and Ebola have made the scientific term “antibody” a household word, as articles in the Wall Street Journal and New York Times almost weekly discuss the development of tests which show the existence of human antibodies as a sign of the presence of particular diseases in the body. But what are antibodies exactly, and what is their function and purpose?

There is a fascinating account of British writer and explorer Lady Mary Wortley Montagu, who witnessed a folk medicine practice so bizarre yet effective in her travels to Turkey in the early 1700s that she decided to bring the technique home with her. Montagu wrote:

“The small-pox, so fatal, and so general amongst us, is here (Turkey) entirely harmless…. People send to one another to know if any of their family has a mind to have the small-pox; they make parties for this purpose, and when they are met (commonly fifteen or sixteen together) the old woman comes with a nut-shell full of the matter of the best sort of small-pox, and asks what vein you please to have opened. She immediately rips open that you offer her, with a large needle (which gives you no more pain than a common scratch) and puts into the vein as much matter as can lie upon the head of her needle, and after that, binds up the little wound with a hollow bit of shell.”

Not surprisingly her account was met with much skepticism and adversity, but Lady Montagu had friends in high places, so she was able to spread the word and they began testing this smallpox cure in England with positive results. Then almost two hundred years later, in 1890 scientists Emil von Behring and Shibasabura Kitasato transferred therapeutic serums from animals immunized against diphtheria to animals suffering from it in order to cure the infected animals. This was the earliest scientific recorded reference to the term “antibody.”

Before we explain what an antibody is, it is important to understand what an antigen is – as an antibody exists to react to antigens. An antigen is a toxic or foreign substance, Encyclopedia Britannica tells us that antigens: “include molecules found on invading microorganisms, such as viruses, bacteria, protozoans, and fungi, as well as molecules located on the surface of foreign substances, such as pollen, dust, or transplanted tissue.” An antibody is a pretty miraculous thing, it’s a protein, produced by specialized white blood cells called B cells in the human body. When these B cells are activated by antigens, they develop into plasma cells which create antibodies. Antibodies can both identify and destroy antigens. Antibodies also communicate with immune cells to activate them.

How does an antibody destroy a pathogen? Antibodies can neutralize them by coating them or changing their chemical composition, and they can also tag them for consumption by phagocytic cells, a process called opsonization. How and why an antibody destroys an antigen has to do with its makeup or its particular role, they are specialized.

There are five types or classes of antibodies: IgG, IgM, IgA, IgE and IgD. We can trace the evolution of human health in IgE for example, its original role was to protect against parasites and now parasites are rare, so it accounts for less than 1% of human immunoglobins.

75% of antibodies are IgG, their role is to protect the body’s tissues from infection. Antibodies that exist in human breast milk have come into the spotlight in the late 20th and early 21st century. Since the beginning of humankind they have boosted the immature immune systems of babies, but since doctors did not know of their existence, breastfeeding, notably due to cultural reasons and sexism, was actually discouraged by health care providers. Breastfeeding in many parts of the world including the US and Canada declined until the 1960s, when it enjoyed a resurgence around the time of the natural birth movement. We now know that babies who are not breast fed are more at risk of morbidity and diseases such as leukemia, diabetes and SIDS.

The antibody’s anatomy is a Y shape consisting of polypeptides which are composed of amino acids. Amino acids are what give each antibody its specific ability to bind certain antigens; there are anywhere from 100-130 amino acids in the tips of each “Y”. The two tips or arms are responsible for binding antigens and are called the variable region, while the stem of the “Y” is the part that interacts with effector cells and is called the constant region. As we mentioned, antibodies can both identify and destroy antigens – these functions are performed in different parts of their structure – the binding happens in a part called the Fab or the arms, the part that interacts with phagocytes is called the Fc (or the base of the “Y”).

AbsoluteAntibody.com explains more: “The Fab domains consist of two variable and two constant domains, with the two variable domains making up the variable fragment (Fv), which provides the antigen specificity of the antibody (2) with the constant domains acting as a structural framework.” In each variable domain we find something called “complementarity-determining regions” or CDRs; these are key in helping antibodies recognize antigens.

GE Healthcare’s Jonathan Royce recently discussed the future of monoclonal antibodies, telling KNect365 Life Sciences that: “Monoclonal Antibodies have grown from a sort of fledgling part of the industry to now being more than 50% of the biotech market.” The therapies are certainly promising, but are having mixed results. Back in 2017, an article from the University of Sydney - The state-of-play and future of antibody therapeutics - stated that more than 30 therapeutic antibodies have been marketed, mostly “as oncology, autoimmune and inflammatory therapeutics”.

We opened this piece with a mention of Ebola and Lyme disease. Right now as we write this, Ebola has a 90% cure rate in the eastern Congo using monoclonal antibodies according to scientists there, but Lyme disease has not been quite as successful. One Lyme sufferer recently wrote in The Atlantic about their pitfalls: “once produced, antibodies can last for years, which makes it difficult to see whether an infection is resolved, or even whether a new one has occurred. What’s more, antibodies to autoimmune and viral diseases can look like the ones the body makes in response to Lyme.” The human body still has so many unanswered mysteries, but at least we have finally begun to recognize its ability to be its own medicine factory.