What next for China’s gas imports? 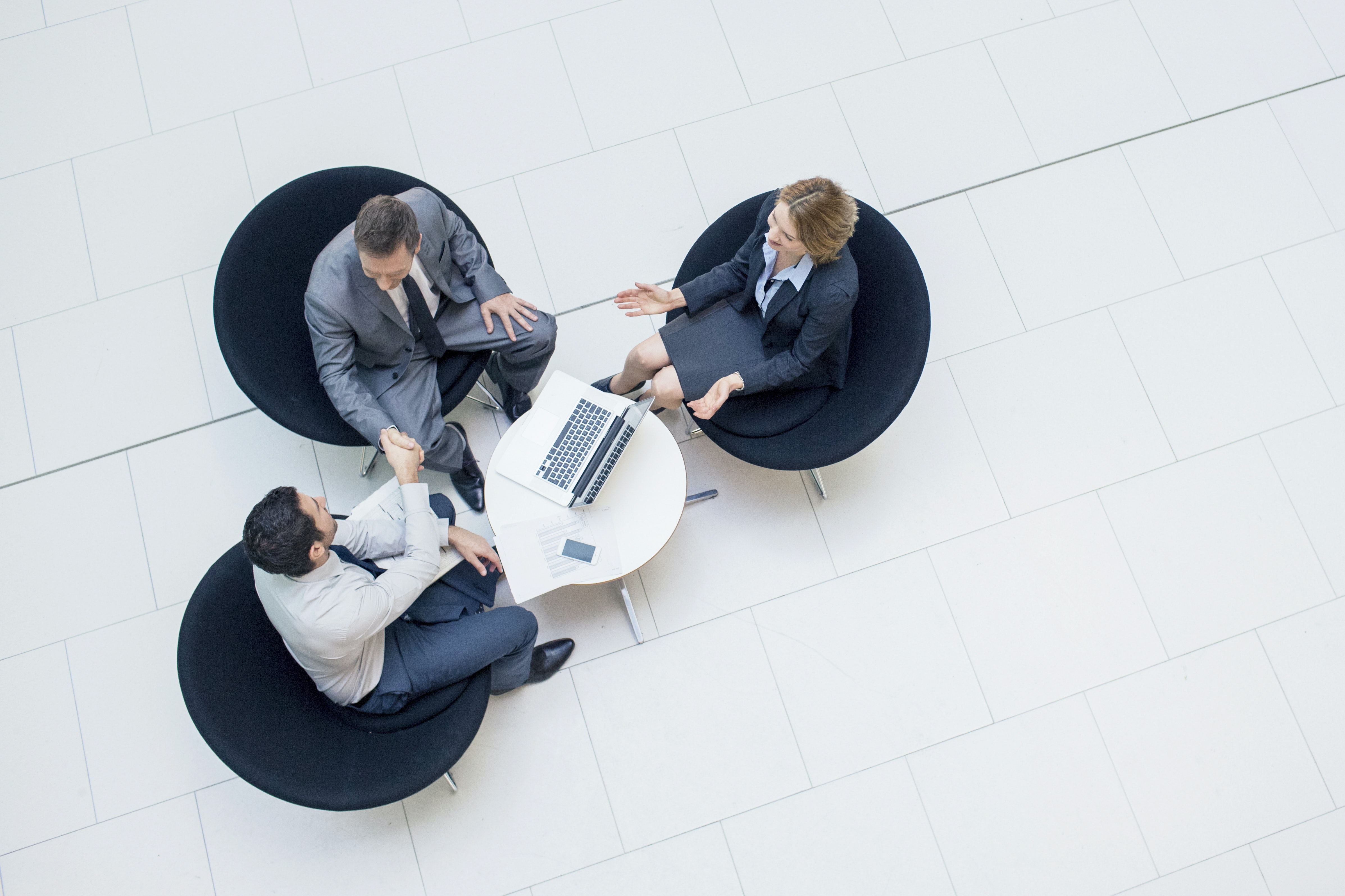 China’s industrialisation drive has already made it the world’s third largest market for gas after the US and Russia. With consumption reaching 206bcm (billion cubic meters) in 2016, China is on the threshold of “take-off”, with demand expected to rise to 300bcm by 2020 doubling to 600 bcm by 2040 as the transition away from coal progresses, according to a research note by Neil Beveridge at Bernstein. In 2016, 64 percent of China’s demand for gas was met from domestic sources and is expected to triple by 2040 as shale gas production rises to rival that of the US. Nevertheless, on current trends, China will be the largest importer of liquid natural gas by 2028 and sometime between 2040 and 2050 the country will be the largest consumer of gas in the world.

Data compiled from the Thomson-Reuters Eikon terminal indicates that China's 2017 imports of pipeline gas and LNG will top 67 million tons or 74.37 bcm, up more than a quarter from a year earlier.

China’s main source of pipeline gas is the Central Asian states led by Turkmenistan, plus the South East Asian state of Myanmar. In 2016, pipeline imports reached 104.7 million cubic metres per day accounting for 19 percent of China’s total natural gas supply. By 2040, according to the International Energy Agency Outlook, 2017 Reference Case, pipeline gas imports will have nearly doubled to 206.7 million cubic metres per day but piped gas market share will have fallen to 12 percent due to rising imports of LNG.

Australia, Qatar and new entrant, the US, are currently the main suppliers of LNG to China. In the year to November 2017, Australia delivered 1.47 million tons of LNG, an increase of 12 percent whilst Qatar, still the world’s largest LNG producer, supplied 815,118 tons an increase of 33 percent. US LNG exports to China jumped from zero in November 2016 to 407,325 metric tons in November 2017. However, deliveries of LNG from Indonesia (336,273 tons up 40 percent) and Malaysia (263,341 tons down 4 percent) totalling 599,614 tons exceeded those from the US.

Last year saw a marked increase in China’s demand for gas, reflecting the serious efforts to reduce emissions and the severe cold weather in recent months, which has pushed spot LNG prices to $10.90 per million British thermal units, the highest in three years, and a fifth higher than at the beginning of last year according to industry publication World Gas Intelligence.

In response to rapid economic growth, urbanisation and efforts to cut dangerous pollution levels, the government’s energy policy envisages a rise in the natural gas share of the energy mix from 6 percent currently to 15 percent by 2030, says WoodMac’s Kerry-Anne Shanks, Vice President, Gas & Power Asia-Pacific. Gas for power generation, for factories and for heating of homes instead of coal will account for much of the anticipated increase in demand in coming decades.

Currently, gas meets just 4 percent of China’s power generation capacity of 1,625 GW and is targeted to rise to 7 percent of forecasted 3,188 GW capacity by 2040. Electric vehicles are anticipated to become a major user of China’s new generating capacity since the government has announced plans to phase out petrol and diesel cars from 2020. But Bitcoin Miners are already an unanticipated source of increasing demand, so much so that there is talk of curbing power supplies to some enterprises.

Smog levels above 300 micrograms per cubic metre are deemed dangerous to health, yet Beijing-based World Air Quality Index regularly registers winter levels above 500 in major cities such as Beijing, Qinhuangdao and Shijiangzhuang. To reduce these levels 6,000 polluting companies took turns in suspending operations and another 8,000 firms have had to reduce their emissions during December. The rising opportunity cost of suspending operations along with future carbon pricing could incentivise firms to turn to cleaner and more environmentally friendly gas.

Beijing’s efforts to convert homes to gas and electric heating rather than coal have led to shortages and a 14 percent surge in demand for gas. In consequence, gas supplies have been cut to businesses and industry in Hebei and Shandong in favour of homes, reports China Daily, December 2017. For gas to form 15 percent of China’s energy mix by 2030 two challenges will need to be overcome. These are: insufficient gas storage and an inadequate transmission and distribution infrastructure, which are exacerbated by economic growth of over 6 per cent a year. China’s peak winter gas demand is three and a half times summer’s but its storage capacity amounted to just 3 percent of total consumption at the end of 2016. This compares with US and European Union gas storage capacity equal to 20-25 percent of demand. A lack of market incentives, including flat year-round gas prices, acts as a powerful disincentive to invest in the necessary storage capacity.

Congestion in the national gas pipeline transmission network between north and south limits gas uptake. For example, last December, Chinese offshore energy producer CNOOC, trucked 2,000 tons of LNG from Guangdong Province to Hebei, some 2,400 km to the north, at a prohibitive cost of $ 76,267.72 for the 20 tonnes per truck, calculates Reuters. Some help is at hand from the $55 billion Power of Siberia pipeline, which is scheduled to start carrying gas 3,000 kilometres to China in 2019, to serve major coastal city regions including Beijing, Tianjin and Shanghai. To ensure adequate gas distribution China will need to build an additional 128,000 kilometres of gas pipelines over the next few years, states the National Development and Reform Commission.

Compounding the current lack of domestic pipeline capacity is the envisaged shortage of LNG tankers to carry burgeoning supplies of LNG to markets around the world.  It takes around 30 months to build dedicated LNG carrying vessels. Due to recent historic low spot day tanker rates, the number of new ship orders is just eight as compared to 66 in 2014, reports the Financial Times, December 2017.

In future years, in the transition from coal to gas, China is likely to have to compete with India and Europe for gas. Indeed, Russian gas exports to Europe last year increased 8 percent to a record level of 193.9bcm out of total production of 471bcm.

To put it bluntly, China’s gas markets need market reform in order for gas to be supplied at the right price at the right time to where it is needed.

China’s current 13th Five-Year Plan running between 2016-2020, not only allows for the partial privatisation of key energy companies but also introduces limited market incentives. Upstream exploration and development for gas as well as gas storage will no longer be the exclusive preserve of state-owned behemoth energy companies such as CNPC, Sinopec and CNOOC. Third party access to pipelines and some freedom of market pricing could boost domestic gas production and demand.  Last September, the state economic planner revived the idea of creating a national natural gas pipeline and is encouraging a separation of gas supply from pipeline transport. Currently CNCP controls nearly 80 per cent of the national gas pipeline network with Sinopec the second largest. Market liberalisation, investment in new pipelines and gas storage facilities alongside LNG import regasification plants all need to be taken forward in coming years if China is to meet its environmental and economic goals.