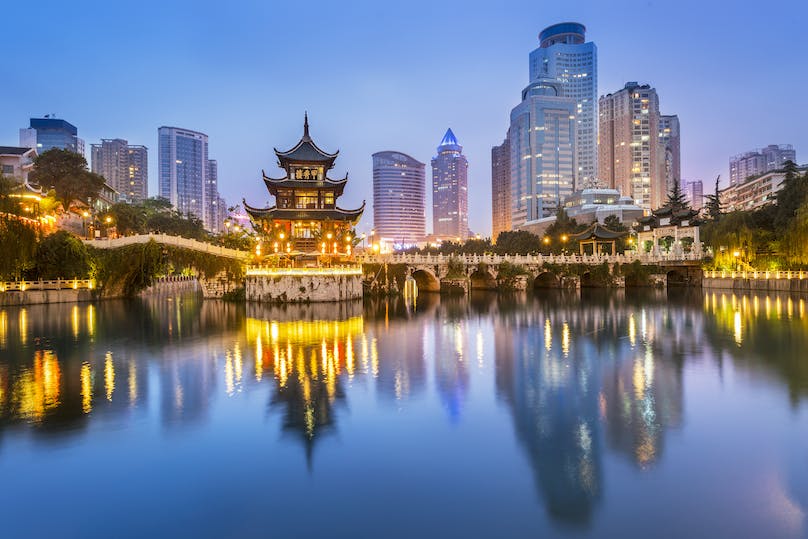 Rapid, unrelenting changes are altering China’s biotech landscape in 2020. Speakers at China Showcase in San Francisco last month focused on the fundamentals of this maturing market. Here are a few trends that come to the fore:

Skillsets in China are solid.

In 2008, approximately 30,000 overseas Chinese returned to China. In 2019,  that number reached 400,000. Trained in the West, many of these professionals not only hold PhD and MD degrees but also have years of experience working in life sciences companies, from big pharma to startups. As a result, Chinese companies have quickly gained the management expertise to take companies from the lab to the next level.

Darren Ji, MD, PhD, CEO, co-founder, and board director of Elpiscience Biopharmaceuticals, likens this to the growth of BioBay.  “In 2007, BioBay was little more than a concept. There were no companies in the park, but there were big trees.” He was told the trees were moved from elsewhere to accelerate the maturity of the park. In the same way, international collaborations and the expertise of returnees are accelerating the maturity of the Chinese biotech environment.

The full range of partnering is now possible.

“Investments are about more than money,” Dan Wang, MD, head, Johnson & Johnson Innovation, Asia Pacific, says. Partnering is diversified, with the full spectrum of activities now happening in China.” Johnson and Johnson’s involvement is one example. It identifies ideas, nurturing and accelerating them with coaching, capital, and regulatory and commercial expertise, as well as financial help. Notably, this is available both to local and foreign companies with an interest in China.

Overseas direct investment (ODI) funds are a critical element in repatriating funds. “Select funds can raise RMB funds, and do an ODI (perhaps in Hong Kong), for a Cayman entity—but not for a US domicile,” Victor Tong, partner at Decheng Capital, says.

Companies need to consider this when they establish their corporate structure. “If they are structured to collect RMB funds,  convert it to Cayman funds, and then to US dollars, there are no barriers,” Greg B. Scott, founder and chairman, ChinaBio® Group, elaborates. “This structure lets companies go public wherever they want, including on Chinese stock exchanges.”

“Investors often say they are stage agnostic,” Ji says, but we’re seeing that “first in class”—not just “first in China”—is what they want. “At Elpiscience, we wanted to capture the Chinese market for immuno-oncology,” Ji explains. “Chinese companies were focused on the PD1 space, so we looked for innovation beyond China." Elpiscience raised $200 million in series A funding and, in December 2018, $100 million Series B funding. “We’re one of the few companies going to early, novel innovation and, within three years, will have an international portfolio.”

To hone the point, Yuwen Liu, founding partner, BOHE Angel Fund, says that fund is only interested in disruptive biotech with novel targets, and disruptive tech investments. This is a change for the Chinese biotech market, which until recently focused on “products with the same targets that are marketed in the rest of world,” she says.

The central government, as well as provincial and local governments, are injecting growing sums of money for innovation and unmet medical needs, Liu continues. “Many cities call biotech a pillar industry. Therefore, they are building infrastructure more wisely than 20 years ago.” That means faster regulatory approvals, greater intellectual property protection (including working with the US Patent & Trademark Office to ensure linkage), and attention to increasing workers’ skillsets, as well as active interest in identifying and closing any missing links in that infrastructure. “We’ve put efforts into tech transfer from universities and funds for investment,” she says.

Although VC investment as well as mergers and acquisitions are down significantly from 2018, partnering is up nearly 28%, Scott says. Collaborations increased in number from 369 in 2018 to 503 in 2019, and funds invested rose from $13.8 billion to $17.6 billion. The average investment grew from $118 billion in 2018 to $221 in 2019. The number of venture capital deals increased in 2019, too, although both the average deal size and the total dollars invested both declined, he says. IPOs were up nearly 15%.

Corporate investment in China also is growing, Scott says. It’s not just cash infusions, though. “More and more companies are incorporating equity investments so, if you come expecting partnering, be open to equity investments as well. China wants to participate in global success.”

When you consider entering the Chinese market, “Be realistic about your expectations. Capital investment and formation have grown rapidly but are normalizing,” Tong says. “Be patient. Conduct due diligence and build your network.” Know why you want to be in China versus any other country. Determine what your company can bring to China, and what it can bring to the rest of the world.

“Regulatory pathways are changing rapidly and market access isn’t easy, so think about how to bring products through the barriers,” Wang advises.

The bottom line, Ji emphasizes, is this: “Money and partnering drive innovation.” Success in China, or anywhere, really, is based on some combination of having a novel idea, the management team and funding to execute that idea, and luck.