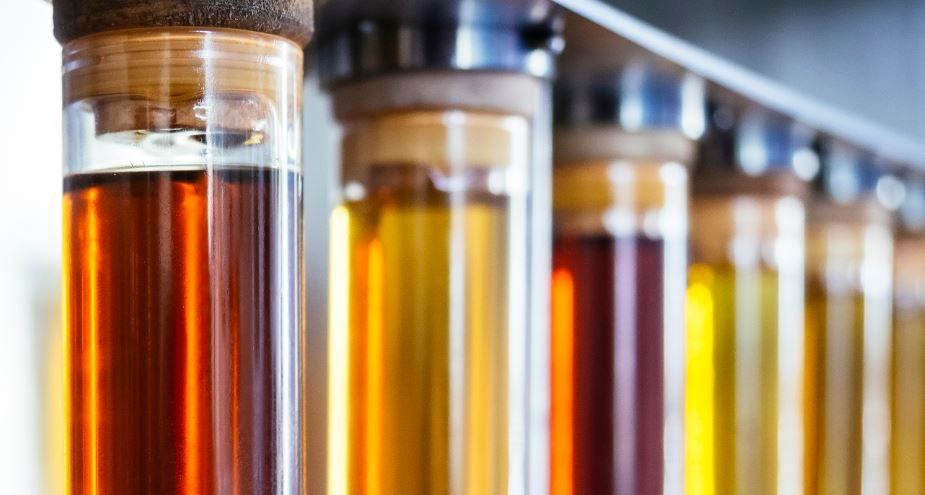 Since the US ethanol industry first found its feet in the 1970’s, corn has enjoyed a position of near uncontested dominance as the feedstock of choice for the nation’s ethanol producers. With the spur given to the industry in the previous decade by the controversy surrounding MTBE – a fossil fuel derived petrol additive which plays a comparable role to ethanol in improving fuel performance – corn’s pre-eminence only waxed fuller. According to Renewable Fuel Association figures, corn accounted for fully 98% of the 5.6 billion bushels of grain used in US ethanol production last year.

However, the crop is not without its detractors. They say that the reasons US ethanol producers have so consistently looked to corn to satisfy their demand have as much to do with corn’s historic importance to the US agricultural sector as with its advantages as a fuel crop. They also point to the influence exerted over the market by powerful lobbying groups such as Fuels America, who work on behalf of grain farmers to defend ethanol’s place in the fuel mix, and corn’s role as the dominant feedstock.

Estimates for the greenhouse gas savings achieved from corn ethanol compared to petrol vary, and are in any case dependent on how the crop is grown, how much of the plant is used for fuel production and how much energy is used in the refining process. The USDA’s estimate – by no means definitive – is that current GHG savings from corn ethanol average out at about 43%.

Opponents of corn argue that much better results could be achieved by switching feedstocks. One of the alternatives, sorghum, already has a small foothold in US ethanol production, comprising the remaining 2% of the RFA’s 2017 ethanol feedstock figures.

The variety of sorghum which shows the greatest promise in reducing GHG emissions is sweet sorghum. Much like the sugar beet and sugarcane crops currently supplying the European and Brazilian ethanol markets, sweet sorghum contains a high proportion of simple carbohydrates, and has historically been cultivated in the US to produce a sugary syrup comparable to molasses. A life-cycle analysis of different sorghum varieties undertaken by researchers from the Argonne National Laboratories in the US found that GHG reductions from sweet sorghum come in at over 70%.

High GHG savings are only one of sorghum’s advantages. Unlike corn, it is a low-input crop, meaning that it requires less energy, reduced quantities of fertiliser, and fewer pesticides to grow. It can also be cultivated on poor quality soils with low water availability, as its long root structure enables it to reach sources of moisture that would be inaccessible to less hardy crops. A further benefit is the plant’s short four-month life cycle, which reduces the risk of switching to the crop for farmers, and allows them to bring their product to market faster.

The same cannot be said of miscanthus giganteus, one of the other alternative feedstocks proposed for the US ethanol industry. With its lifetime of 15 to 20 years, choosing to grow miscanthus is a major commitment for farmers. But proponents of the crop argue that the commitment is worth it – and that the long lifetime of miscanthus is in itself an advantage, as the crop produces a yield every year without the expense of replanting.

As with sorghum, miscanthus is also an excellent candidate for growing on marginal land. The University of Illinois conducted a study in multiple locations around the United States simulating the effects of 3 decades of variable weather conditions, to give a clearer picture of how miscanthus would perform. Being able to control the conditions in which the crop was grown allowed the researchers to isolate the effects of soil quality on the eventual yield, leading them to conclude that though soil quality has an impact, miscanthus grown on marginal land is still an economically viable choice for farmers. Like sorghum, miscanthus is also a low input crop, with initially modest requirements for fertilisers and pesticides falling off still further after the first year of planting.

Another alternative feedstock being considered is switchgrass, a resilient weed that grows abundantly across large swathes of the American Midwest, as well as Canada and Mexico. Like miscanthus, switchgrass is a lignocellulosic fuel crop (meaning that it is composed mainly of carbohydrate polymers bound to an organic polymer, lignin), has low input demands, and has a long lifecycle of approximately ten years. Currently yields from switchgrass are too small to make it a competitive feedstock, but researchers are looking at ways to improve the quantity of biomass that can be harvested.

Genetic modification would provide a shorter route to increasing biomass yields than the painstaking trial and error process of selective cultivation – but there is a problem. As switchgrass is a wild-growing plant, there is a risk that modified genes could contaminate the genepool of plants not under human cultivation, with unpredictable effects for the environment. Current federal regulations expressly forbid the growing of genetically modified switchgrass in field conditions, unless the plant can be prevented from reproducing on its own.

Scientists at the University of Wisconsin Milwaukee believe they may be able to do exactly that. By introducing a toxic ‘fusion gene’ into the plant’s reproductive cells, they hope to effectively sterilise genetically modified switchgrass, making it safe for field trials, and ultimately for cultivation. If they are successful, their efforts will allow a species which has already demonstrated the ability to thrive across the United States - with zero inputs, and on the poorest quality soil - to be grown inexpensively for biofuels production.

The Case for Corn

The arguments for each of these alternative feedstocks are persuasive. But it would be wise not to forget that few fortunes have been made betting against corn in the US. Advocates of corn will observe that each of the proposed alternatives has its drawbacks. In the case of sweet sorghum, though the plant itself is hardy, yields of the seed used for ethanol production vary widely depending on the conditions in which the plant is grown. For it to supply a sizeable chunk of US ethanol demand, different cultivars will need to be developed with different traits for different climates.

In the case of miscanthus, there are concerns over the grass’s ability to survive cold winter conditions – particularly in the upper Midwest, the United States’ agricultural heartland. This is especially worrying in a plant with such a long lifecycle. Miscanthus is also not native to the US, and current USDA restrictions require imported specimens to be monitored in quarantine conditions before planting, to prevent their harbouring of any diseases that might be harmful to US sugarcane production. The costs involved in doing so are prohibitive of widespread adoption as a feedstock, at least for the present.

Finally, in the case of switchgrass, it is difficult to predict what properties genetically modified variants of the plant will have before field trials can begin. Genetic modification may be able to increase the plant’s yield significantly, but it may also undermine the advantages that made switchgrass such a promising candidate in the first place – its low input requirements and its adaptability to different growing conditions.

It is probably fair to say that corn’s strengths as a feedstock are as much a product of its ubiquity as they are a cause of it. It is difficult for advocates of lignocellulosic feedstocks such as miscanthus and switchgrass to make a convincing case to farmers when corn itself provides massive quantities of freely available cellulosic biomass in the form of corn stover (the remnants of the plant left behind after harvesting). Selling corn stover on to ethanol producers gives farmers an easy way to monetise a part of their crop they would otherwise not be able to sell, although there are some concerns about soil degradation as a result.

What’s more, the huge amounts of research and expertise that the corn industry has directed into improving the crop means that some of the criticisms that are commonly levelled against it may soon no longer hold true. The USDA estimate of 43% GHG savings from corn ethanol quoted at the beginning of this article reflects the current average; the regulator also estimates that this figure could rise to as much as 76% if the latest innovations in conservation and agricultural efficiency are implemented.

Recent years have also seen impressive improvements in the yield from corn crops, and in the range of environments in which strains of the crop can be grown. 2017 was possibly the first year in which farmers working in Alaska’s chilly interior were able to grow corn in harvestable quantities. Scientists have also been working to speed up corn’s maturation time, which has increased annual yields and contributed to a four year corn glut.

In other parts of the world, the momentum also seems to be on corn’s side. In a joint venture with US investors, Brazil recently opened a second corn ethanol plant in Mato Grosso.  Despite Brazilian sugarcane’s decided advantages over corn from a GHG savings perspective, corn’s multiple growing seasons make it an economical alternative at the times of year during which ethanol supply from sugarcane is low. China, too, has been eyeing moves into the production of corn ethanol, as a way to monetise its massive annual surplus of the crop.

It may seem strange, but corn’s dominance of the ethanol feedstock market is also the most powerful argument in favour of its continuance. Consider this: the three alternative feedstocks generating the most buzz in the US share one thing in common - that they can be grown on marginal land.

There is a tacit admission in the interest surrounding sorghum, miscanthus and switchgrass, that any crop with a chance of entering the US ethanol feedstock market should not compete with corn on its own turf. In all likelihood there is a future for alternative feedstocks in America. But it will probably only be as supplementary energy crops grown on land for which corn is not an option.

If you found this article interesting, you may also be interested in the World Ethanol & Biofuels conference - the global meeting place for ethanol producers, regulators and feedstock growers.