Don’t Do it Just for the ‘Gram: How retailers can go beyond Instagram to win Gen Z’s wallet this holiday season 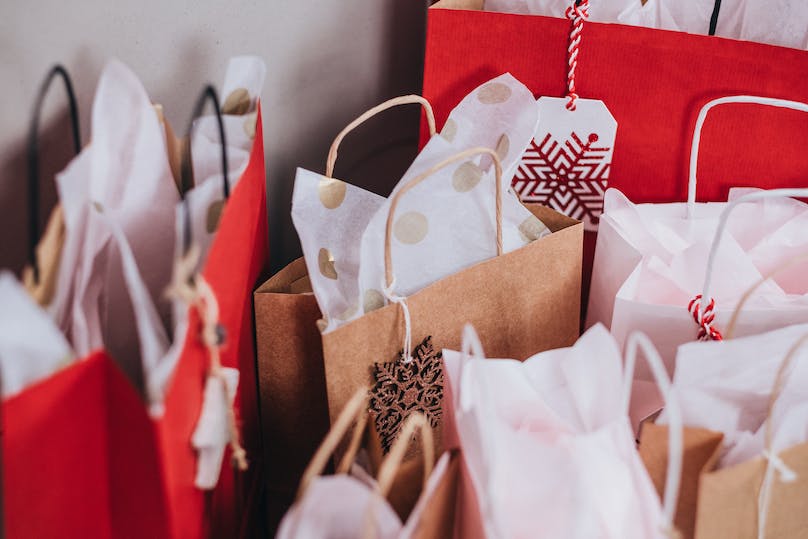 For many retailers this holiday season, Generation Z has overtaken Millennials as the most coveted demographic. Finally emerging from the shadows of their older counterparts, Gen Z shoppers are earning more discretionary income and have more to spend during the holidays. One estimate found that Gen Zs now have a spending power of $143 billion — a number that will no doubt only climb in the years ahead.

So, what do retailers need to do to win the loyalty Gen Z shoppers? One recurring advice among experts is the importance of social media and other online channels. The thinking is that because Gen Zs are the first true digital natives, they also do most of their shopping online. But interestingly some studies suggest the opposite. A research released this year shows that a great majority of Gen Zs prefer to shop in stores. This is partly because many Gen Zs aren’t old enough to have their own credit cards, but it’s also because malls give Gen Zs an opportunity to hang out in person and grab a bite.

The reality is that most retailers will need to use both online and offline channels to capture the attention of Gen Zs. But a spray-and-pray approach is expensive — and not very effective. A more nuanced understanding of the different channels that Gen Zs pay attention to is crucial to making a meaningful connection.

The increasing spending power of Gen Z consumers caught our attention at Reach3 Insights and inspired a recent study on the holiday attitudes of this cohort. To capture stream-of-consciousness, candid feedback from these young shoppers, we used a conversational qualitative and quantitative research approach, and analyzed how feedback from Gen Zs compare to those from Millennials and other demographics. Overall, we engaged 750+ US-based consumers, and our findings provide interesting insights on how retailers can capture the attention of Gen Z this holiday season — and even well into the New Year.

First, let’s get one thing out of the way: Yes, Instagram is a popular and influential channel for Gen Zs. When asked about the online sources they check out for holiday shopping inspiration, Instagram emerged at the top source. For instance, 53% of Gen Zs said Instagram helps them decide which gifts they want to include on their wish lists, while only 40% of Millennials said the same thing. Similarly, 40% of Gen Zs said they check out Instagram to help them decide what gifts to buy others, but only 28% of Millennials reported doing the same.

Instagram is a no-brainer for any retailer looking to connect with Gen Zs during the holidays, but there’s at least one other online channel that should be on your radar: YouTube. The video-sharing site emerged as the consistent number two when it came to influencing holiday purchases. Forty-four percent (44%) of Gen Zs said they go to YouTube to inspire their wish lists, and 33% said they go to this platform to decide what gifts to buy others.

Interestingly YouTube didn’t rank as high with Millennials, many of whom picked Facebook as a more influential channel. The lesson here is quite straightforward but important: don’t lump Gen Zs and Millennials together. While both cohorts tend to rely on online channels to inspire their purchases, they also hang out in different networks.

Closing the deal with in-store promo

While online channels are important to capturing the attention of Gen Z shoppers, retailers would be remiss to exclude offline channels. We found that 29% of Gen Z rely on both online and offline channels to make their decisions, while an additional 8% look mostly offline.

These findings suggest that retailers need a truly omnichannel strategy. While online sources like Instagram and YouTube can plant the seed, in-store marketing materials can help close the deal—especially if Gen Zs are heading to brick-and-mortar stores to do the actual purchasing.

Many holiday marketing campaigns focus on gift-giving. That’s fine and dandy, but to get Gen Z’s attention, retailers might want to tweak their messaging a bit to also reach a different kind of consumer: those who are out to get something for themselves.

According to our study, most Gen Zs don’t plan to stick to their gift list while shopping. Seventy-one percent (71%) of Gen Z admitted to buying something for themselves during the holiday shopping season. Millennials are slightly less likely to shop for themselves, with 67% agreeing to the same statement.

Creating campaigns for Gen Zs who want to splurge on themselves might be even more critical after the holidays. Our study found that money is on top of many Gen Z’s wish lists this year, with 73% saying they’d rather get cash as gifts more than anything else. With Gen Zs asking their loved ones for money this year, there’s a good chance many young consumers will come out of this season with more money in their hands. So, while it’s true that this holiday shopping season is shorter than last year, there’s an opportunity for retailers to continue to drive sales post-Christmas.

TMRE: The Market Research Event is LIVE THIS WEEK
Go to site