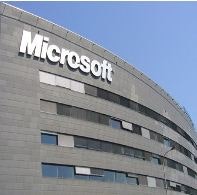 Microsoft, the technology giant, has pursued an innovative research program that identifies how the ad campaigns for one of its brands impacts other offerings in its portfolio, as well as its corporate brand. Working with GfK, the research firm, Microsoft wanted to understand the “cross-brand” influence of ad campaigns for its Surface, Office 365, Windows, Xbox and other product lines. Another area of focus for Microsoft was ascertaining how the campaigns aimed at consumers spilled over to impact the audience of business decision-makers. Through understanding the unduplicated reach of its individual campaigns, Microsoft can better understand their cumulative scale.

Microsoft owns a powerful house of brands – including its Surface computers, Office 365 software suite, and Windows operating system – and relies on an intense advertising schedule to further build their status.

The tech giant’s partner in this endeavor – which was “the first initiative of this type” in the organization’s history, said Moore – was GfK, the global research firm. And they explored areas like:

“We wanted to understand the cross-brand halo: So, what are we doing for other brands when one brand is on a campaign?” Moore said.

And Jennifer Reece, GfK’s senior director/marketing effectiveness, provided good news on this front: “We found that our core properties – Windows, Surface, and Office – are not out there in the wild in isolation,” she said.

“There are a lot of in-market synergies with the portfolio that really just hadn’t been proved before.”

Indeed, fully 76% of “core target consumers” recognized “any campaign” from Windows, Surface, or Office 365, with 35% expressing familiarity with three such programs.

Another 23% were familiar with two campaigns, and 18% knew of one relevant communications effort.

A second investigation tracked the crossover between the consumer and business-to-business audiences for Microsoft’s advertising.

“That was a new learning – and an interesting insight for us in terms of how our campaigns are spilling over into our unintended audiences.”

The result? Ads for its Surface devices posted a figure of 65.7% when it came to unduplicated reach. “We found that Surface was really the anchoring campaign; that’s where the majority of your reach is starting from,” Reece said.

And this number ticked up to 74.4% when including Windows, hit 77.1% when the Xbox gaming system was added into the mix, and stood at 78.1% if the Office brand also featured in the dataset. Microsoft’s corporate brand had a more modest impact, pushing unduplicated reach to 78.2%.

Granular nuance accompanied the topline statistical readouts, too. “Xbox has a really interesting relationship with the Microsoft brand and the other brands in the portfolio,” said Reece. “It’s for a different audience; it’s gaming, which is a little bit different, but it’s still within the portfolio.

“It was interesting to see how Xbox came into play in terms of adding even more reach on top of what the core properties would have given us.”

These findings represented a useful starting point for Microsoft – and drew on a sophisticated underlying research proposition. A few considerations shaping the analysis were:

Timing: “We needed to make sure the timing for all of this was perfect, because it matters. We don’talways have campaigns on all at the same time for obvious reasons – we don’t want to be creating clutter for ourselves; we want to create synergy,” said Moore.

“We have a lot of media planning that goes into this. So, we had to plan a lot of this exercise really precisely.”

Inputs: Microsoft and GfK apply a custom audience-based tracking system to brand and advertisingmetrics. And it similarly helped inform their cross-brand study.

From the brand perspective, some example inputs included purchase-funnel data and consumer-perception scores. The advertising indicators covered some equivalent territories, while also showing how these messages were breaking through with target audiences.

Microsoft/GfK brand models enriched the total dataset, too, as did matching respondents from standard consumer surveys with participants in the cross-campaign advertising study.

“In the final dataset, we have the full gamut of data: You have your exhaustive funnel, your exhaustive perceptions, and advertising information for all of the different product lines,” Reece said.

Among the research techniques employed were:

Factor analysis: This approach connects multiple “observed” variables (for instance, self-reported incomeand education level) with latent variables – or “factors” – that are not explicitly measured (e.g. social class). Bayesian networks: A strength of this technique is that it can take numerous variables that work invarious directions and assess how they influence each another.

An example might begin with survey results about customer satisfaction. These numbers could be crunched with data that proves satisfied buyers spend more money with a brand. By using Bayesian Networks, a brand could work to identify a prospective revenue increase that may follow if marketers invest in efforts that boost satisfaction.

This technique essentially combines a slate of different methods – for instance, regression, factor and path analysis – to establish relationships between different variables.

“Then we iterated onto the SEM to come up with the ultimate model,” said Brand. “We’ve then gone back with this model, and then validated it against in-market sales.”

Some of the research nuggets, Brand reported, would have been hard to uncover via traditional techniques alone.

An illustrative case in point: it is often assumed that stronger brand affinity leads to higher sales. But it is possible that an uptick in purchases can help fuel greater affection for a brand, too, as it is now regarded by consumers as possessing “momentum in the marketplace”.

Building a durable research methodology and securing valuable discoveries, however, was not enough for Moore and GfK. Their next task was creating a data-presentation format which made the insights from their work digestible to Microsoft stakeholders that may not be data-science experts, but who intuitively understand that its separate marketing campaigns had a collective power.

“Everybody had these gut feelings but they weren’t able to quantify it. And so they were able to use this [research] to say, ‘OK: this is exactly what we’re going to do this year for [the] holiday, for back to school, etc., etc., because we know where we’re getting the most bang for our buck,’” said Moore.

“This [research] is an on-going thing and we’re working on some new, kind of similar analysis now. The really cool thing is that we were able to influence the newest campaigns – the campaigns that you are all seeing right now – with this.”