How P&G is approaching the next tide of market research 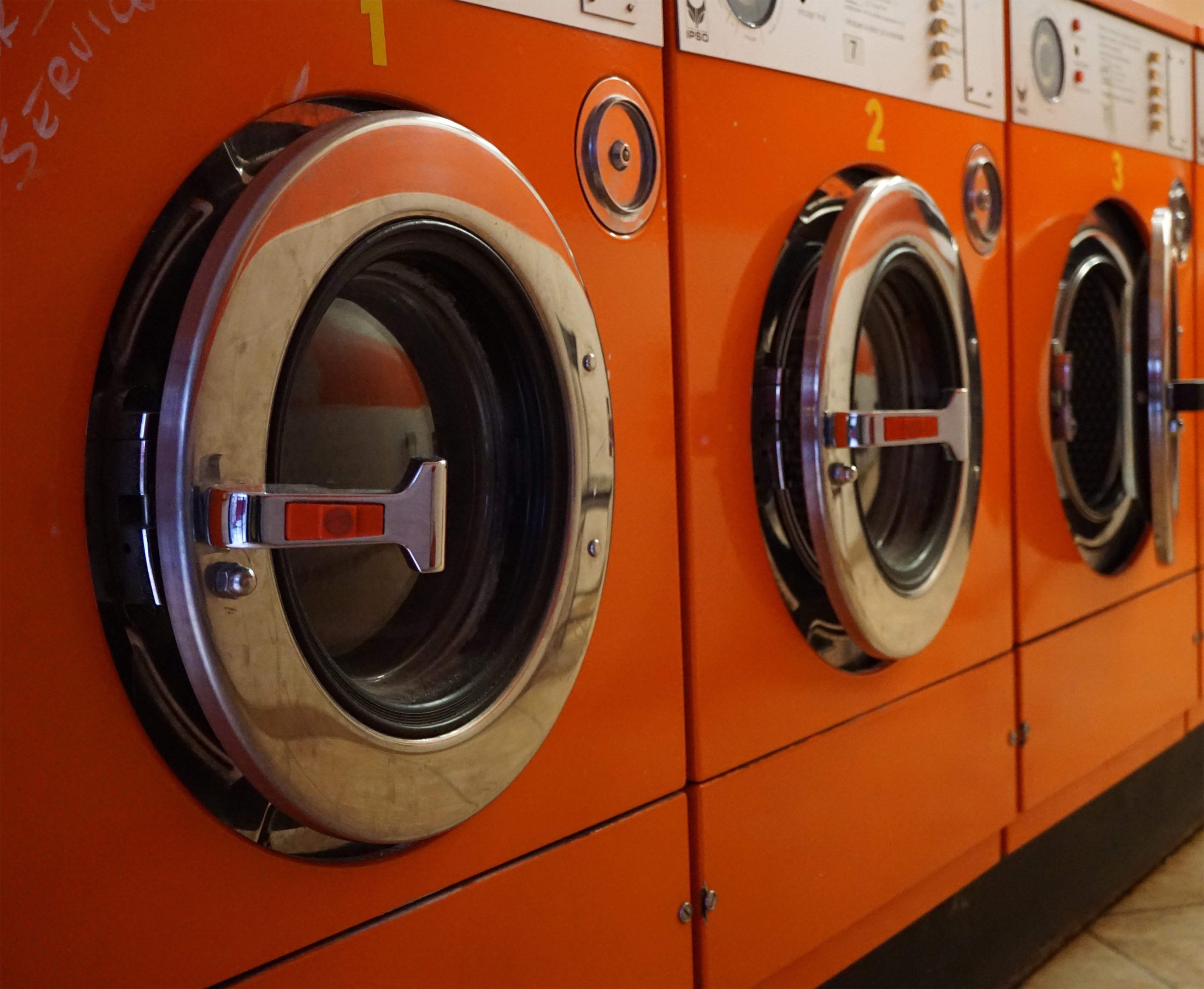 Procter & Gamble, the consumer goods giant, is evolving its approach to marketing research in a bid to more fully understand changing behavior.

As tools like smart sensors become more sophisticated, brands can reduce their reliance on self-reported data. Operating at higher speed is fundamental for researchers, as enterprises are working at a faster rate, and demand insights with a more rapid turnaround time.  A do-it-yourself ethos is prompting researchers to take more control of insights-gathering efforts, rather than depending on vendors to conduct initiatives for them.

At Procter & Gamble, the future of marketing research could well begin with the washing machine.

The owner of brands like Tide and Cheer detergent, as well as Gain and Bounce dryer sheets, has long been an expert in studying consumer behavior in the laundry room. But as new technologies for generating insights emerge, the ways of understanding how people wash and dry their clothes are changing.

“We used to do a lot of habits and practices studies – big surveys, very often, [and] diary-style type of things,” Michael Lancor, Procter & Gamble’s director/consumer fundamentals and insights, explained at The Market Research Event (TMRE) 2018, an event convened by KNect365.

But as digitally-connected appliances, smart sensors, and other innovative tools grow in popularity and sophistication, self-reported information can be complemented (and, as appropriate, replaced by) indisputable behavioral statistics.

“Why do a laundry diary study when you can put a device on somebody’s washer and dryer that tells you exactly when they’re doing laundry, how many loads, what type of loads, etc?” asked Lancor. “I can guarantee you that [this new] data is wildly better than anything that they were telling us in any survey that we were doing before.

“I do think that behavioral data gives you a much better understanding of truly what’s needed for people, what the true jobs to be done are, what we need to connect with what’s possible, [and] to connect new ideas for people.”

Leveraging such information streams will necessitate a reimagining of how insight professionals go about their daily work. That imperative, in turn, requires fresh skillsets. The proof? Whereas a traditional surveys drew on “basic statistical analysis” to translate raw numbers into powerful nuggets of inspiration, a different set of methodologies are a prerequisite to glean the learnings from big data.

“Suddenly, you’re getting a big data stream from a whole bunch of washers and dryers, and you need to figure out how to get that into some type of a database; you need to, probably, figure out how to get it up into Amazon Web Services,” Lancor said. “You probably need to build a little Python” – a high-level programming language – “so you can do some kind of programming to make sense of that particular data.

“There is a bit of that we need to be thinking through. Because I think that’s the future, and the core skillset that, at least in the analytics part of the work we do, is going to be critically important.”

Another consequence of new research techniques involves speed. Previously, it might have taken six weeks to complete a survey as P&G sought untapped insights regarding how customers remove stains from their whites and colors. The burgeoning suite of digital tools now on offer, though, mean this timescale can be compressed to days, or even minutes, depending on a project’s nature and scope.

“You can typically do survey research in an hour or a day now. It is sort of a fact of the matter that there’s an expectation, because of technology, we [can] do everything much quicker … certainly in the ability for us to innovate quicker, get to market quicker, and hopefully do things that are going to be more meaningful to consumers in a much better, faster way,” said Lancor.

The broader sources of impetus that are prompting this shift at P&G include:

“If you look at … [how] we’ve changed our market budgets, and what type of advertising we’re doing, we’ve moved an incredible amount of media dollars out of traditional media very, very quickly,” said Lancor.

One indicator of this process, he suggested, is the move towards “pull marketing,” where brands interrupt experiences less and, instead, create relevant, engaging content and experiences that actively attract consumers. A case in point is Procter’s SK-II, the premium skincare line, “where they’re doing that almost exclusively” – such as by actively challenging gender stereotypes.

“At P&G, we’re seeing that, across our businesses, if you look at our time … from idea to [reaching the] market, it’s dropping dramatically – probably, already, half the time of what it used to be, and I think on the way to being much, much faster than that, as well,” Lancor said.

“In addition to that, we’ve also started giving ourselves permission to explore different types of business models that we weren’t necessarily doing before.”

For instance, P&G is “looking at service models in some of our laundry business”. Earlier this year, in fact, it bought Pressbox, a Chicago-based startup disrupting the dry-cleaning space. Customers using this service put dirty clothes in a locker, have them cleaned, then pick them up, tracking the entire progress with an app. This service has since been combined with a similar offering from Tide in the Windy City.

A core objective for the Cincinnati, Ohio-based firm has been to make sure its data is “as transparent and ubiquitous and democratized as possible.” This helps ensure its various in-house units are working from the “same data page”, Lancor asserted – even if some guidance is vital to ensure this information is utilized correctly, a goal assisted by creating dashboards and visualizations.

“At the end of the day, giving somebody access to that information probably outweighs the chance of the stupidity that inevitably is going to happen at some point in time,” Lancor said.

This data liberation process extends “even to the degree that consumers can benefit from it. So, for example, we have an Oral-B toothbrush that you can basically hook up an app and it tells you how you’re brushing, if you missed a spot, all that kind of stuff.

“To me that’s ideal; the more we can cut any middle man out and give the data back to the consumer as added value, I think that is the best scenario of all.”

Keeping up with these trends has encouraged the growth of a do-it-yourself ethos among P&G’s researchers, rather than immediately tasking a vendor to undertake a project and deliver the findings several weeks later. This development mirrors a wider “hands- on- the- keyboard” philosophy taking root at P&G – which can lay a claim to being the enterprise that invented the modern insights discipline.

“In our particular case, that’s been a huge push for us for a couple of reasons,” Lancor said. “One, the technology today makes it so that I’m not sure why you would pick up the phone and call your supplier when you have something right on your desktop, you can hit a few buttons, launch a survey, get the results back, a lot of the analysis is automated, etc.

“I’m not sure what the value you would get from going with a full-service supplier is.”

Alongside lower expenditure, this model can yield heightened efficacy. “It’s obviously more cost-effective, but it’s also something – because of the fact that you’re doing it yourself – you’re doing a much, much better job of thinking through, ‘What questions am I asking?’, ‘What am I going to do with this particular data?’ ‘What’s the analysis?, as well as having a more tangible feel for what the consumer is actually saying,” said Lancor.

“I think there’s multiple benefits there. And I think we’re going to continue to see that be a direction in the industry. I can’t understand why almost anything we would do going forward wouldn’t be something that wouldn’t be almost completely automated to a place where it could be DIY.”

Self-reliance feeds into a greater willingness to take calculated risks with research, too. And experimentation must be premised on a license to fail – ideally, in a manner that is rapid, low cost, and occurring before a product is rolled out at meaningful scale, according to Lancor.

“From our standpoint, what I always tell me team is, ‘If we’re succeeding 100% of the time, we’re really not trying hard enough,’” he told the TMRE confab. “I don’t think the idea is well, you just want to fail … I think the idea is that we really want to learn quickly. And giving yourself permission to fail is, of course, an important part of that.”