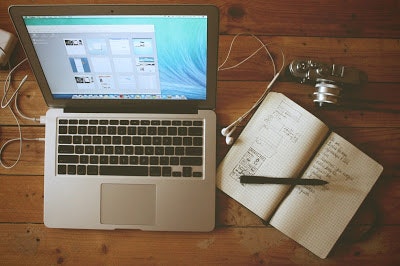 While we have to remember that it is entertainment'and that some parts of it might not be totally real'it's been an interesting study for me to watch the differences between the judges on American Idol.

Randy Jackson exhibits all the hallmarks of a flaming extrovert. He interrupts the other judges, and host Ryan Seacrest, all the time. Not because he's being rude, but because he's thinking. And extroverts think out loud. He says a lot of words when he talks, and often repeats one or more of them many times'especially if he's passionate about what he's saying. His gestures are large. His voice is loud. And while the last two don't necessarily point to extroversion (I'm a rather loud introvert myself), they do often go hand-in-hand.

Steven Tyler exhibits the tendencies of an introvert. I know it seems hard to imagine that this rock star, who has made his name (and fame) by being the exhibitionist front man for one of the most famous bands ever, could be an introvert. But based on his behavior as a judge on Idol, I'd guess that's who he really is. He rarely speaks until he's specifically called upon by Ryan. He never interrupts the other judges. He says far fewer total words than Randy does.  His speaking voice is relatively quiet (again, not that that necessarily means he's an introvert, but it seems to fit the demeanor in this case). His gestures and body language generally aren't flamboyant (again, not necessarily the sign of an introvert on its own, but another clue). While he does make the occasional grand gesture (like diving into the pool fully clothed at the end of one episode) it appears to me that this is him performing. I think the 'real' him is the thoughtful, relatively quiet, more introverted person.

Jennifer Lopez's preference for introversion or extroversion is less clear, based on her behavior on the show. I tend toward thinking she prefers more extroversion, but that's more speculation. The other two's preferences seem more clear to me.  So I'm going to focus on the differences between Randy and Steven.

While Randy might, on the surface, appear to be giving more feedback, if you really think about what's being said, Steven contributes an equal amount of thinking and feedback as Randy, just more in the style that an introvert contributes. He's equally effusive, although less wordy, when someone performs outstandingly well. And he's equally honest when someone doesn't.  He appears to think through what he wants to say before he says it'a classic trait of an introvert.  Randy, true to his extroverted style, appears to do his thinking as he's talking.

How Does This Relate To Your Innovation Work?

Well, besides the fact that I just find it interesting, it can illuminate how to get the best of each person on your innovation team'by making room and space for both introverts and extroverts to do their best thinking.

A lot of innovation work, particularly in the early discovery and idea generation phases, tends to be done with a team all in a room, or on the phone together. This group work is where extroverts are most at home'they love the energy of bouncing ideas and thoughts off other people, it's often where they do their best thinking, and it's how they get jazzed about a project. So make room for that in your process. Let them talk all they need to, because that's how they think best.

But, to ensure that you get the best thinking from the introverts too, you need to give them their commensurate time and space. You can start by publishing the objectives and agenda of any meeting well in advance, so they have time to incubate on it privately.

When you need to generate new thinking in a group, ask that all participants do a preparation assignment in advance.  This allows the introverts to do some deep thinking about it when they're alone and can do their best thinking. It also offers the added benefit of getting the idea generation off to a quick start when you do get the team together. The introverts will come with some ideas already thought-through. The extroverts might come with their thoughts less fleshed out, but they'll use the energy of the moment to generate even more.

And when you do need to come up with ideas more in the moment (when there isn't time for a prep assignment), make sure you have a few minutes of silent thinking before people start talking. The extroverts will be chomping at the bit to start talking, and will think the three minutes of 'thinking time' isn't necessary. But if you skip this, the introverts in the group will never have time to think, because it can be tough for them to think when everyone else is talking. So, if you're the one running the meeting, say: "Everyone please take a quiet moment to jot down some thoughts before we start talking."  The three minutes you spend, even though they feel wasted to the extroverts, will buy you dramatically better input and participation from the introverts.

In summary, keep in mind that you need to allow both types of people to feel like they're contributing at their best. An easy way to remember to do this is to remember what they might say:

You need to create both individual thinking time and talking time into your innovation process. Or you just might end up with ideas only Paula Abdul could love.

Susan Robertson is a Facilitator and VP of Business Development at Ideas To Go, Inc. Ideas To Go is an innovation process consulting firm. Our expert facilitators, along with our Creative Consumers' associates, will help stretch your thinking to discover insights, areas of opportunity, and your next big idea. For additional information, contact srobertson@ideastogo.com.