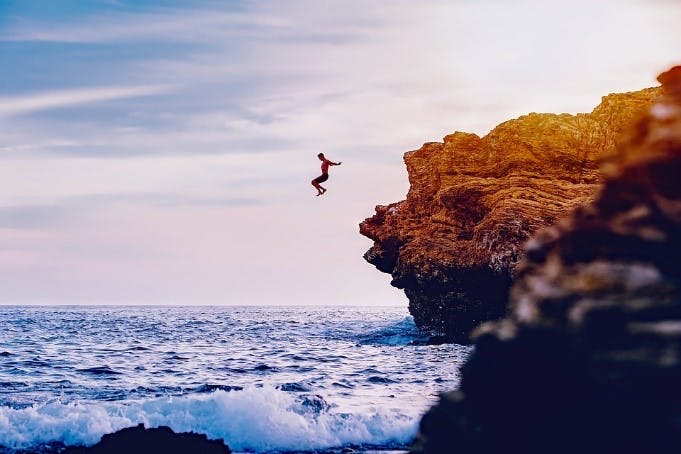 Thrill-seekers. These consumers are notorious for seeking out experiences that are exhilarating and risky. Some say people are “hard wired” for risk-taking while others say it’s a function of extroverted personalities. These individuals enjoy activities like sky diving, cliff jumping, and flying planes; their main goal is to participate in experiences that are filled with adventure and adrenaline with an obvious threat to physical and mental well-being. To appeal to thrill-seekers, companies commonly advertise to consumers based on their emotions and psychological feelings. Marketers identify what gives consumers a thrill; the thrill factor is key in marketing and an important element in making the sale.

Unfortunately, consumers with ‘invincible mindsets’ have become more prevalent in modern society. People with this mindset participate in death-defying activities but feel they have the unique ability to survive. Consumers cross the edge to experience thrill but expect to cross back over to safety unscathed. This mindset is why potentially dangerous activities have become so prominent and normalized today. Consumers continually push their physical limits to defy odds and discover how far they can go.

The question arises, at what point does marketing to emotions and psychological feelings become too influential? When does it become clear marketers are no longer innocently using psychology to reach consumers on an emotional basis and are actually influencing consumer’s mindset to become self-destructive?

The Controversial ICON A5 Aircraft

The marketers of the ICON A5 amphibious aircraft are under fire for their marketing campaign. The plane is advertised as easy to fly for non-pilots and includes flashy videos of the plane maneuvering sharp turns and at low altitudes. The plane and the ads definitely appeal to thrill-seekers. Unfortunately, the aircraft has been involved in three separate crashes since it has been released. Two of the crashes resulted in fatalities (including the death of MLB Pitcher Roy Halladay). Is it possible that the sleek marketing to thrill-seekers influenced risky consumer behavior? There are mixed reports; witnesses say Halladay was show boating and flying at low altitudes before he crashed while his family reports he was not a reckless pilot.

Leading to Win.
Go to site