Julien is a senior quantitative analyst in the Quantitative Research group at Bloomberg L.P., New York. He is also an adjunct professor in the Department of Mathematics at Columbia University and at the Courant Institute of Mathematical Sciences, NYU.

Before joining Bloomberg, Julien worked in the Global Markets Quantitative Research team at Societe Generale in Paris for six years (2006-2012), and was an adjunct professor at Universite Paris 7 and Ecole des ponts. 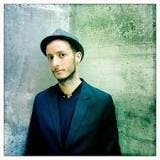 In this workshop we will address various aspects and techniques of modern option pricing. We will introduce mathematical tools, old and new, and explain how they can be used to solve modern quantitative finance problems.

The tools include McKean stochastic differential equations, backward stochastic differential equations (BSDEs), branching diffusions, machine learning techniques, linear programming, and optimal transport. They will be applied to a variety of challenging issues that are crucial for risk-management and model risk assessment: the exact calibration of models to market smiles; the valuation of derivatives under parameter uncertainty; the computation of the credit valuation adjustment (CVA) and initial margin (IM) of a large book of derivatives; the valuation of VIX derivatives,;and the derivation of model-independent bounds for option prices, given the prices of vanilla options. Implementation details will be provided, together with illustrative examples.

The particle method for smile calibration