Portfolio Construction in the Age of Machine Learning

Marcos López de Prado is the CIO of True Positive Technologies (TPT), and professor of practice at Cornell University’s School of Engineering. He has over 20 years of experience developing investment strategies with the help of machine learning algorithms and supercomputers. He launched TPT after he sold some of his patents to AQR Capital Management, where he was a principal and AQR’s first head of machine learning. Marcos also founded and led Guggenheim Partners’ Quantitative Investment Strategies business, where he managed up to $13 billion in assets, and delivered an audited risk-adjusted return (information ratio) of 2.3.

Concurrently with the management of investments, since 2011 Marcos has been a research fellow at Lawrence Berkeley National Laboratory (U.S. Department of Energy, Office of Science). He has published dozens of scientific articles on machine learning and supercomputing in the leading academic journals, is a founding co-editor of The Journal of Financial Data Science, has testified before the U.S. Congress on AI policy, and SSRN ranks him as the most-read author in economics. Among several monographs, Marcos is the author of several graduate textbooks, including Advances in Financial Machine Learning (Wiley, 2018) and Machine Learning for Asset Managers (Cambridge University Press, forthcoming).

Marcos earned a PhD in financial economics (2003), a second PhD in mathematical finance (2011) from Universidad Complutense de Madrid, and is a recipient of Spain's National Award for Academic Excellence (1999). He completed his post-doctoral research at Harvard University and Cornell University, where he is a faculty member. Marcos has an Erdős #2 according to the American Mathematical Society, and in 2019, he received the ‘Quant of the Year Award’ from The Journal of Portfolio Management. 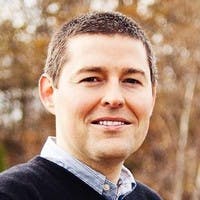 The objective of this course is to train quants in the application of machine learning techniques for portfolio construction. The content is eminently practical, and each module is illustrated with numerical examples. Participants will leave this course with application-ready knowledge, which can be put to practice in their particular projects. Materials are based on Prof. López de Prado’s new book, “Machine Learning for Asset Managers” (Cambridge University Press, March 2020).

Financial covariance matrices are numerically ill-defined, to the point that classical portfolio optimization solutions often underperform the naïve allocation out-of-sample. This first module explains how to correct the covariance matrix to reduce its noise-induced instability. These methods can lead to a reduction in portfolio estimation errors as high as 95%, compared to factor-based covariance matrices.

Many problems in finance require the clustering of variables or observations. Portfolio construction is a prime example. Despite its usefulness, clustering is almost never taught in finance or econometrics courses. This module reviews two general clustering approaches, partitional and hierarchical, which are particularly helpful in asset management applications.