The Difference Between Innovative & Stupid 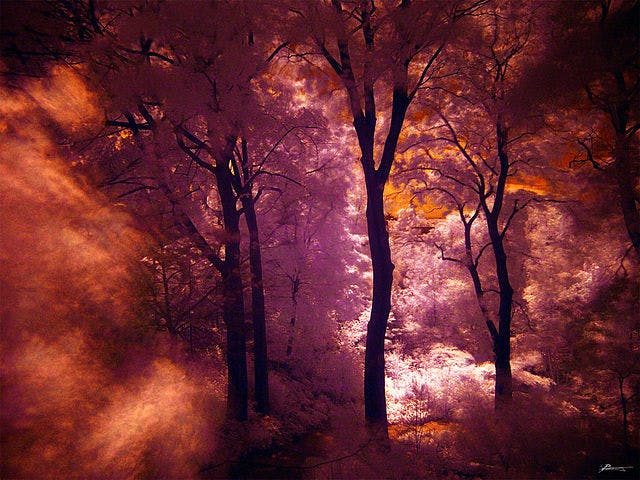 [I'd be interested to hear from others on this topic. How do you tell the difference between innovative and stupid?]

Hindsight is usually 20/20, unless of course you're a perpetual drunk or a serious candidate for rehab. It's relatively easy to look back with the wisdom of time and the help of modern day crowd-sourcing to identify great moments and products. Or specifically, innovative moments and products. But how, in the midst of the moment, can you identify true innovation? How do you know your idea isn't simply stupid?

Of course there are different types of evaluations an organization can perform on new product ideas ' Stage-Gate' scoring, customer feedback, test market campaigns, etc. But such evaluations are a reflection of, but do not necessarily pertain directly to innovation. They're actually specifically geared towards determining market success, which may or may not actually be completely attributable to innovative ideas and practices.

Bob Dylan went electric at the Newport Folk Festival on July 25, 1965. He was booed aggressively when he did. Despite the negative crowd reaction, he continued to perform plugged-in throughout the formative years that followed. I imagine Bob Dylan didn't care too much about what the crowd actually thought at the time. He would forge ahead with or without their approval. I wonder though if he realized the innovative impact his electric guitar would have on folk and rock 'n' roll music.

I recently had an opportunity to participate in a discussion with music critics Jim DeRogatis of the Chicago Sun Times and Greg Kot of the Chicago Tribune. In addition to their respective writing duties, Jim and Greg also host the nationally syndicated radio program Sound Opinions (http://www.soundopinions.org/), the world's only rock and roll talk show. It can be heard coast to coast on public radio stations throughout the United States.

At some point during the discussion I asked Jim and Greg the question, 'How do you determine whether a new piece of music is innovative, rather than simply just stupid'? When I asked the question, I knew whatever their answer would be, it wouldn't actually address the fundamental issue facing a musician in the midst of the creative process (or organizations attempting to develop innovative products). Jim and Greg were answering from the perspective of a listener (or in this case critic). For the most part, the music they listen to (like all of us) has already been recorded and released by the time they hear it. They're not struggling to create innovative music themselves.

Their responses were enlightening and entertaining none-the-less and reinforced some of my own ideas on the matter.

Jim DeRogatis began by suggesting there's a fundamental difference between Patti Smith laying down the track 'Piss Factory' and some random person that, as he put it, 'farts into a mic and posts it on MySpace'. Both might be entertaining. But the former is innovative. The later is just stupid.

For Jim, the primary differentiating factor between such dichotomous recordings is the sense of 'passion' emanating from the effort. Passion is a key component to the innovation process and should be reflected in its outcomes. Listen to 'Piss Factory' and you can hear the passion in the voice of Patti Smith. As for the MySpace posting, I imagine you'd hear something fundamentally different emanating from'well, you know.

Greg Kot introduced an interesting phrase I'd not heard before. He concurred with Jim regarding the necessity of passion, but also suggested an additional element he described as 'amplified personality'. This is the extension of oneself as expressed through the music. It's personal and what makes the music unique and different. Via the amplified personality, an artist is able to 'transcend one's basic combination of influences.' It's as if the artist goes beyond the basic summation of his or her musical influences to create something truly innovative. From an idea and product development standpoint, amplified personality to me is akin to the expression of an organization's values and beliefs.

Greg made another interesting point when he said 'music is only as good as the person who listens to it.' But I'll save my discussion and the applicability of this statement to product innovation for another time. For now let's just say I concur with Jim's basic assertion concerning passion and Greg's concept of amplified personality. I'm of the opinion that a product should embody and be an extension of an organization's values. And whether you're assessing something after it's introduced, or attempting to evaluate the innovative merits of an idea in development, both passion and expressed values are critical elements in discerning innovative from stupid. I'll save this for another time as well, but passion and an expression of values are key components in what I term Gonzo Innovation.

Bob Dylan's 'Like a Rolling Stone' was selected as the No. 1 song in Rolling Stone magazine's list of 500 Greatest Songs of All Time (Issue 963, December 9, 2004). 'I wrote it. I didn't fail. It was straight.' So said Bob Dylan shortly after he wrote and recorded 'Like a Rolling Stone' in June 1965. I'm not sure how he knew the song was revolutionary in design and execution, but he knew it. Passion and amplified personality I guess.

As I try to finish my thoughts here in the wee hours of the morning, I can't help wonder whether all the people that booed Dylan because he turned on his amp during the mid to late 60's now recognize and are willing to acknowledge the innovative impact his electric songs and shows had on folk and rock 'n' roll. Do you think the guy that yelled 'Judas' at Dylan during the Manchester Free Trade Hall concert in '66 looks back and has had a change of heart concerning the innovative impact of that performance? I would hope so. It didn't take Dylan more than forty years and hindsight to figure it out though. In response to the heckler, Dylan kicked in to an acidic version of 'Like a Rolling Stone' and turned to his band and simply said 'Play it f**cking loud!'