Venture Capital Has Advanced Innovation in China Life Science; It Needs to Do More 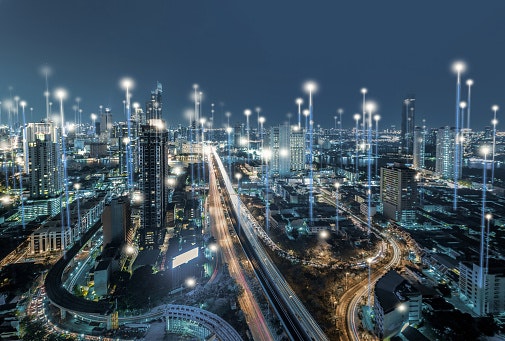 At the recent ChinaBio® Partnering Forum, a group of China VCs discussed their very vibrant field: $30 billion in VC investments last year, double the year before. More young companies need support and more capital is available for them. With all the activity, exits are taking place sooner, often before companies have launched a product. But the question remains: how innovative are these companies? Greg Scott, Chairman of ChinaBio®, led the discussion that included representatives of four China VC firms.

It's a very good time to be a venture capitalist in China life science, a panel of veteran VCs concluded at the recent 2021 ChinaBio® Partnering Forum. Young China biopharmas are busily developing novel drugs at an astonishing pace, and VC firms are happily supplying them with development capital. According to C-Bridge's Dr. Michael Keyoung, a turning point came about three years ago, when the Hong Kong Exchange began hosting IPOs for pre-profit young biopharmas. Suddenly, venture capitalists could exit via an IPO in three years, instead of the five to eight years that was the previous norm. "The Hong Kong Exchange changed the equation quite a bit," he said.

China novel drug discovery was already under way when Hong Kong opened the door for young biopharmas to exit. But after the Hong Kong Exchange put its new rules into effect, the payoffs happened more quickly and, as a result, the metrics of biopharma investing began speeding up their rates of return.

According to Greg Scott, ChinaBio's Founder and Chairman and moderator of the panel, the VC firms in China follow three basic models:

1. The Traditional Model -- invest in fairly young companies before proof-of-concept, and wait five to eight years for an exit, a duration that has become much shorter in the last three years.

2. The Creation Model -- forming companies from nothing, VCs creating companies around a specific technology or around a group of leaders.

As an example of the Traditional Model, Scott suggested Decheng Capital, which has often been the first money in early stage innovative companies. But Victor Tong, a Managing Partner at Decheng, considers his firm more of a hybrid version of the Traditional and Creation Models because its most recent successes, Cirina-Grail and ReadCore, were very early investments. "When we first became involved with Cirina, it was just founders and intellectual property from Professor Dennis Lowe at the Chinese University of Hong Kong," he said.

CBC Group (formerly C-Bridge Capital) was offered as an example of the Creation Model, because it created several companies from nothing, including Everest Medicines. Everest was founded in 2017 as a platform company with a business plan that combined in-licensing and its own drug development. It has also already managed to spin out a separate company, EverInsight, which has in-licensed a CNS asset from US-based VistaGen.

However, according to  Dr. Keyong, Everest's platform was actually its "incredibly experienced management team and scientists," a non-traditional use of the platform concept. He said, "It was a platform in a sense that we created our own business development team and three different medical verticals with three different Chief Medical Officers, each in charge of one of them."

Yuwen Liu's BOHE Angel Fund, which doesn't precisely fit any of the three models but may be closest to the Traditional Model, operates as a first investor in new technologies. For the past five or six years, it has helped scientists with technology transfer. When it realized they needed additional startup assistance, Ms. Liu helped form two biopharma incubators, one in Beijing and the other in Suzhou. BOHE started out with $60 million in capital in its first fund and is now raising $75 million more, because, according to Ms. Liu, "We wanted to write bigger checks to some of their companies and participate in their A and B financing rounds."

Scott set up the discussion on innovation in China by saying, "As recently as four to six years ago China biopharmas were focused on 'Me too, Me better' drugs and maybe follow-on technologies. But at a previous ChinaBio session, big pharma companies were talking about how innovation has really increased in China from a few years ago."

He added that most VCs have portfolio companies that are generating novel technologies in China. As a result, a few China biopharmas have announced multiple billion dollar out-licensing deals to western companies in the last 18 months or so. This is proof that there is significant value being created in China, Scott added.

Ms. Liu noted that the founders of early stage companies, who are often younger scientists, realize that their competition is global. They are better at securing IP than their older peers. And they may also be better at collaborating and focusing on tech transfer, with an emphasis on benefitting patients, than earlier generations of China scientists.

Vivo's Dr. Lu added that for companies in China, their talented staff is their infrastructure and really their capital. Because of the buildup of that preclinical/clinical infrastructure in China, the next ten years should see an extraordinary amount of China innovation, she believes. She is serious about that: she is returning to China to participate first-hand in the country's upcoming growth.

Decheng's Victor Tong agreed that innovation over the last decade has increased dramatically. "Five years ago, big pharma medical device and diagnostic players would have said China is producing 'Me Betters.' But now they say, 'We see best in class assets coming from China and one of the advantages of China is that it has access to a large number of patients to run clinical studies much faster.'"

Scott asked, "Several years ago, the thought was 'A complete infrastructure needs to be in place to really do novel drug development.' Have we moved very far along this path?"

Dr. Keyoung responded, "A lot of what we have been going after is admittedly low hanging fruit, where US venture capitalists back companies that become public companies on the basis of in-licensed clinical stage assets, US assets, drugs that are innovative and differentiated. We were able to bring them to China."

He continued, "So we definitely haven't invested enough in terms of local China R&D except for some notable cases. For example, at I-Mab we partnered our CD47 mAb with AbbVie for close to $3 billion. We supported their R&D in China, and we hope we'll see a lot more of this."

"During the next 5 to 10 years, you will see more approvals," Dr. Keyoung added. "BeiGene was the first China company to land a US approval. I do believe, as mentioned by the panelists, that in partnership with a local leading scientist, you could really create a lot of innovation. That success would beget more success. It's great to have the ecosystem and in the next 5 to 10 years, I'm definitely bullish on the innovation that will come out of China."

Ms. Liu plans to keep working with university scientists and their discoveries. "In three to five years, the companies founded by Chinese scientists as their second job will have their novel discoveries, which will be first-in-class and already at clinical stage, in Phase II trials at least," she said.

Viva's Dr. Lu is also very positive on the near future. "I agree with what everybody has said. I think in the next three to five years we will have a first-in-class global asset coming out of China. If you want me to bet, I would bet it's in cell therapy," she said, ending the panel's discussion with a strong opinion. Scott promised to remember Dr. Lu's prediction and revisit it in a few years,

While reminiscing about the past, predictions were also made by CBC's Dr Keyoung, "When I met you, Greg, 12 years ago, we would not have said there will be a billion dollar public biopharma company coming out of China by 2021. But now we are seeing that. And the question is, does it stop at a billion? Of course not. It will not stop at $10-50 billion either; it could go up to $300 billion."