How sea turtles are essential to success in China 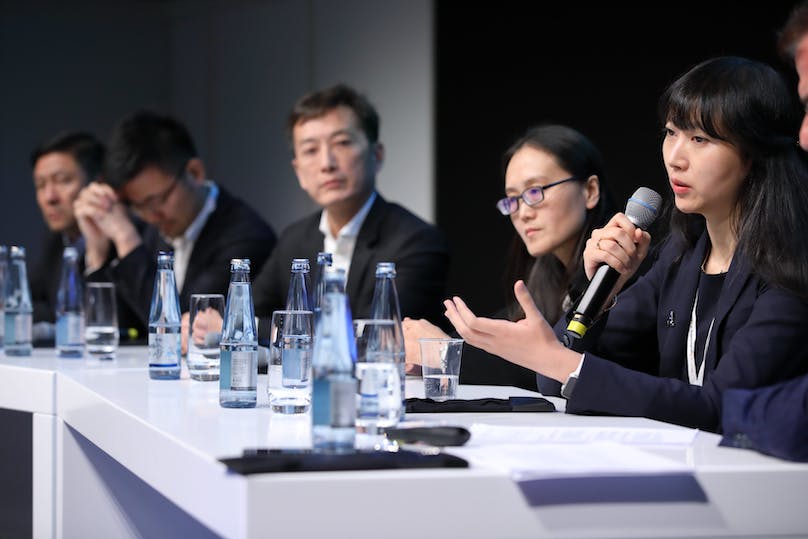 BIO-Europe® 2019’s panel on “The China Market” covered a lot of territory, which is appropriate for a country where sales of pharmaceutical products have doubled since 2013 to over $137bn in 2018, with 2030 predicted to be the year when sales reach 50% of the US market. Hosted by Ruediger Herrmann, partner at McDermott Will & Emery, the panel discussed the market, clinical trials, sophisticated business models, novel science, and the importance of “sea turtles.”

Recent changes in the Chinese regulatory and legal systems have transformed the Chinese life science market. March 2019’s “Foreign Investment Law,” and the roll out of an enhanced Drug Market Authorization system, now makes it much easier for companies to do business in the world’s second largest pharmaceutical market. Elpiscience’s global head of business development, Ming Fang, commented that with the simplified R&D application process an IND can now be approved in just 51 days, compared with over a year recently.

Swimming with the sea turtles

Several of the panelists commented on the value of returning “sea turtles,” a term for Chinese nationals who have worked in the global pharmaceutical industry and then come back to China in an entrepreneurial capacity. According to Vivian Feng, senior director of business development at Fosun Pharma, around half the Chinese pharmaceutical industry is now staffed with such well-traveled and seasoned professionals, who are experts in cutting edge technology, including the use of artificial intelligence. Investment is following in the wake of these sea turtles, with VC and private capital investment in biotech flooding in like never before, with over $17bn invested last year. The public markets are also riding the wave; five of the world’s top ten biggest biotech IPOs in 2019 were done by Chinese companies, raising around $1.6bn.

Zai Lab’s Jonathan Wang, VP and head of business development, highlighted the oncology opportunity. There are over four million annual incidences of cancer, and a real drive, supported by the regulatory reforms, for Chinese pharmaceutical companies to develop first in class therapeutics. James Huang, managing partner at Panacea Venture, commented that while oncology is a super crowded field, and cost per patient is fairly similar to Europe, advances in technologies such as cell therapy results in costs dramatically lower than in the rest of the world. Some therapeutic areas, such as cardiovascular, neuroscience, and ophthalmology also offer extremely fast patient enrollment.

Wang mentioned a Nature paper that crunched the numbers on patient recruitment. The paper found that in China, a recruitment rate of around 1.5 patients per site per month is around six times faster than the US average. This lightning-fast patient recruitment rate can help speed global development of therapeutics. Fang listed disease areas of high incidence, such as rare diseases, gastric cancer, and nasopharyngeal cancer, where China is in a unique position to help accelerate approval, and drive the global success of new molecules, through hosting multi-center clinical trials.

Ji Li, venture partner at Lilly Asia Ventures, described how China’s clinical trial capability has evolved very quickly, as the commercial opportunity for innovative drugs grows ever larger. Ji highlighted the untapped large patient pool, with different standards of care. But to be successful, it is essential to work with a local partner. It would be “quite dangerous” to rely solely on a CRO.

A license to cure ills

The panel also talked about licensing and innovative business models. Some of the best-known names in pharma, including Amgen and AstraZeneca, have been placing big stakes on China: Amgen, with its $2.7bn cash deal for BeiGene to commercialize three of Amgen’s cancer drugs; and AZ’s Triple China Initiative, creating an AI innovation center in Shanghai, doubling the headcount there to 1,000, and creating a Healthcare Industrial Fund with a $1bn target size.

Feng noted how this is in stark contrast to around five years ago, when there was not much business development out-licensing. Now there is a lot to out-license, with a critical concept, raised by Fang, of ‘affordable innovation’ without compromising on quality. Li built on Fang’s comment, outlining how a focus of the regulatory reforms, including bioequivalence tests, has led to elimination of many of the poorer-quality suppliers. There is also a new system in place where companies bid for business in China’s eleven largest cities, with prices dropping 90–95%. The winning bidder has a small margin but much higher volumes, potentially reaching millions of patients. Li noted it is a rapidly evolving space with health resources being reallocated in a shift to focus on innovative medicines.

As new US legislation has made Chinese inward investment more difficult, interest has turned to Europe. The panel gave advice on what the typical Chinese investor is looking for in Europe. Li felt the team is particularly important, providing the investor with the confidence to place a bet. Chinese VCs may also prefer to work in a syndicate with local investors as they will be less familiar with a new geography. Huang commented that biotech companies are “so thirsty for capital,” and should really look to China, where venture rounds can reach figures of up to $500m, which is unheard of in Europe. The Hong Kong Stock Exchange has raised more capital than any other exchange over the last five years. Companies should be thinking longer term, building businesses in China which help with retaining ownership of assets, and enabling access to capital.

For global companies genuinely interested in doing business with companies in China, it pays to visit the country, to develop a better understanding of the culture and of a potential partner’s track record. Among the final words on market access advice from the panel, what stood out was the importance of being science-led and building friendships first before getting straight down to business. In essence, look after the sea turtles and they will look after you.

In the meantime, learn more about how you can attend China Showcase, January 12, 2020 in San Francisco during the busiest week in healthcare. Meet and network with leading investors to amplify your China strategies.